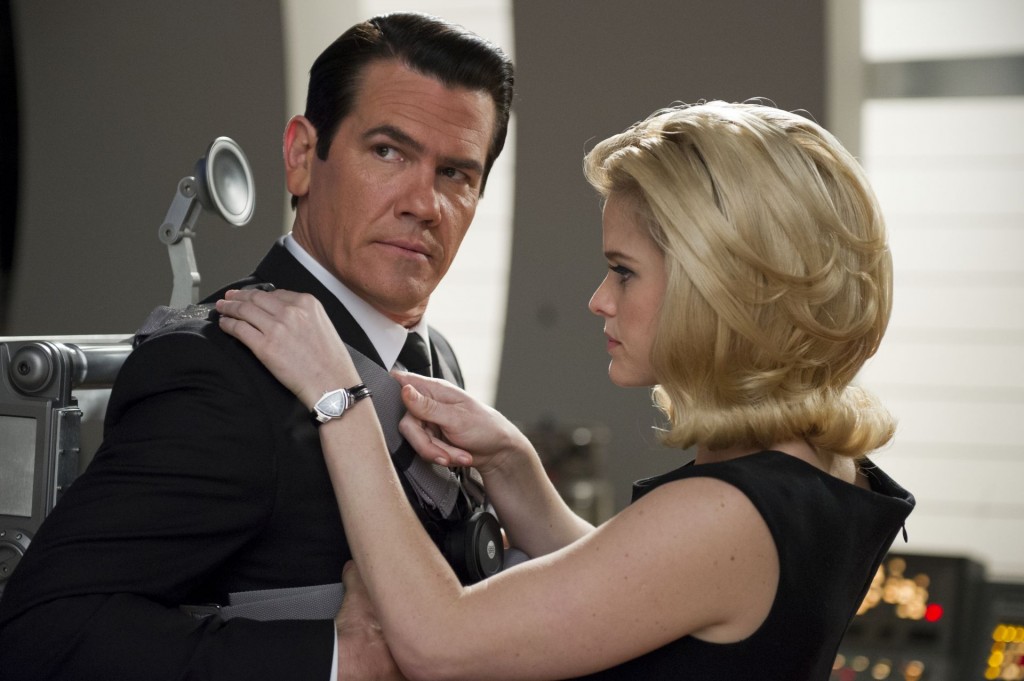 Men in Black 3 is a fun addition to Men in Black Franchise. I’ll admit first hand that I did enjoy Men in Black 2, but it definitely not as good as the first. But quick, if you want to feel old, realize that the first movie came out in 1997. That’s 15 years ago!

This movie takes place as if all that time has taken place, with J and K continuing to be partners all that time (well minus the time he had his memory wiped in Men in Black 2.) and J is feeling like there are some relationship issues. When an alien kept in prison on the moon escapes he goes back in time and erases K from the present. J is the only one that is remembers K and has to go back in time to save him before the entire current present is overrun by a race of aliens.

One of the biggest flaws in the time travel in the entire movie happens at this point, as they say that J can remember because he was there (though the past is already changed? It’s very weak and never explained). However, the actual time travel itself looks really cool. Finally J arrives in 1969 right before the moon landing.

J tries to prevent the death of K without him knowing but fails miserably. Now the best part of the whole movie has to be Josh Brolin playing a young Agent K perfectly. I mean its almost uncanny. In many ways it completely makes the movie. Things don’t go as planned and they meet up with other aliens, including an alien that can see all probable outcomes at the same time.

The other second best part of this movie is the retro versions of the aliens, tech, and fashion. Rick Baker once again does the alien makeup and design and really makes the aliens look like the ones we’ve come to expect in the 1960s.

Overall the movie does have some problems, but it definitely stronger and funner to watch then number two. This is a fun popcorn movie that could have been better but is still entertaining to watch. I give it a solid 2 1/2 stars (nearly a 3) out of 5.