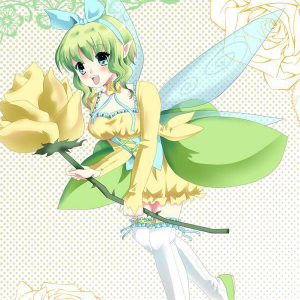 We had the chance to be able to visit the very first Bara no Toshi Con in Tyler, Texas. We’re told that this wasn’t just a first for Tyler, but also the first anime convention for all of East Texas. Bara no Toshi got off to a decent start but has room for improvement. While I think much of it is due to it being a first year con and therefore shouldn’t be harshly judged, some issues should have been foreseen that could have made the convention a bit better.


1. Great guests with some great panels

While I know that the convention is only a few hours away from the Dallas area so many FUNimation actors are relatively close, there was an overabundance of interesting panels such as a Fairy Tail cast panel with several of the main cast and the voice director and others (which the picture above shows it was packed). But that wasn’t all. There were panels for up and coming voice actors that offered a lot of insight and positive vibes for those who want to become voice actors. There was an acting workshop (which we missed) as well as 18+ panels from voice actors and other panelists. There were still fan panels, cosplay centered, and even online personality based ones as well. The variety of panels while only having two panel rooms was rather impressive.

While we were a little confused on the location of the concert since “Scenic Hill” could very well be a name of a room at a hotel nor was the actual location very scenic, we eventually were able to see some of the small outdoor concert with Todd Haberkorn, Whitney Rodgers, Natewantstobattle and more. It was an interesting change from other concerts at anime conventions since it was with much less equipment and more acoustic than you usually get since many are done on a fully prepped stage. That aspect was nice but it was also outdoors with no seating and at night with winter weather coming in so even for Texas the temperature was starting to get uncomfortable.  With everyone standing around, if you were younger or shorter, you wouldn’t be able to see as well. I think this was more a drawback of not having enough space and insufficient planning then the concert being a bust. I’d like to see something like this done again but with more preparation in a little bit nicer weather.

Even though this was the very first Bara no Toshi and a first for Tyler and East Texas, it was pretty clear that there is a pent-up demand for an anime convention in the area. We don’t know the area well but just from their site, it was clear that they underestimated the popularity since the convention hotel sold out and they had to use an overflow hotel. The halls and outsides were already full. Even with combined panel rooms, it was still standing room only.

While not a bad thing at all, definitely not the kind of crowd I’d expect from a first year convention. Especially when I’ve been to some small cons that are smaller than this one even after several years. So as far as numbers go, Bara no Toshi is off to a great start!

But because of the attendance some of the setup just didn’t work out well. The biggest issue was that Artist Alley was also where the entrances for the panel rooms were at. So not only was it a crowded place just from Artist Alley, but anytime the attendees were lining up for a panel, they would crowd the room and go out the door.

4. VIP for a first year Con strikes me the wrong way

This doesn’t include my general issue that I don’t think most conventions should have VIP tickets, but for such a small convention with only two main panel rooms shouldn’t have to have VIP seating. It’s not San Diego Comic-Con nor did the convention let you stay in the room between panels so in the end it just leaves a bad taste in my mouth as taking advantage of your attendees. Take it slow and respect the people that came to the convention.

5. Logistics need work (aka maps are your friends)

There was definitely some work that needed to be done with logistics that I think could have helped with some of the space and location issues. The place for autographs was never very clear especially when it was located inside a restaurant next door and then when at the place, there were no signs on the building to really know where you were supposed to go once inside. Also it was unclear exactly when each set of autographs were going to be taking place. It was a short walk from the hotel but when we didn’t see anyone walking over to the restaurant, it was very confusing.

It also took us a moment to realize where the proper entrance was for registration, panel rooms, and dealers rooms were. We first that the dealers room was the main entrance. I realize that some of this was because of the location but I think much of this could have been handled with some signs or a map both online or handed out. Because of the VIP tickets being seated first and an unclear seating policy, a young man was put in charge that shouted all the directions in a very crowded room when it probably was not needed or a separate section just for lines really could have been useful. I’m also aware that some of this lack of planning confused both the guests and attendees in a variety of ways.

While it may sound like I am being picky, theses are things that definitely should be addressed if Bara no Toshi is to be improved. All in all I could see that the attendees were really having fun and we enjoyed ourselves despite the annoyances. There were some great guests and a lot of people coming to experience the first anime convention in East Texas. In fact, I think the crowding and logistics could very well be because the con overbooked! While I’ll never turn guests away, I think Bara no Toshi could have been better served with fewer guests, more focus on all the attendees and their experience, and definitely finding a bigger hotel that is more suited to what is for sure going to be a growing convention.