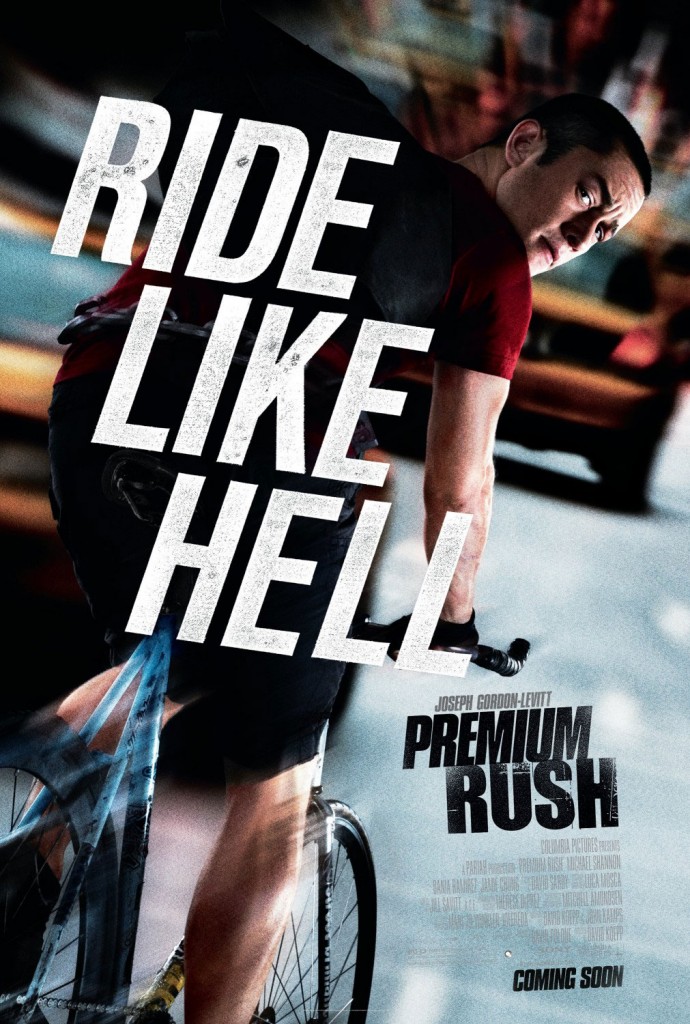 If there’s one thing that I’ve learned after watching Premium Rush, it’s that you should never ride a bike or drive a car if you’re in New York City. It’s very dangerous and will probably get you killed.

The movie is about Wilee, a bike messenger, who loves to race. Apparently he also went to law school but never took the bar. (Which is weird because this never really became a plot point.) He is given a special envelope from a friend and asked to deliver it across town to Chinatown before a certain time.

The trailer made it look like EVERYONE is going after him, when in reality it’s one bad cop with a ton of gambling debts. I will try to keep this non spoilery so I can’t go much deeper than that. However, as you can expect, things don’t go exactly as they wished and lots of problems ensue.

I think the best part of the movie is whenever Wilee is in a tough spot, he very quickly analyzes which is the best path for him to take so he doesn’t get in a wreck/killed. But they do show the outcome of every possibility which sometimes comes with gruesome results. Many times though they are very funny and provide some good laughs for the movie.

The movie is not amazing but a fun diversion. Joseph-Gordon Levitt is still kind of a jerk throughout the whole movie, but is still interesting to see. I will say that they way that they shot this film was impressive. It looks like it would have been really difficult to do, with them biking and what looked like live traffic. Joseph-Gordon Levitt even had an accident and crashed into a car, which they show as extra footage during the credits. Also the during the ending you get the strangest head death shot that I’ve ever seen. The guy just doesn’t want to die.

Overall, I give the movie a solid but fun 3 stars out of 5. Just be careful when biking and wear a helmet.