This week is an easy week to catch up on past movies you haven’t seen like Hunger Games or John Carter as there isn’t a lot coming out this week, unless you are Cori (one of our guest hosts). 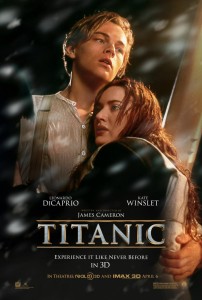 – The movie that Cori is wanting to see, Titanic 3D  is a re-release of the 1997 movie. Not much has been done here other than a 3D conversion. There is one cool story related to this movie, in that the only technical change is that astrophysicist (and all around cool guy) Neil deGrasse Tyson noticed that the star field for the scene when they are all in the water was all wrong and he jokingly emailed James Cameron about the error. They did in fact fix the star field. 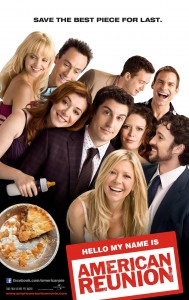 – Another sequel to the American Pie franchise, American Reunion takes place 13 years after the first movie and shows that many of the actors haven’t accomplished a lot since then.