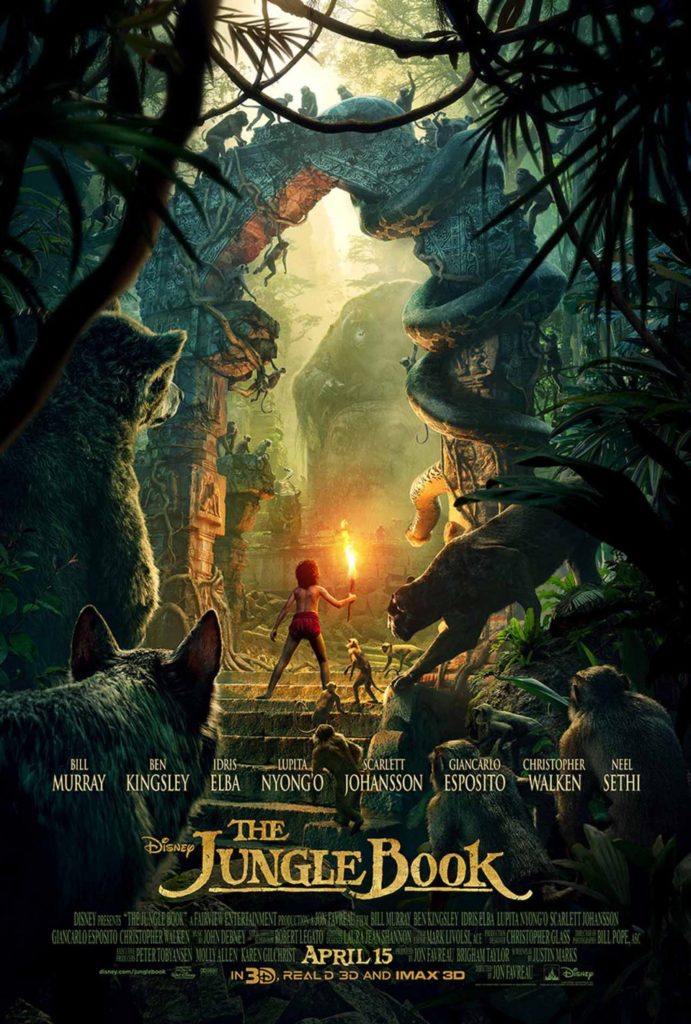 – The 2016 version of The Jungle Book is the latest live action remake of a classic Disney animated feature. This version of the Jungle Book is a mixture of a remake of the original 1967 Disney movie as well and including more from the original book by Rudyard Kipling, though Disney seems to have forgotten that they have already made a live action version back in 1994. This also looks like it’s one of the last acting roles of Garry Shandling before his death. This new version follows the same story line of the Jungle Book with Mowgli being raised in the jungle since he was a baby by a pack of wolves as one of their own and watched over the by the panther Bagheera. Once the presence of Mowgli the man-cub is revealed to Shere Khan and the rest of the jungle during a drought caused forced truce by the animals of the jungle to have water, it’s decided that Mowgli should return back to live with humans for his own protection. Along the way he comes in contact with the bear Baloo, the giant snake Kaa, and King Louie (who has been changed to a sort of terrifying Gigantopithecus) before he has to confront Shere Khan in a fight for his life. It’s also interesting to note that this version of The Jungle Book was filmed entirely in Los Angeles and the jungle and all the animals are completely computer generated. 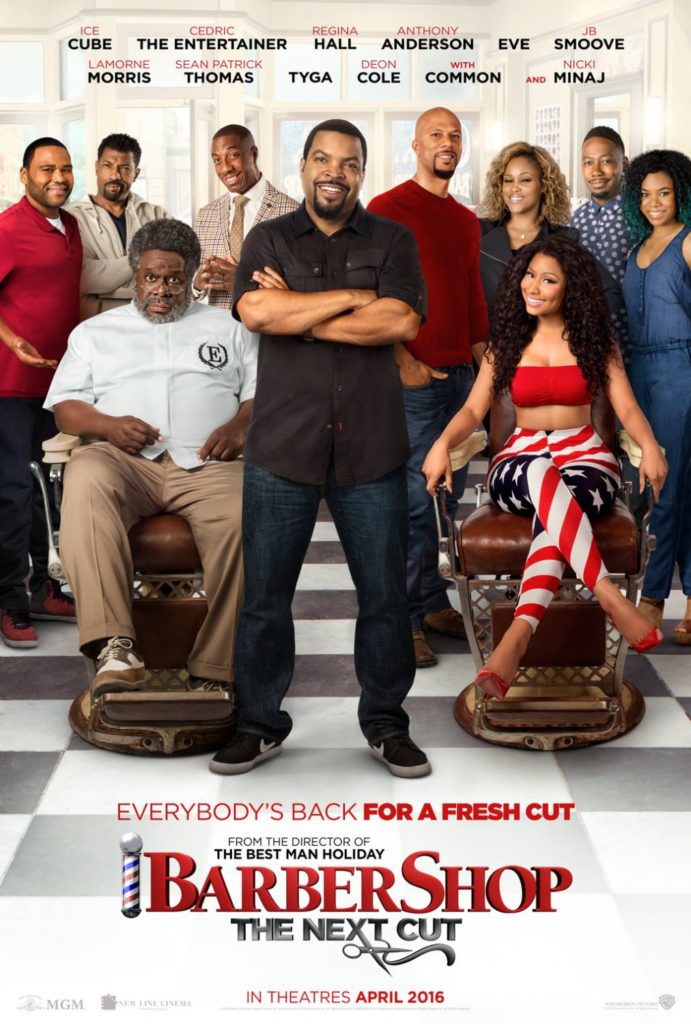 Barbershop: The Next Cut

– It’s hard to believe that it’s been 14 years since the original Barbershop movie and that this is the fourth movie in the Barbershop movie franchise (if you count the Beauty Shop spin-off) and an attempt to revive the franchise. Since the last movie, the barbershop and salon have had to merge into one business. Now not only do they have to contend with a different clientele and a battle of the sexes, but they have to try to deal with the rise of crime and gang violence in their area of Chicago. 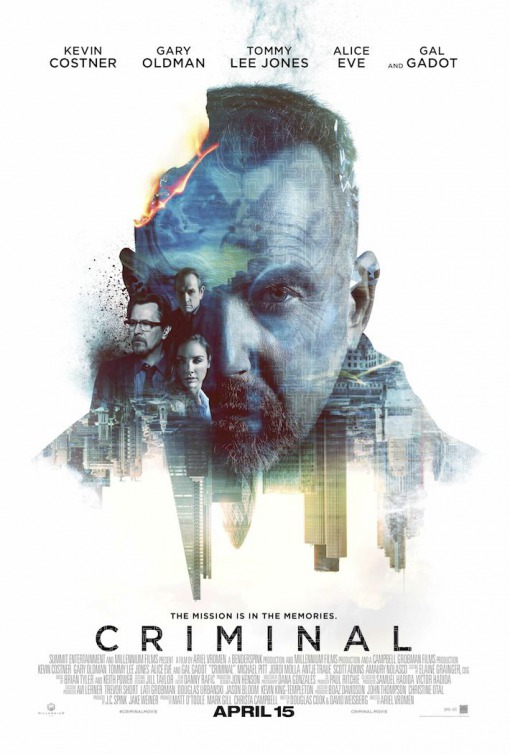 – When a CIA Agent dies after hiding a hacker capable of decrypting the world’s nuclear defense codes, the CIA turns to a dangerous death-row inmate, Jericho Stewart, to take part in an experimental memory transfer technique to transplant the memories of the dead CIA agent to Jericho. He’s selected due to brain damage from his childhood that left him with an underdeveloped frontal lobe that can be used to graft the memories. Using the recovered memories, Jericho is off on a search to recover the hacker and his program before he is found by those who want to use the decryption for evil.