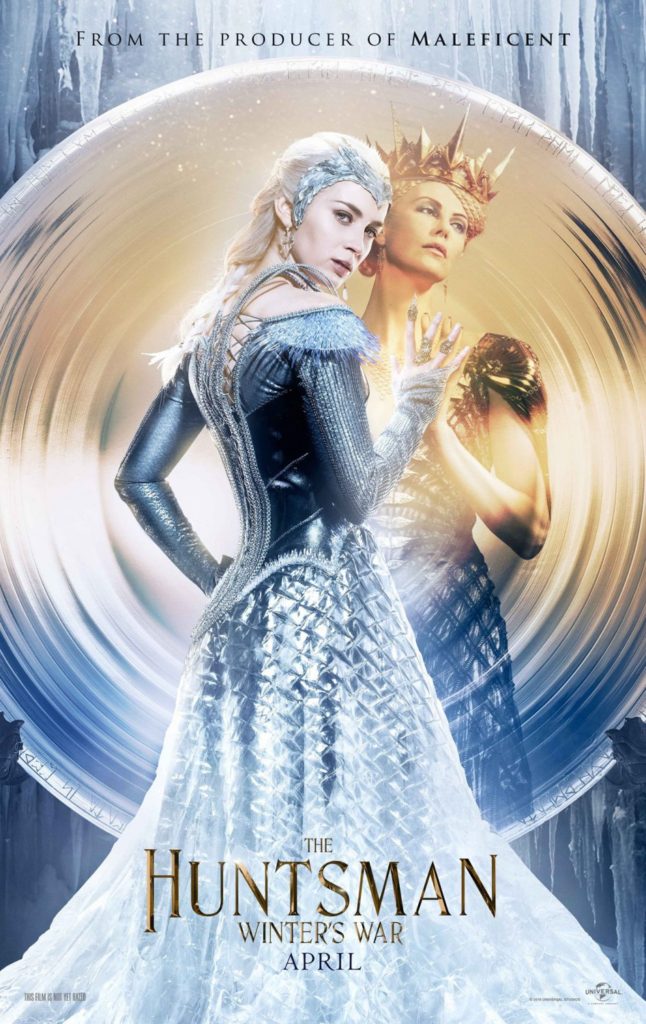 – The ill advised prequel AND sequel to the ABSOLUTELY TERRIBLE Snow White and The Huntsman movie. The Huntsman: Winter’s War does have the added benefit of not having Kristen Stewart among the cast and adds Emily Blunt which I think is a much better trade-off. The Huntsman movie confusingly combines Snow White, The Snow Queen, and a bit of Norse mythology (judging by names) to make one big hodgepodge that goes all over the place. Freya, who has the power to control ice and the sister for the evil sorceress Ravenna, retreats to a northern kingdom to raise an army of “Huntsmen” to protect her after her child is murdered. Freya gathers a number of children to train to be her “Huntsmen” and orders them to never fall in love. When Eric (the Huntsman from the first movie, played by Chris Hemsworth) falls in love with fellow huntsman Sara and Freya finds out, she separates them both by ordering Sara to death. The movie skips forwards to 7 years after Snow White and The Huntsman and Freya resurrects Ravenna using the magic mirror. Then Freya discovers what Ravenna has betrayed her and she teams up with Eric and Sara to bring down the evil queen and sorceress Ravenna once again. 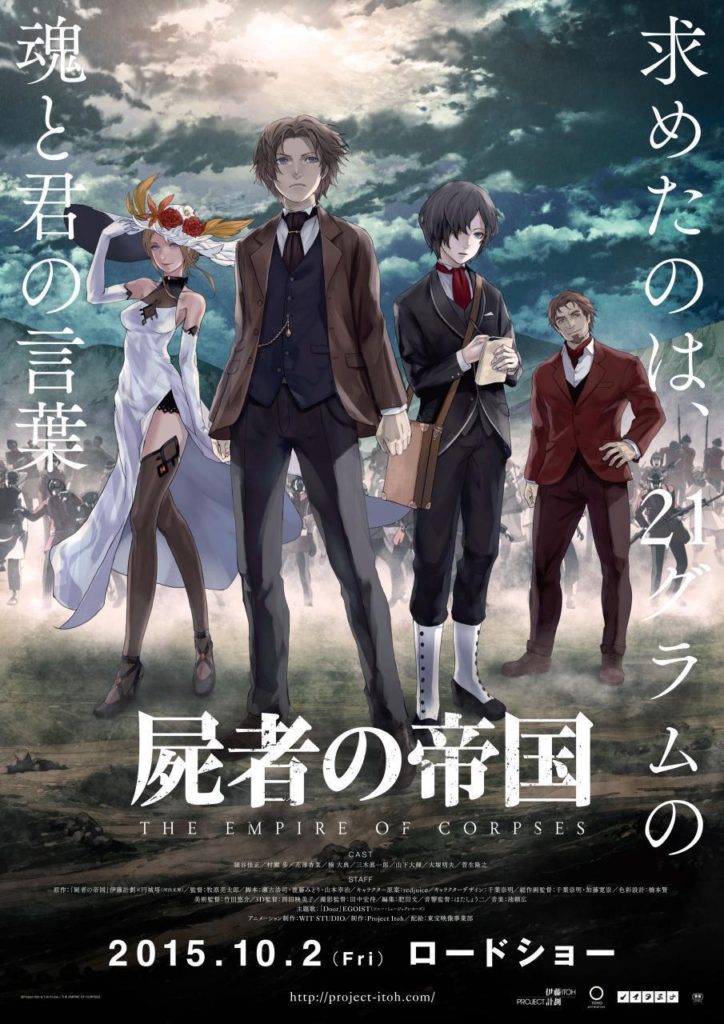 – The Empire of Corpses is the latest Funimation Film to hit theaters and is the first part of a trio of films based on novels written by Project Itoh to be released in the United States with the next one, Harmony to be released soon. The Empire of Corpses follows John Watson in an alternate version of the 19th century where Frankenstein’s monster kicked off an industrial revolution based of the technology to reanimate the dead to be used as soldiers or manual labor. After Watson is caught reanimating his dead friend Friday without government permission, he’s recruited to work for the government to recover Dr. Victor Frankenstein’s lost notes that may contain the information to reanimate the dead completely with a fully developed replacement soul to replace the one that is lost during death. Watson travels the world with his reanimated friend Friday in tow to recover the notes and give Friday back his soul. Be sure you stay completely through the end credits as there is extra narration and more to the story. It’s possible this could be held over like some of the other Funimation Films have been but depends on the theater.