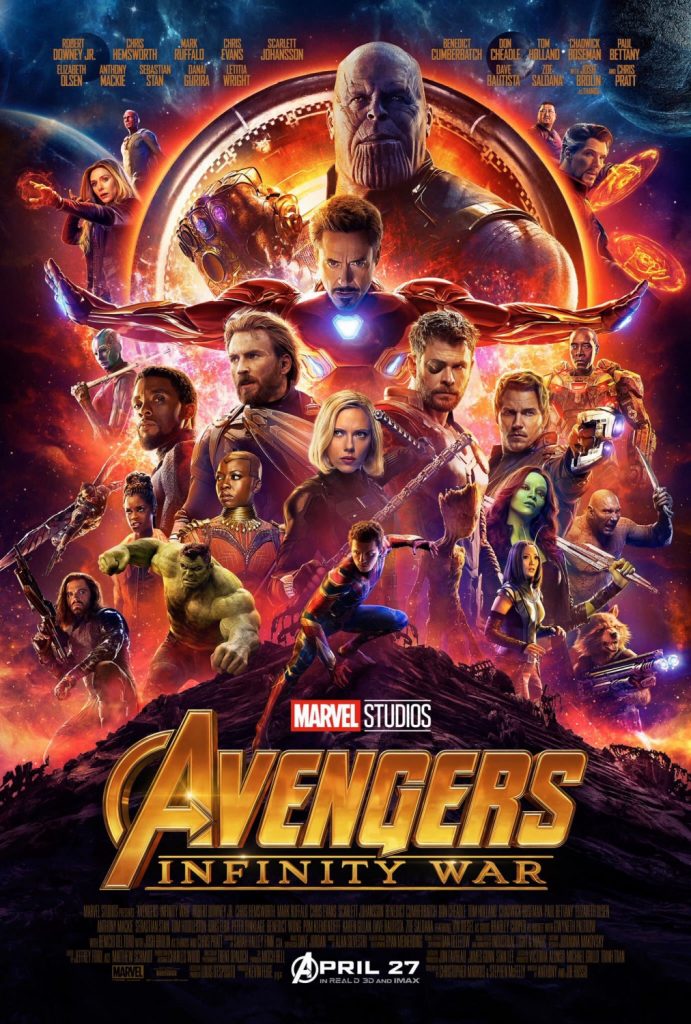 – The time we’ve been waiting for has finally arrived with the first part of the battle with Thanos! Since the beginning of the Marvel Cinematic Universe 10 years ago and then Thanos’ first appearance in Avengers, we’ve been waiting for this showdown and for him to collect the Infinity Stones. We’ve seen them pop up in the various Marvel movies over time, especially in Avengers (technically continuing it’s first appearance in Captain America), Avengers: Age of Ultron, Thor: The Dark World, Guardians of the Galaxy, and Doctor Strange, and now Thanos is out to collect them to add them to his Gauntlet to become the most powerful being in the Universe. Now all the heroes must unite so to attempt to defeat Thanos and his plan before he puts an end to the universe as we know it. We won’t go more into plot of the movie than that, as this is definitely one to watch with the still untitled next Avengers movie coming in 2019 to finish their battle with Thanos. We believe in #ThanosDemandsYourSilence!