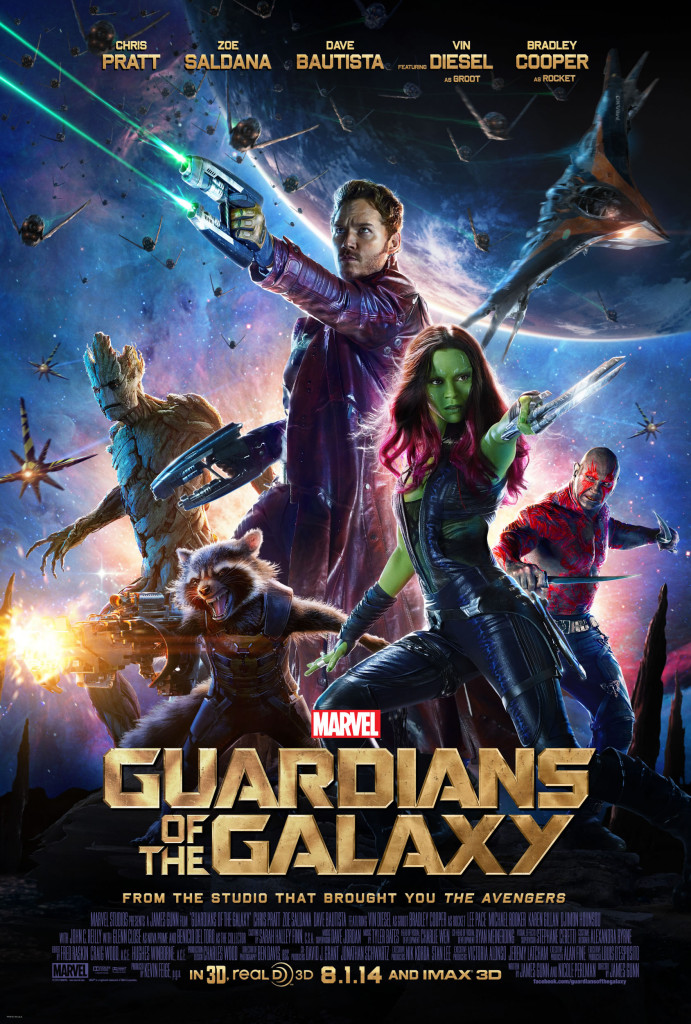 Guardians of the Galaxy

– Guardians of the Galaxy is the newest Marvel movie and the movie we’ve been waiting all summer for. Peter Quill aka Star-Lord is originally from Earth but has lived in space for many years. After stealing a sought after object that Ronan the Accuser was after, Peter is forced to join up with a band of outlaws to save the galaxy and protect Earth. This features Groot, the one sentence repeating tree and Rocket Racoon, a talking gun-toting raccoon. It’s probably the strangest of the Marvel movies so far with most people having little knowledge of the characters. But this is meant to introduce the “cosmic” side of Marvel more than just Thor and already has amazing reviews. In fact, a sequel by the same writer and director has already been announced for 2017.

Plus the original trailer that won my heart. 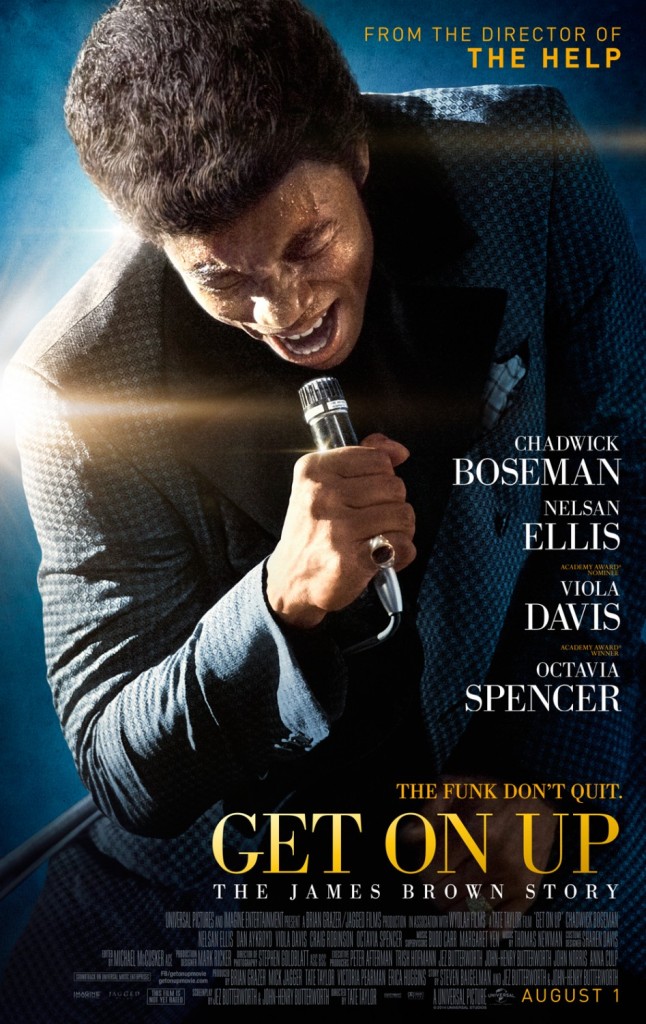 – Get On Up is an ill-timed (for going up against Guardians of the Galaxy) biopic about the life of James Brown from his early life onward. Sadly there has also been almost zero marketing for this film so I don’t know much about besides the trailer.