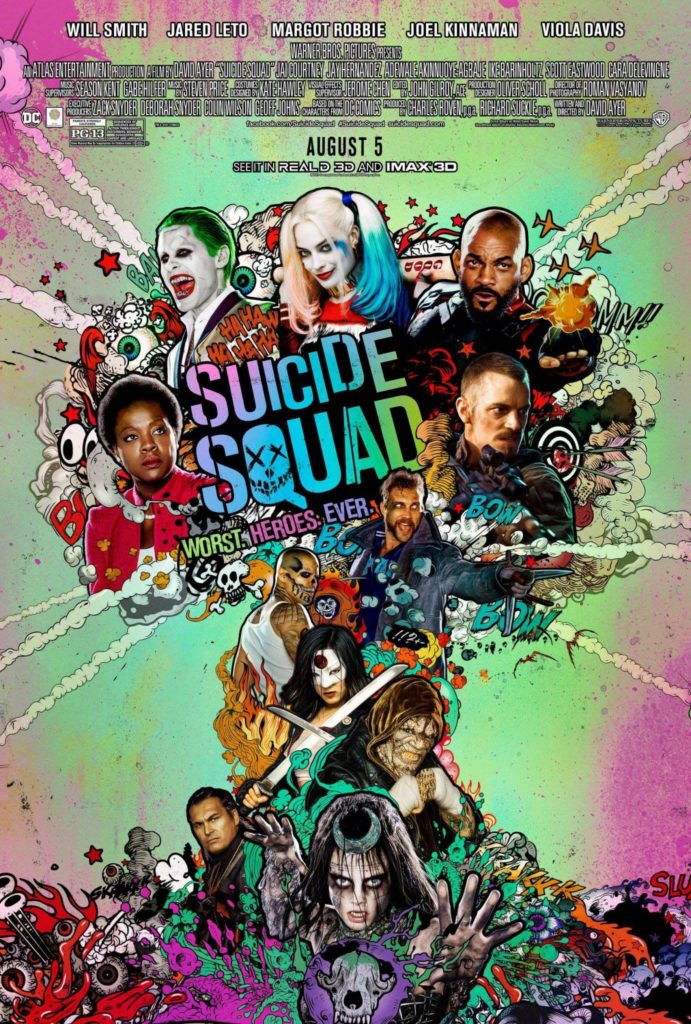 – After their attempt to introduce more of the DC Universe to the big screen with Batman v Superman, Warner Bros. tries again, this time with Suicide Squad (though to me, looks like they are trying REALLY hard to be Guardians of the Galaxy).

In wake of the events of the end of Batman v Superman (spoilers for the end), Amanda Waller assembles a group of imprisoned super villains to go on top-secret black ops missions where they can be disavowed if they fail or are killed but given clemency or part of a reduced sentence if they succeed. Gathering together Deadshot, Harley Quinn, Captain Boomerang, Killer Croc, Katana, Slipnot, and lead by Rick Flagg, the Suicide Squad is tasked with taking down Enchantress after she takes over a new human body. In the meantime, Joker is focused on rescuing Harley Quinn and causing as much destruction and chaos as he can.

I will say after hearing all the problems with the filming of Suicide Squad and Jared Leto desperately wanting to appear to be a tortured soul and be given props for the depth of his Joker and not shutting up about it, and even differing cuts of the film, it seems again that WB really doesn’t have a handle on their own cinematic universe. 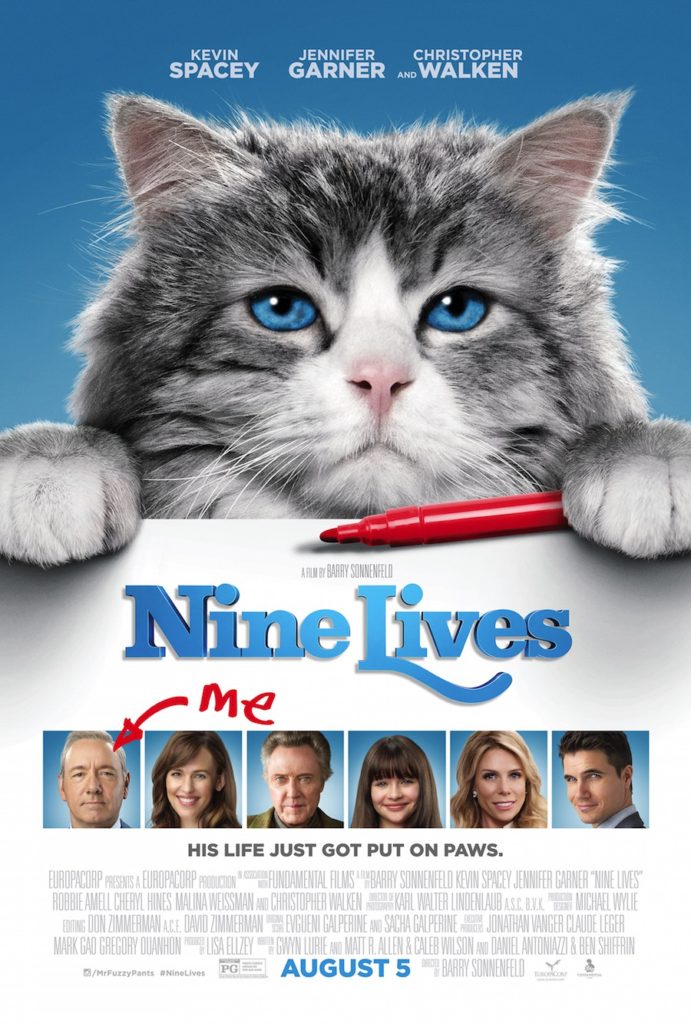 – Nine Lives will probably best be known as being “Kevin Spacey turns into a cat” movie. Tom Brand, workaholic billionaire owner of “Firebrand” has been ignoring his family and after running out of time and ideas on what to get his daughter for her 11th birthday, buys her the cat she’s always wanted but does so from a mysterious pet shop. But on the way home to the birthday party, he’s in an accident and wakes up in the body of the newly adopted family pet. Thanks to the strange pet shop owner, Tom Brand now has 1 week to reconcile with his wife, daughter, and son AS A CAT to become human again, or he’ll be stuck as a cat forever. Apparently Barry Sonnenfeld and his daughter helped provide additional cat sounds for the film.