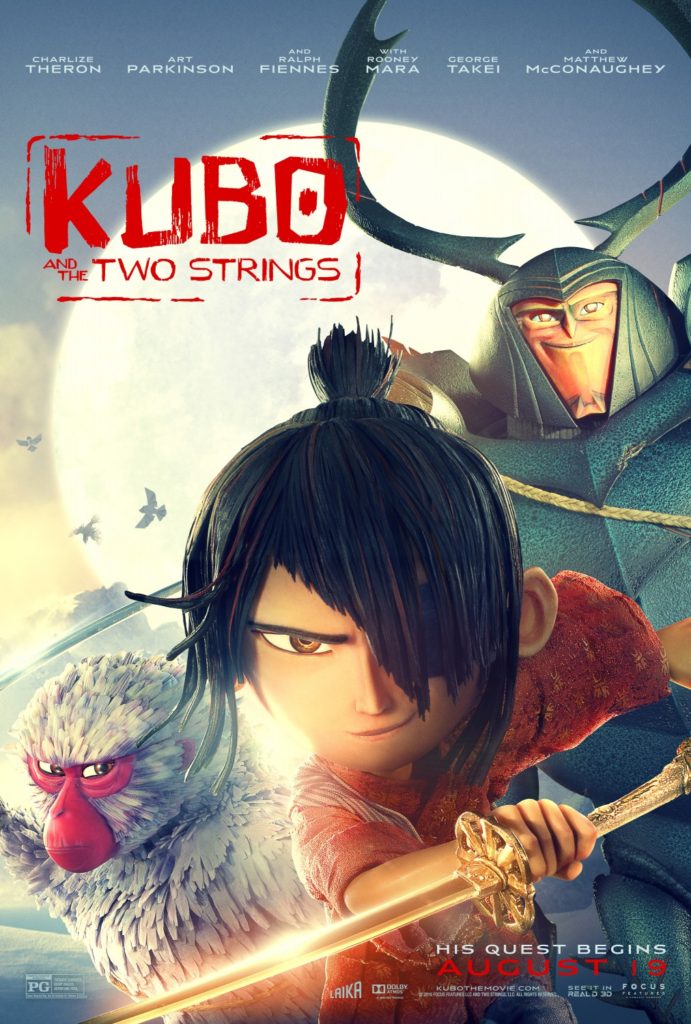 Kubo and the Two Strings

– Kubo and the Two Strings is the latest production by Laika Entertainment, who previously made Paranorman and Box Trolls. Kubo and his mother live in cave on the outskirts of a small Japanese village where Kubo entertains villagers with song and his magical power over origami with his shamisen to earn a meager living while he takes care of his mother. When Kubo breaks his mother’s rule that he shouldn’t go out at night, it sets his own quest into motion where he must collect his father’s armor in order to defend himself against the evil Moon King. Joined by his friends Monkey and Beetle, and with Kubo’s own powers awakening, he must find the armor before it is too late. 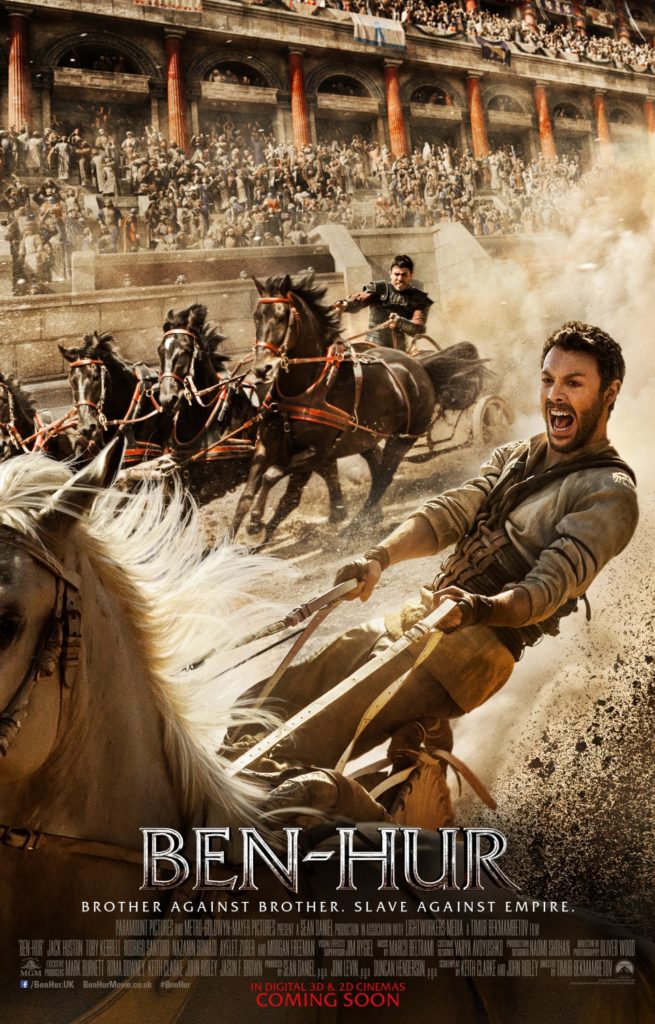 – You’d be forgiven for forgetting that this remake of the story of Ben-Hur was taking place since the marketing for it has been terrible. The story of Ben-Hur is based on the novel Ben-Hur: A Tale of the Christ about a Jewish prince falsely accused of treason by his adopted brother Messala who became an officer in the Roman army. Ben-Hur is forced into slavery for years and finally gets a chance at revenge in a championship chariot race. However, his desire for winning changes after he meets Jesus and witnesses his crucifixion and learns forgiveness. If you didn’t have knowledge of the previous movies, you may not have known about Jesus’ role in the movie or that this was meant to be a religious movie because the trailer doesn’t mention it at all. 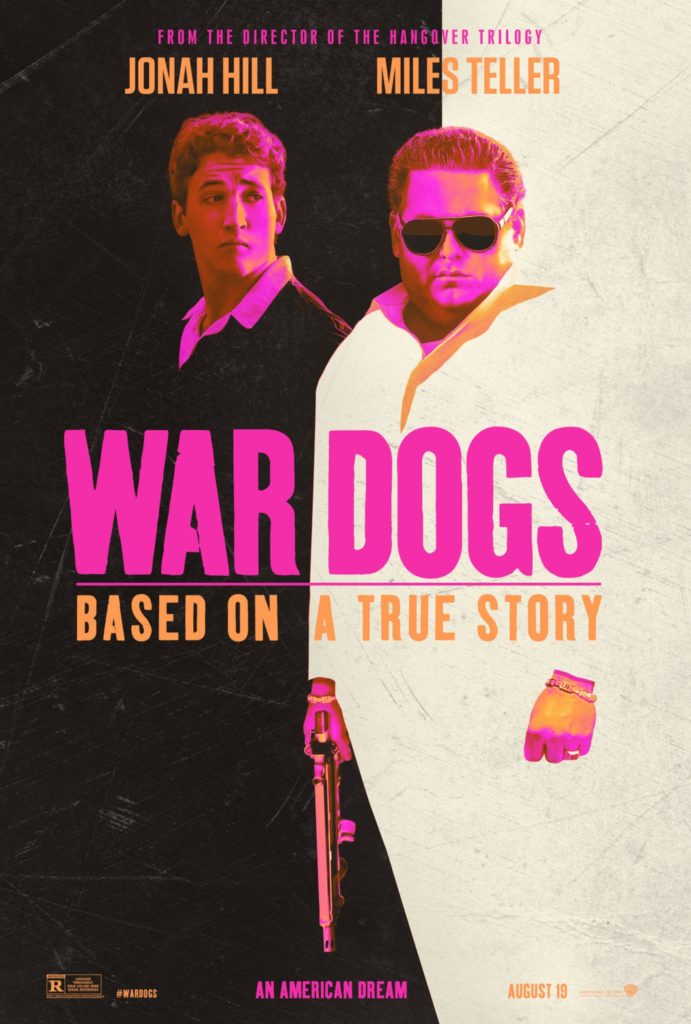 – A fictionalized version of two arms dealers that get a government contract to supply weapons in Afghanistan. War Dogs is vaguely based on the book Arms and the Dudes and takes a much more comedy bent as two friends get over their heads trying to fulfill their government contract. So when this movie heavily touts that it’s “Based on a True Story”, take it with a gigantic grain of salt. 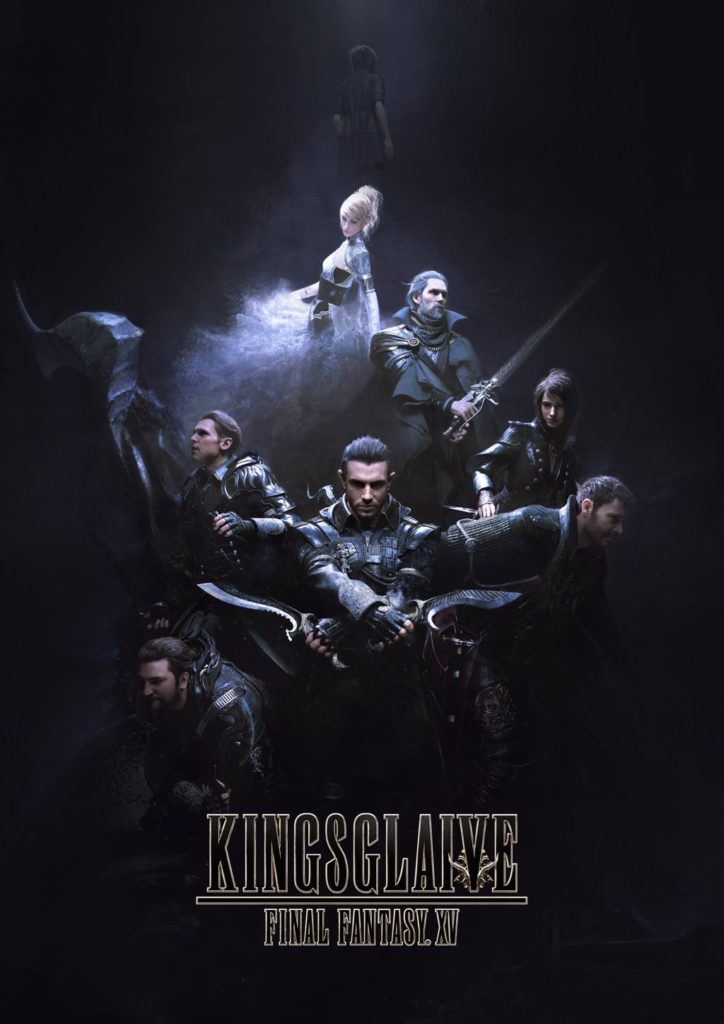 – Kingsglaive has an extremely limited release (though a couple of them right here in Dallas) but is important to the upcoming release of Final Fantasy XV along with the Brotherhood anime that’s been released on Crunchyroll that helps to explain part of the expansive story of Final Fantasy XV. Kingsglaive: Final Fantasy XV runs parallel with the Final Fantasy XV game. While the game follows the story of Prince Noctis, Kingsglaive: Final Fantasy XV tells the story of what happened to the kingdom of Lucis while the Prince was away on his trip. For years the kingdom of Lucis has defended themselves from the more technologically advanced and underhanded empire of Niflheim. Noctis’ father King Regis Lucis Caelum CXIII finally accepts a treaty between both kingdoms but King Regis’ guards, the Kingsglaive, see the treaty as a ruse to invade and seek to protect the king, the kingdom, and the magic crystal that gives those in the kingdom their power and protects it from Niflheim. The theatrical release will only be for a week, while the movie itself will be released digitally on August 30, 2016 and then on video on October 04, 2016 though some version of Final Fantasy XV will include the movie as part of the special edition.

If you’re unable to see the movie in theaters, the first 12 minutes of Kingsglaive: Final Fantasy XV have be released that hopefully will tide you over until the digital release at least.