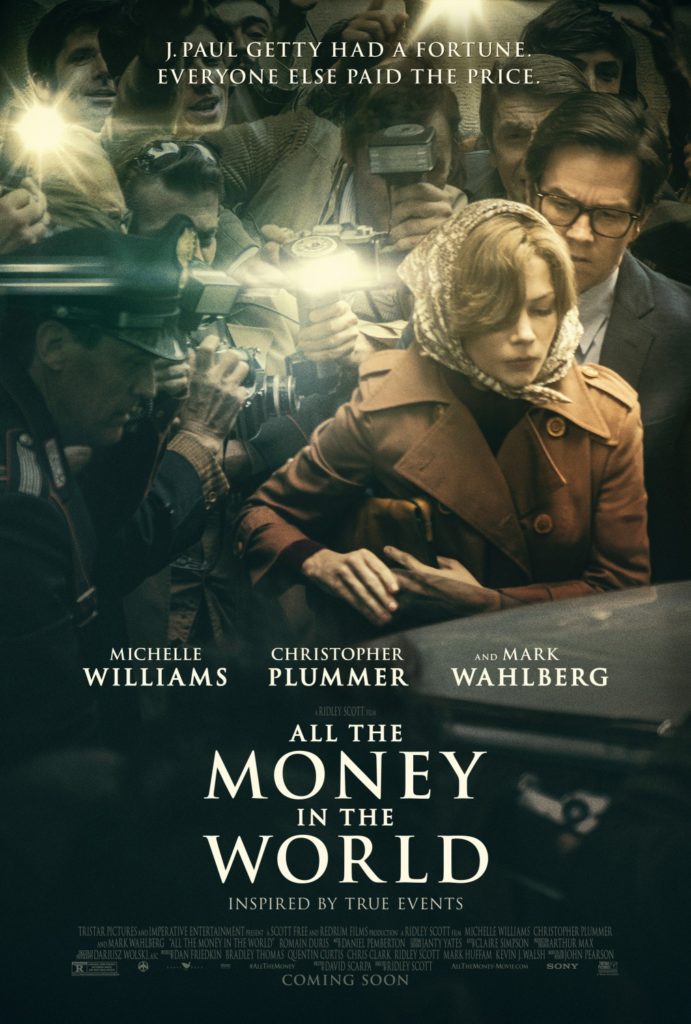 All the Money in the World

– If you ever want to be depressed by people, All the Money in the World is for you for a couple of reasons. First off, the Ridley Scott film is now probably most well known for originally starring Kevin Spacey as J. Paul Getty before his past of sexual abuse came out. In order to not taint the film and possibly to drum up promotion for the movie, the role was recast with Christopher Plummer and all the shots with J. Paul Getty were reshot in less than a month from release which is unheard of. The second thing to be depressed by is that All the Money in the World is based on the true story of John Paul Getty III being kidnapped by the Italian mafia in the 1970s and his rich grandfather’s refusal to cooperate and give ransom at first and then only if it was tax deductible later, resulting in John Paul Getty III’s ear getting cut off and worse. Though this is coming out now, the movie is based on the 1995 book of Painfully Rich: The Outrageous Fortunes and Misfortunes of the Heirs of J. Paul Getty. The kidnapping itself has also inspired the upcoming TV series Trust set to premiere on FX later in 2018.