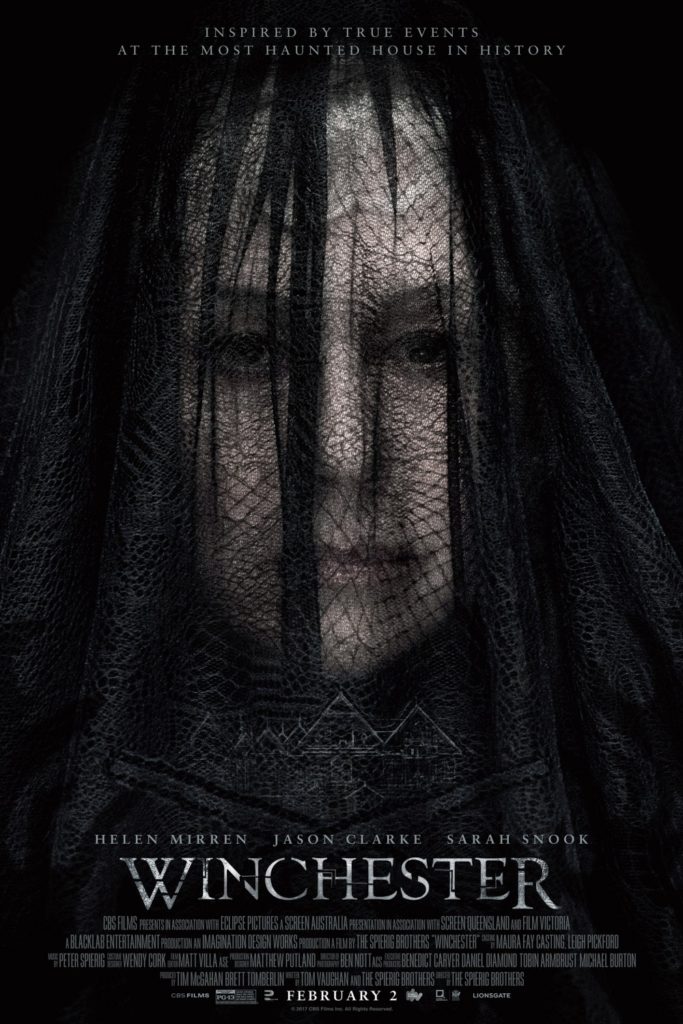 – A horror film based on the true story of Sarah Winchester. The Winchester Mystery House is a large mansion built by Sarah Winchester that she continually built. Previously the Stephen King novel and miniseries of Rose Red had been based on the mansion, though Winchester is one of the only films based on the actual house itself. As in real life, Sarah Winchester is the wife of the gun manufacturer William Winchester, and thanks to his death believed that she was being haunted by the spirits of those that have been killed by the guns he made. This film takes this more literally with Sarah being haunted by the spirits and using the construction to try to seal them up. Whatever you may think, the mansion itself is very cool and we highly suggest taking a look at it as we finally were able to do this past fall.