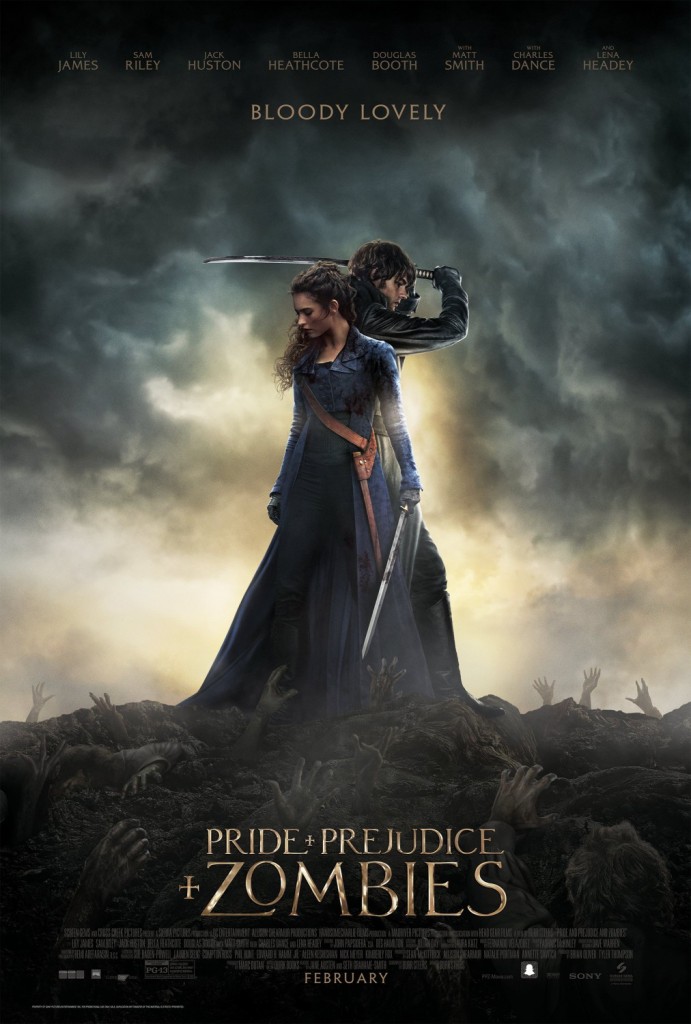 Pride and Prejudice and Zombies

– Pride and Prejudice and Zombies is a mashup of Jane Austen’s Pride and Prejudice and the existence of zombies. Originally a book released in 2009, the mashup has a mysterious plague that has overtaken England (the world?). After a failed attempt to protect London from the zombie horde, but feeling that with training people can return to the countryside, people try to attempt a normal life. The Bennet sisters are still trying to find someone to wed and take care of them and this time Mr. Darcy is a Lieutenant in the army and renowned for his expertise in killing zombies. While the much of the story is the same as Pride and Prejudice, the story diverges a bit more toward the end as the zombies band together once it’s discovered that as long as they don’t partake of human brains that they can retain some higher brain function after their deaths. Pride and Prejudice and Zombies is billed as a horror comedy but thankfully it’s nothing like the Abraham Lincoln: Vampire Hunter (which was all sorts of ridiculous) but instead played straight like it is supposed to be. 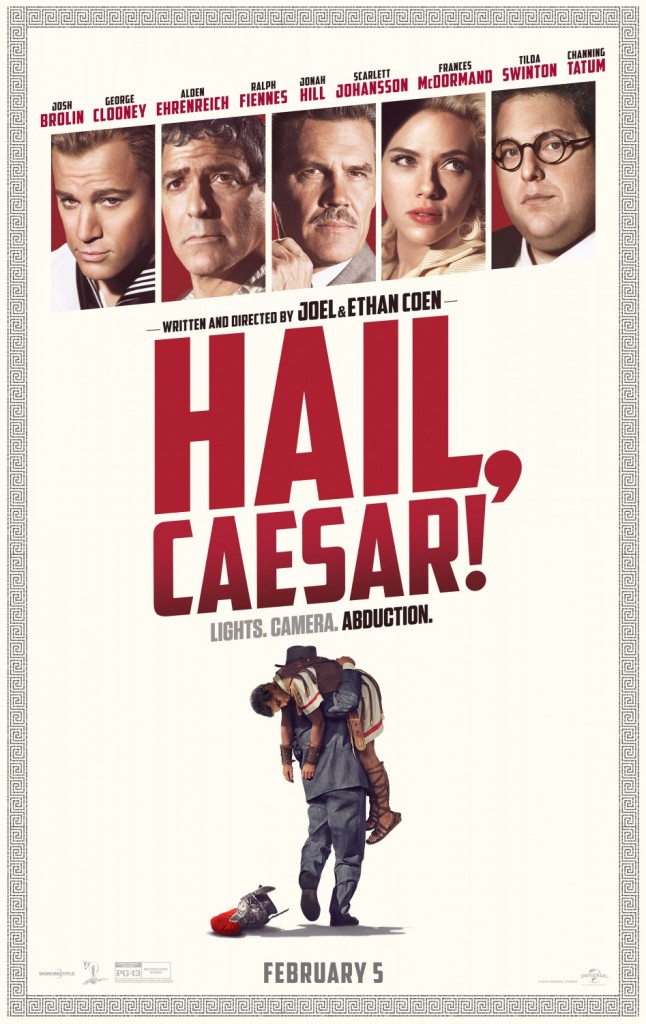 – Hail, Caesar! is the newest quirky comedy by the Coen brothers. We will warn you that the trailer for Hail, Caesar! pretty much lies about what the movie is really about. The trailer makes it look like all the movie stars are going to work together to rescue a kidnapped Baird Whitlock from the hands of “The Future,” but that’s not the case at all. The real plot of Hail, Caesar! is this: Eddie Mannix (who is based on a real person) is a “fixer” that runs Capitol Pictures and does his best to keep the studio running smoothly and the movie follows him on a day in the life of having to deal with the challenges of Hollywood. This includes dealing with directors, miscast actors, trying to hide scandals, and more. When Baird Whitlock is kidnapped off the set of the religious epic “Hail, Caesar!” by a group of disgruntled communist writers for $100,000 random. Eddie Mannix tries his best to keep the kidnapping underwraps and out of the tabloids while still trying to solve the other problems of the studio. The plot with Baird Whitlock is actually just a small portion of the overall movie and it follows more Eddie Mannis than anything else. I think it’s more the Coen Brothers excuse to make 6 different types of movies at once then anything else. 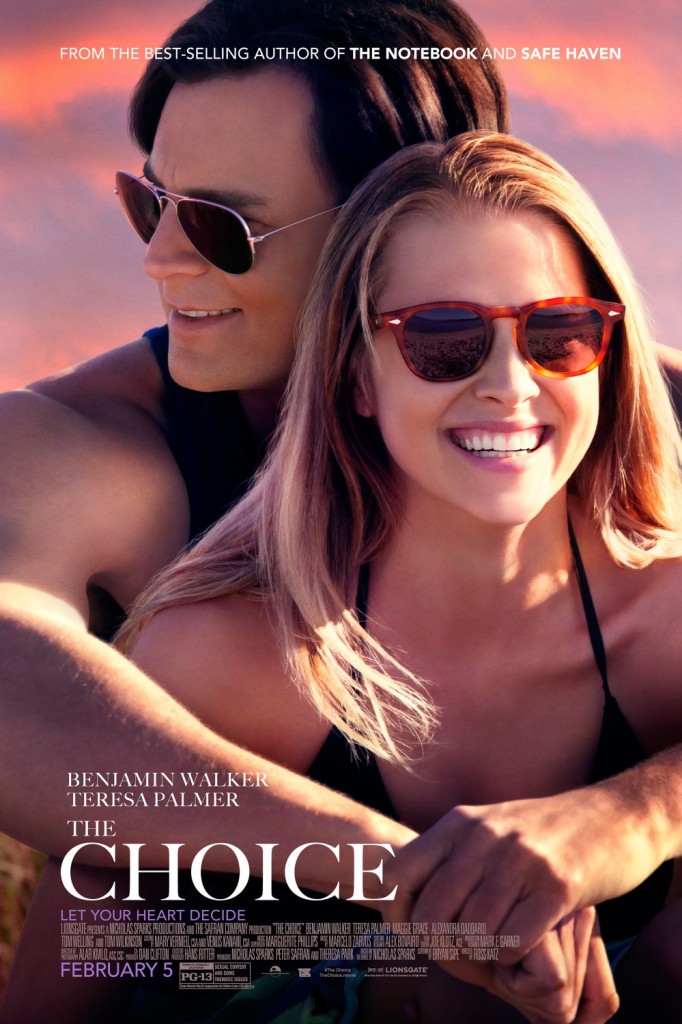 – The Choice is the now yearly romantic drama based off of a Nicholas Sparks book. A small town vet and ladies man, Travis Shaw falls in love with his new neighbor Gabby. Gabby is a medical student about to get married to her long-time boyfriend until getting to know Travis. After a whirlwind romance, Gabby and Travis get married. Soon after, Gabby is in an accident that sends her into a coma. Travis has to decide on if she should be taken off life support or have her in long-term care. Please don’t go see this movie. This is the only way that they will stop. But we can still make fun of Nicholas Sparks for writing all these novels and is now divorced.