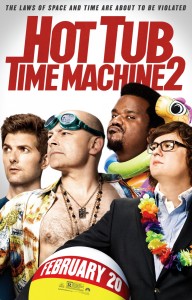 – The sequel to the original Hot Tub Time Machine from 2010 (which wasn’t that great to begin with) ups the raunchiness and zaniness as most of the cast except John Cusack travel to the future. After changing time in the first film, Lou gets his dick shot off after an attempted assassination, and the gang travels to the future by accident. There they have to deal with their own terrible futures and bad decisions. 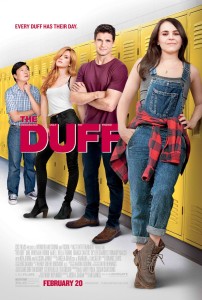 – The DUFF aka Designated Ugly Fat Friend is based on the novel of the same name. Bianca discovers that she is the DUFF to her group of friends which not always fat or ugly but is the approachable and less popular of the group that people exploit to get to the more popular ones of the group. After her discovery she enlists the help of a former friend and star football player Wes to help her change and make an identity for herself. 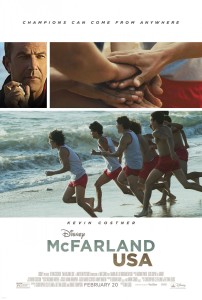 – McFarland, USA is based on a true story of the 1987 McFarland, California high school cross-country team. Coach Jim White leads a team of mostly Latino students to the State Championships which apparently leads to a 24 year streak of them getting to state.