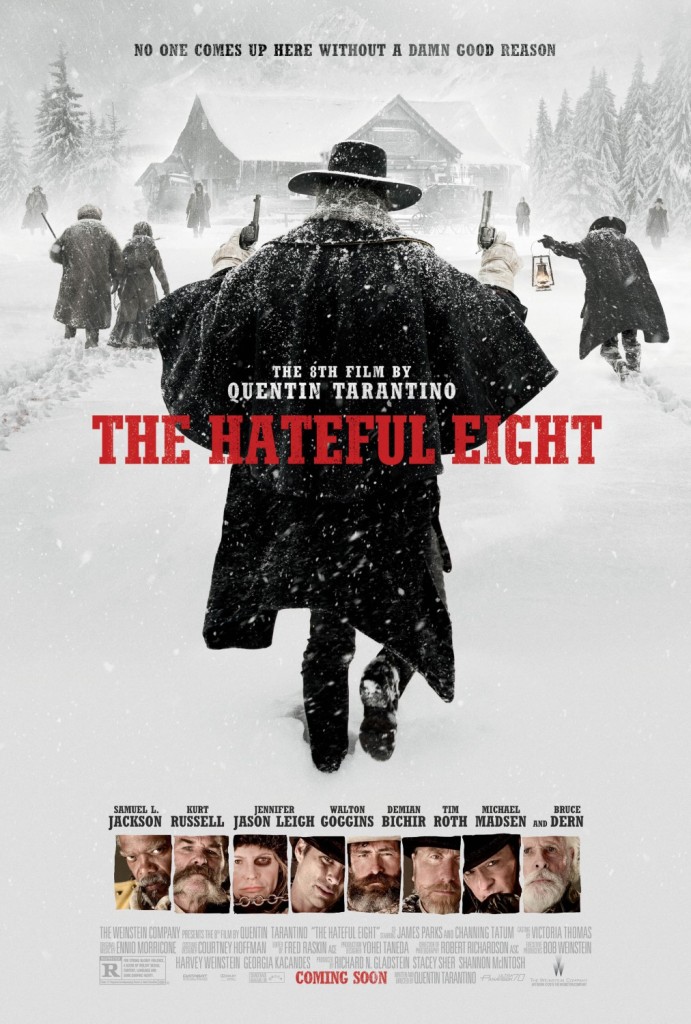 – Released on December 30 – 31, 2015 or December 25, 2015, take your pick! This release is a bit confusing. The Hateful Eight has two different versions along with a date change from when it was originally supposed to be released. The Hateful Eight has a 70mm film “roadshow” that is a limited release around the country starting December 25 that has a longer runtime and some alternate cuts but in keeping with the older style of movie that Quentin Tarantino is paying tribute to, it includes both an overture and an intermission! I’m willing to bet it will end up on the blu-ray of the movie at some point, but it’s definitely something different that we haven’t seen in theaters for a while. The digital projection version of Hateful Eight was originally scheduled to be released on January 08, 2016 but a mixture of demand to see the film (since it’s the only new thing out in theaters) and pressure to battle piracy of already leaked screeners made the studio release The Hateful Eight early. Reports say December 30 for the early release while the Hateful Eight site itself lists it as December 31, 2015.  The digital version of the movie is shorter (partly because of no overture and intermission) but also has some scenes with alternate cuts that work better on the now more traditional format.

The Hateful Eight itself is set several years after the Civil War in Wyoming during the winter where the bounty hunter John Ruth, also known as “The Hangman” for always getting the fugitives he’s after alive and bringing them in for hanging, captures Daisy Domergue, a fugitive wanted for murder. On the way through the mountains to the town of Red Rock, they pick up another bounty hunter on their stage-coach and then stop at “Minnie’s Haberdashery” as a stopover in the mountain pass until it is safe to clear and proceed to Red Rock. While at the stopover, they meet several others that are forced to stop there. John Ruth has to watch over Daisy as well as the others at the “Haberdashery” to make sure that no one will try to ambush them and try to take the bounty for themselves, while some of the guests may not be exactly who they say they are.