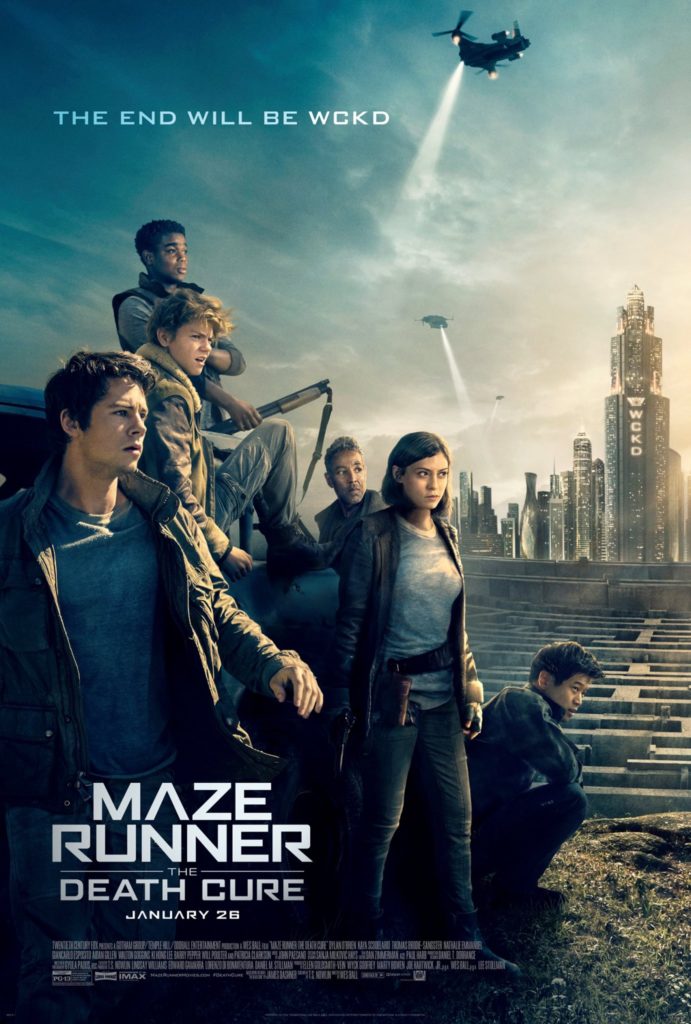 – The end of the Maze Runner trilogy after Maze Runner and The Scorch Trials. The movie was originally supposed to be released in February 2017 but the series star, Dylan O’Brien, was severely injured during a stunt gone wrong. The release was delayed until January 2018 to allow for Dylan to recover and to allow for additional time to work on the movie.

The Flare sickness has continued to spread across the world, slowly killing everyone as they turn into “Cranks” (which are pretty much zombies) and devolving the rest of civilization. Thomas, Newt, and others of the “Gladers” that are immune to the virus try to rescue their friend Minho that has been kidnapped by WCKD. WCKD is using him as a test subject in a last ditch attempt to come up with a cure and has him imprisoned in the middle of the “Last City” which is their headquarters. It’s up to Thomas and his team to break him out and to take down WCKD once and for all, hopefully without taking down the rest of humanity with it. 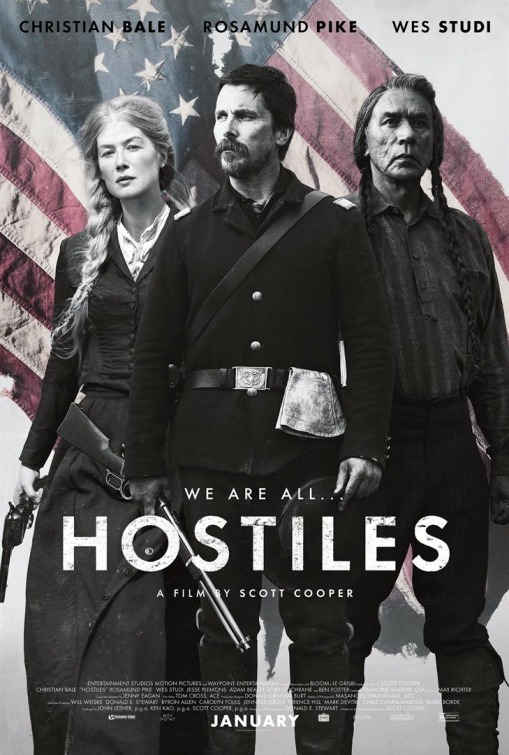 – Hostile was originally released on December 22, 2017 as a limited release but is finally having a nationwide release. Based on the story of Donald E. Stewart, Hostiles is about an Army Captain in 1892 that escorts a dying Cheyenne war chief from a small fort in New Mexico to tribal grasslands in Montana. Along the way, the pair encounters a widow whose family has been murdered. They all band together to survive the wilderness and other dangers to make it to Montana. 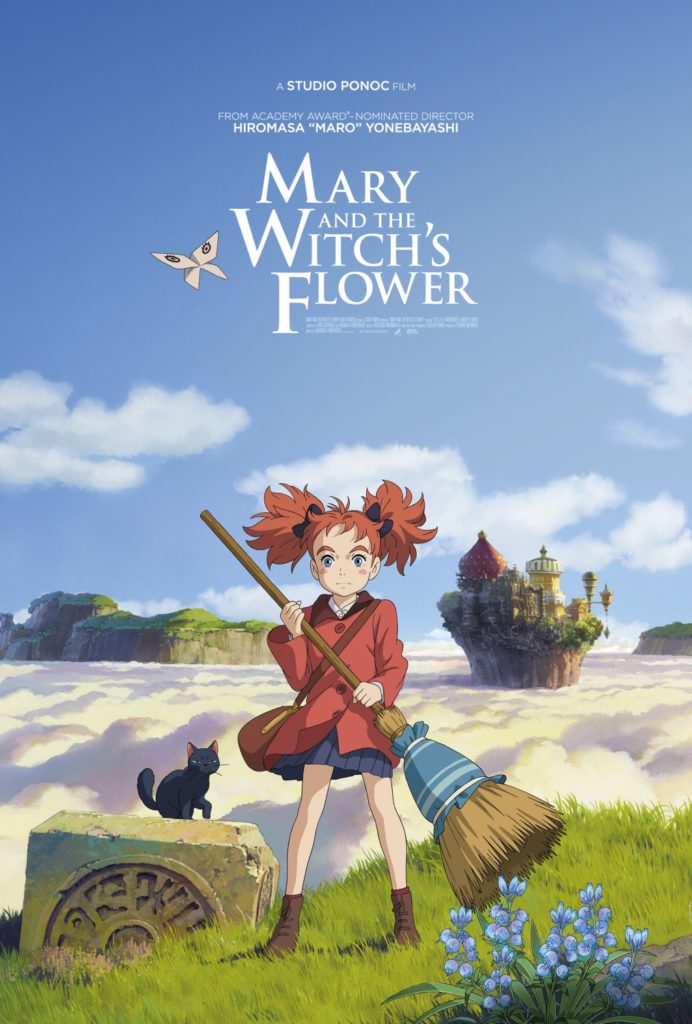 Mary and the Witch’s Flower

– Though it may look like a Ghibli anime, Mary and the Witch’s Flower is actually not a Ghibli film. It’s the first feature film by Studio Ponoc, which was founded by producers and animators of Studio Ghibli, which explains some of it’s similar look. The movie is based on the book The Little Broomstick about Mary who finds the Fly-by-Night Flower that blossoms once every 7 years along with a magic broom stick. They whisk her off to the magical Endor College. But all is not well at the college and Mary must help to set the college right.