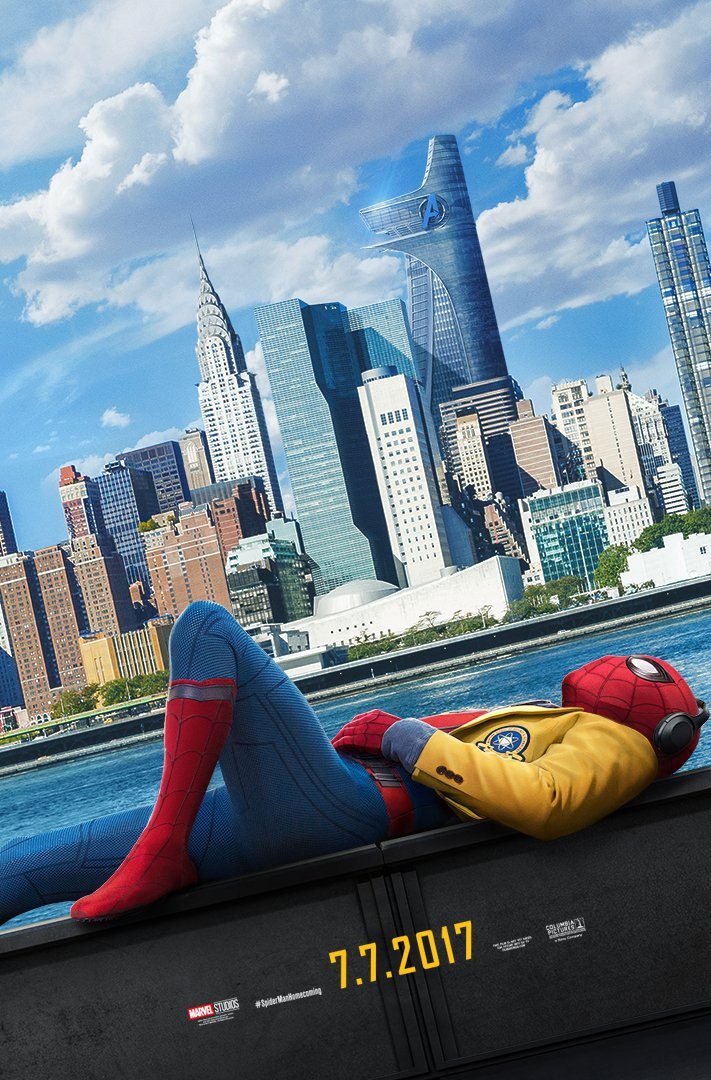 – The movie the geek world has been waiting for has finally arrived! After Sony attempted several times to reboot Spider-Man after Raimi’s original trilogy (which we did not like at all), Sony has finally partnered with Marvel to share Spider-Man and allows Spider-Man not just to join Captain America: Civil War but to have his own movie and officially be part of the MCU.

After Peter had his first taste working and fighting with the Avengers, he’s eager to move on to bigger things but Tony Stark and his head of security Happy Hogan keep Peter under a watchful eye. Still trying to make his mark and prove himself to Tony, Peter protects New York City while trying to have a normal life while going to school at Midtown School of Science of Technology. Peter soon gets in over his head when he discovers dangerous weapons being sold to criminals and when he tries to stop them and discover the source, he soon becomes the target of a new villain Vulture, and threatens Peter and everything he holds dear.