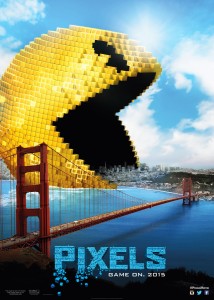 – After a probe that was sent out in the 1980s was intercepted by aliens and then misinterpreted as a declaration of war, the aliens come to Earth to attack using old arcade video games as the basis for their attack. The games destroy everything they touch by pixilation and disintegration, and wreak havoc on the world. The President of the United States, once a legendary video gamer during the 1980s, recruits his washed up friend and other gaming experts in an effort to lead a counterattack against the invading video games and save the world. This movie was originally developed as just a short film (that had no real plot at all) a few years ago and was then picked up by Sony to become a feature film. However, so far by reviews, it sounds like it was a wasted concept and is one of Adam Sandler’s worst movies. 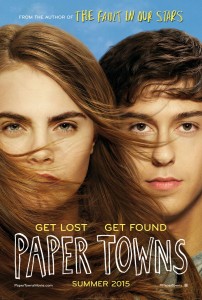 – The newest movie by author John Green, who is really easy to forget is also a prolific YouTuber and who previously wrote The Fault in Our Stars, that was made into a movie last year. Based on the novel of the same name, Paper Towns is about young man Quentin who has always had a crush on the most popular girl in school, Margo. One night he is finally noticed when she asks him to prank on some former friends that leads to an all-night escapade as the two share a bond. But then the next morning Margo has disappeared with no explanation and almost no trace. Quentin rounds together a group of friends to help him decipher the few clues that Margo had left in an effort to track down the girl that he loves. The good news on this film is that by all accounts it’s not super depressing and no one dies (I think)! 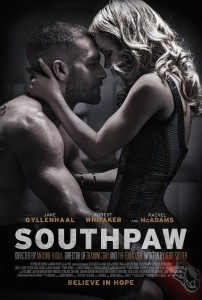 – Southpaw is sort of typical boxing movie in many ways with a clear Boxer on top, tragic fall, and then redemption at the end. In Southpaw, Billy Hope is a Junior Middleweight boxing champion; who is rich, married with a wife and kid, and is about to announce his retirement. A younger opponent harps on him and through an accident, the brother of the younger opponent accidentally shoots and kills Billy’s wife. This starts his road down a path where Billy loses his money, his lifestyle, and finally his daughter to child protective services. Trying to get his life back on track, he finds a trainer to help him get back in shape and go against the younger opponent in the ring and get his daughter back.