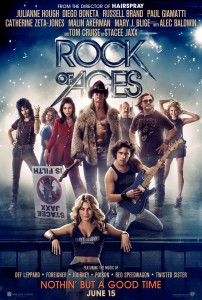 – This musical comedy is based off of a Broadway musical that pays tribute to 80s Rock and lifestyle. Originally I was skeptical of the concept, especially with Tom Cruise in the lead, but reports have said that he did such a good job that even the members of Poison were impressed. The movie does sound like it does have some major differences from the Broadway version, so don’t expect a straight adaptation. Should be interesting to see, even if it only become a cult movie favorite. 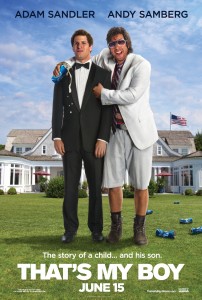 – Adam Sandler’s latest comedy. I’m not sure what to think of him anymore. Sometimes he does really good work (I loved Bedtime Stories) and then he does this. His character is raped at 12-years-old by his teacher and become pregnant. Their son, played by Andy Samberg denies his family (I can’t imagine why) and is about to marry into a rich family. Sandler’s character needs to get money to the IRS or he would be sent to prison for 3 years. Basically a recipe for disaster and probably a terrible movie.