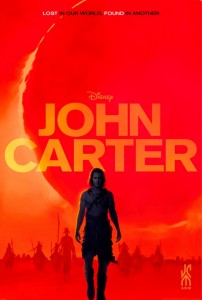 – The other book series by Edgar Rice Burroughs, John Carter (of Mars) has long been in development for the screen. Former military commander is transported to Mars and is embroiled in a war between different alien races. This movie has a lot of local Utah connections as much of it was filmed in the Utah desert. (And from what I understand is the first live action Pixar movie, though Disney seems to be denying that fact now.) John Carter is hard to judge from previews as Disney changed it’s marketing (dropping the “of Mars” part to appeal more to women) and its whole marketing focus a few months ago. The release also celebrates the 100th year since the first appearance of the character. 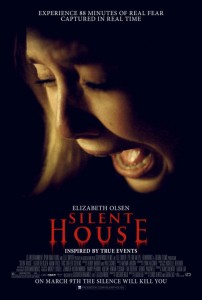 –  Silent House is a remake of the 2010 The Silent House from Uruguay. This version features Sarah as she is trapped in her family’s lake house. With no contact from the outside world, things take a turn for the worse and the creepy. This version was originally premiered during the 2011 Sundance Film Festival in Utah. 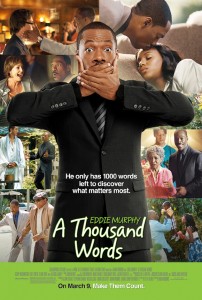 – A Thousand Words – Eddie Murphy plays Jack McCall, a literary agent who can sweet talk his way into anything. He unfortunately lies to Dr. Sinja, who then curses him with a magical Bodhi tree with 1,000 leaves that fall with every word that Jack says. When the last leaf falls, Jack will die. This movie has a long history as it was originally filmed back in 2008 to be released in 2009 but was postponed because of the breakup Dreamwork with Paramount. It was then announced to be released in 2011, but changed to early 2012 when Eddie Murphy was going to host the Oscars. The date was then changed again after he stepped down from hosting.