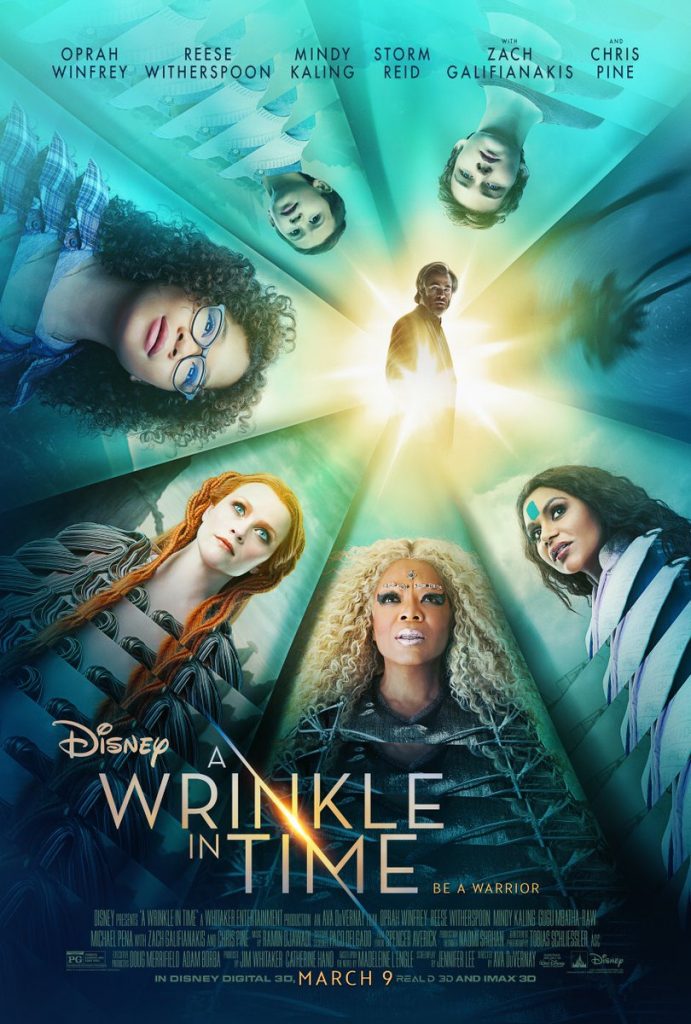 A Wrinkle in Time

– A Wrinkle in Time movie based on the novel of the same name (and part of a very long series). This is actually Disney’s second attempt at producing a Wrinkle in Time, as they made a made for TV film in 2004 and has a very interesting production history of its own. This version of Wrinkle in Time is a much higher budget though also leaves out some very important parts from the novel, so don’t think that it’s a straight adaptation. Meg Murry, her gifted brother Charles Wallace, and her classmate Calvin O’Keefe use a tesseract to travel across the universe in search of Meg’s missing dad. They are aided by mysterious and powerful Mrs. Whatsit, Mrs. Who, and Mrs. Which, they travel to fight the darkness and evil that is infecting the universe until they meet the giant brain IT on the planet Camazotz. 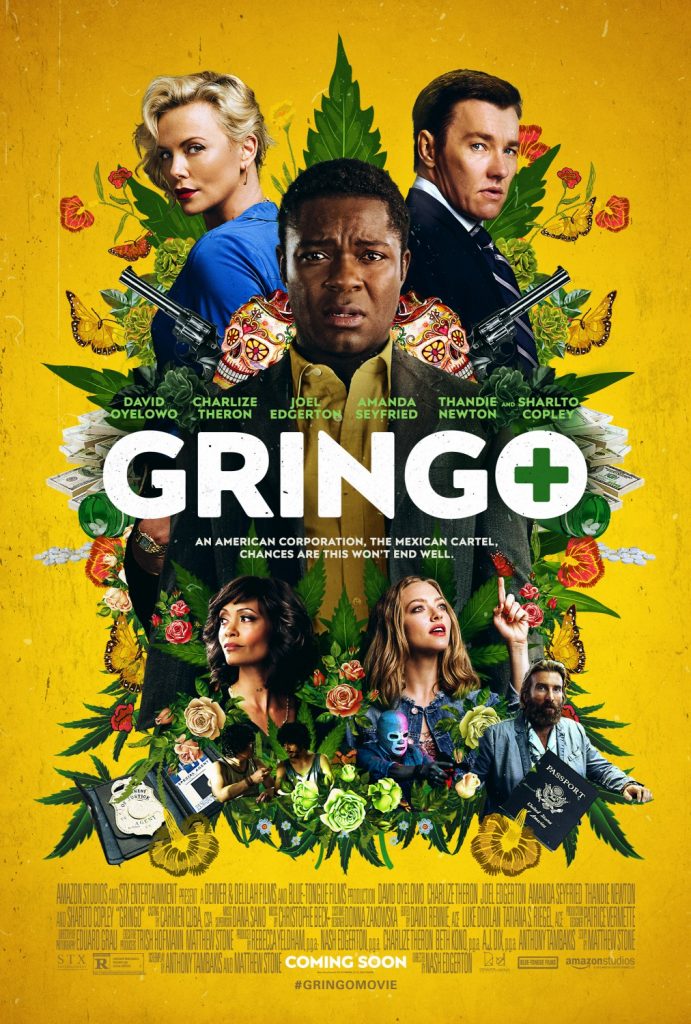 – A mild mannered office worker, Harold Soyinka works for a company that has developed a “Weed Pill” that concentrates medical marijuana into a pill form. He travels to Mexico with his bosses to begin manufacturing of the pill but then fakes being kidnapped so he can benefit from insurance that the company has during business visits. However things get seriously out of hand when he is kidnapped for real by the drug cartel that was forced out when the company tried to go legit and along with an ex-mercenary tries to escape safely. 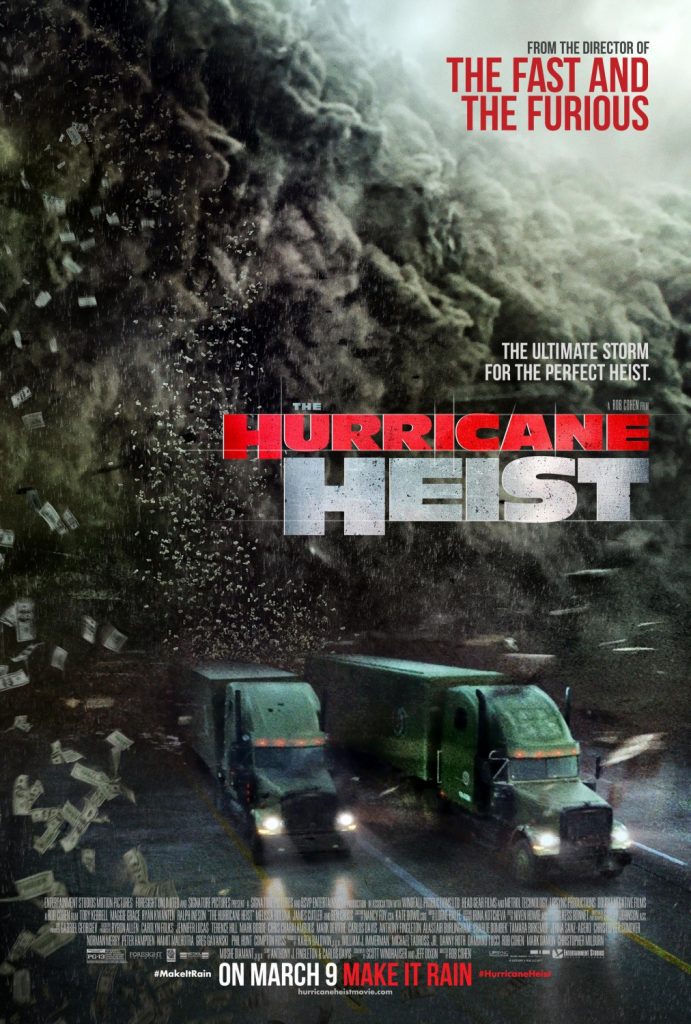 – A small town in Alabama is under siege from a Hurricane hitting the coast, and a group of tech hackers that are trying to use the hurricane as cover to steal $600 million from a local treasury. As the Category 5 hurricane hits the mostly abandoned town, a meteorologist, a treasury agent, and an ex-marine fight to stop the thieves and survive the hurricane. 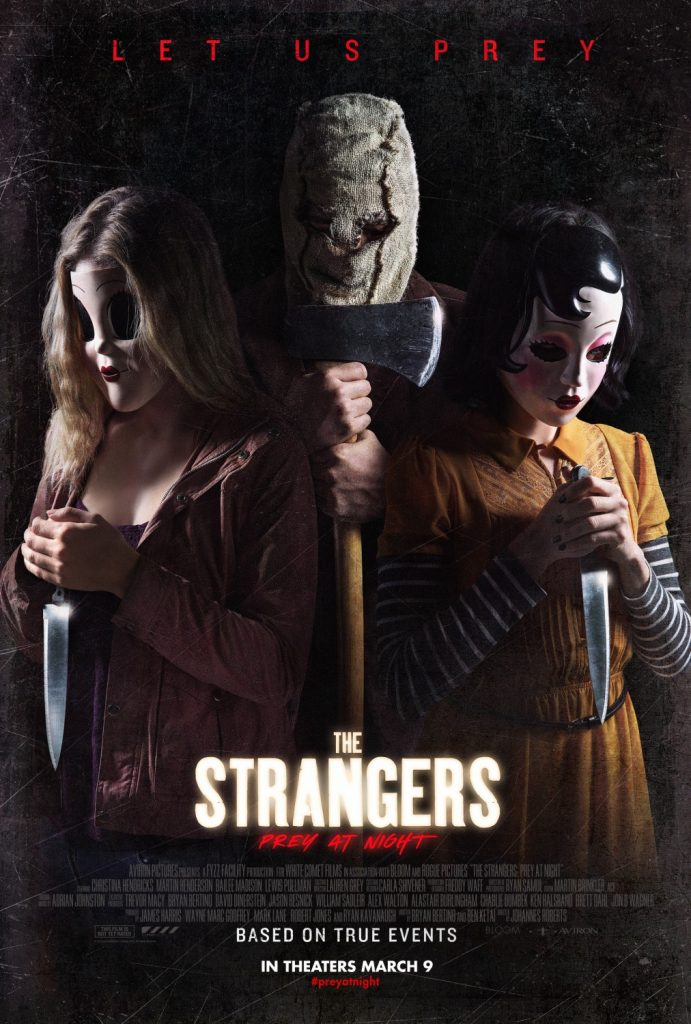 – A movie that’s probably 10 years too late, Strangers: Prey at Night is the sequel to The Strangers from 2008. It’s possible the same villains are attacking again but it seems more that they are just masked figures to help bring back the franchise in some way. A small family goes on a road trip to visit family at a trailer park, unaware that it’s been taken over by serial killers that are out to kill all those in their path; including the visiting family.