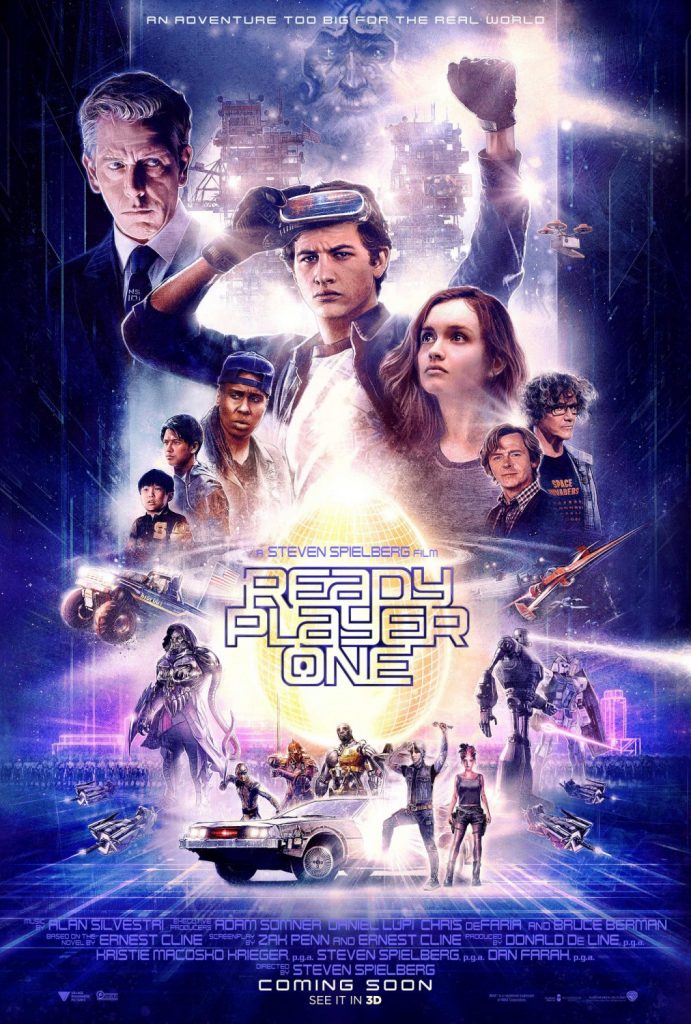 – Ready Player One is one of the movies that Krista has been eagerly awaiting since she read the book of the same name by Ernest Cline. In 2045, the world has been devastated by lack of fossil fuels, global warming, overpopulation, and other disasters causing environmental and economic problems. A good portion of the population instead uses virtual reality to use the OASIS, a virtual reality game and social space designed by James Halliday. When Halliday dies, he leaves his money and control of the OASIS to the first person that solves his clues to a set of Easter Eggs he had left in the game. Wade Watts is an orphaned young man who is an Easter Egg hunter that spends most of his time in the OASIS attempting to solve the clues. He and other hunters finally start to solve the clues while an evil corporation IOI is attempting to use their corporate resources to win the contest and take over OASIS. It’s up to Wade and his friends to stop IOI and save the OASIS before they are all killed. Just as a warning, the film, though partly adapted by Ernest Cline, is fairly different in several parts than it was in the original book. 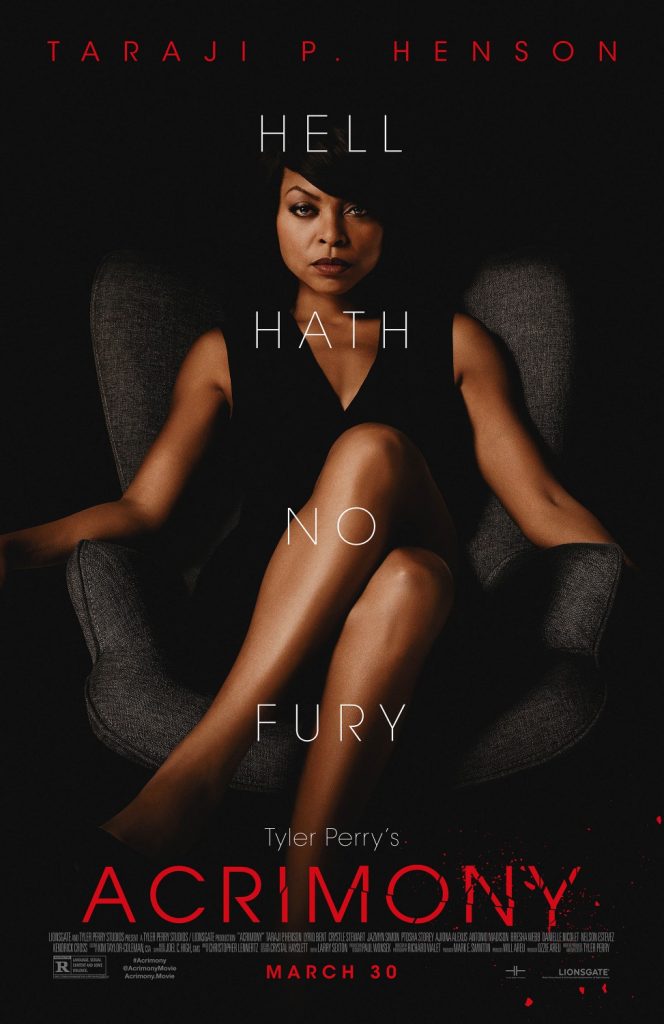 – The summary for Acrimony provided by the studio is the most off base thing I’ve seen in recent memory. The official summary is “A faithful wife tired of standing by her devious husband is enraged when it becomes clear she has been betrayed,” when in reality she was at fault and he even tried to make it up to her and she freaked out and tried to kill people and it wasn’t even the first time. It’s so wrong, it’s wild. 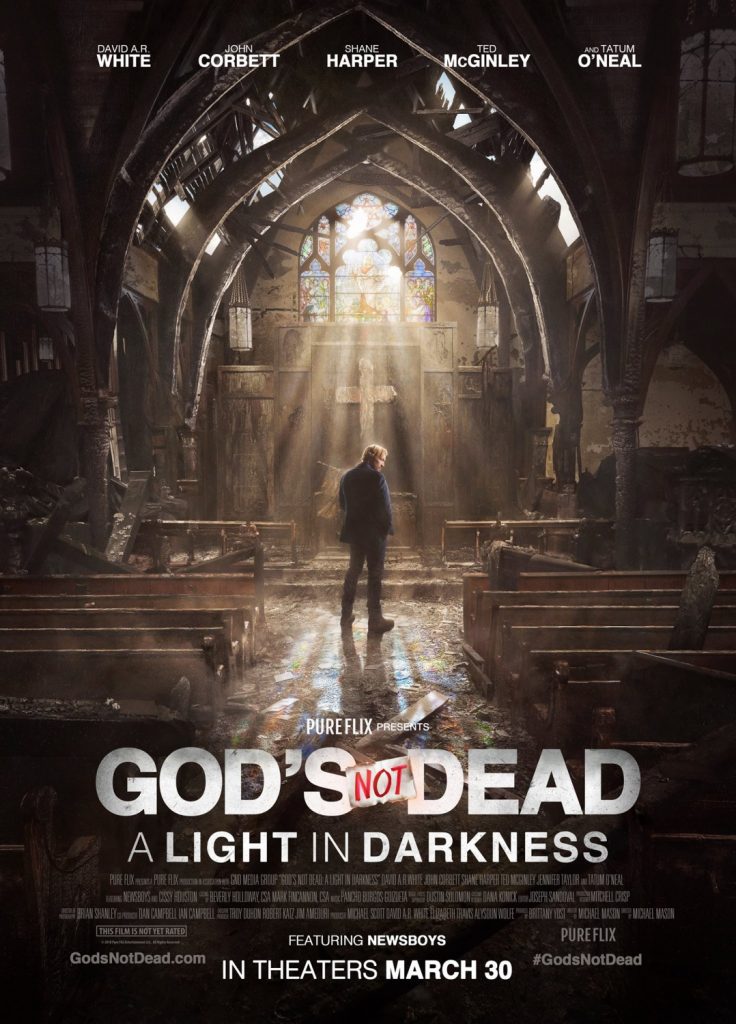 God’s Not Dead: A Light in Darkness

– Somehow the third movie in the “God’s Not Dead” franchise after God’s Not Dead and God’s Not Dead 2. A church leader from the other films has his church burned down that’s located next to a university, which then tries to kick his congregation off campus for some reason. He gets help defending the congregation from his estranged big-city lawyer that’s an atheist but probably won’t be for long because of the subject of the movie.