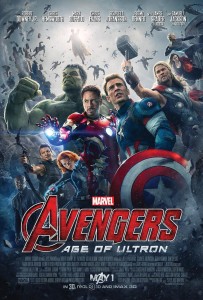 – The highly anticipated sequel to the Avengers and culmination of all of Marvel Cinematic Universe Phase 2. Iron Man, Captain America, Thor, Hulk, Black Widow, and Hawkeye are now a team and after Tony Stark accidentally creates Ultron, a robot artificial intelligence bent on killing humanity, they must work out their differences to able to stop the worldwide threat. There is no final post credits sequence but there is one mid-credits that is still very important. This isn’t the only Marvel Cinematic Universe movie coming this summer as Ant-Man is just a few months away.