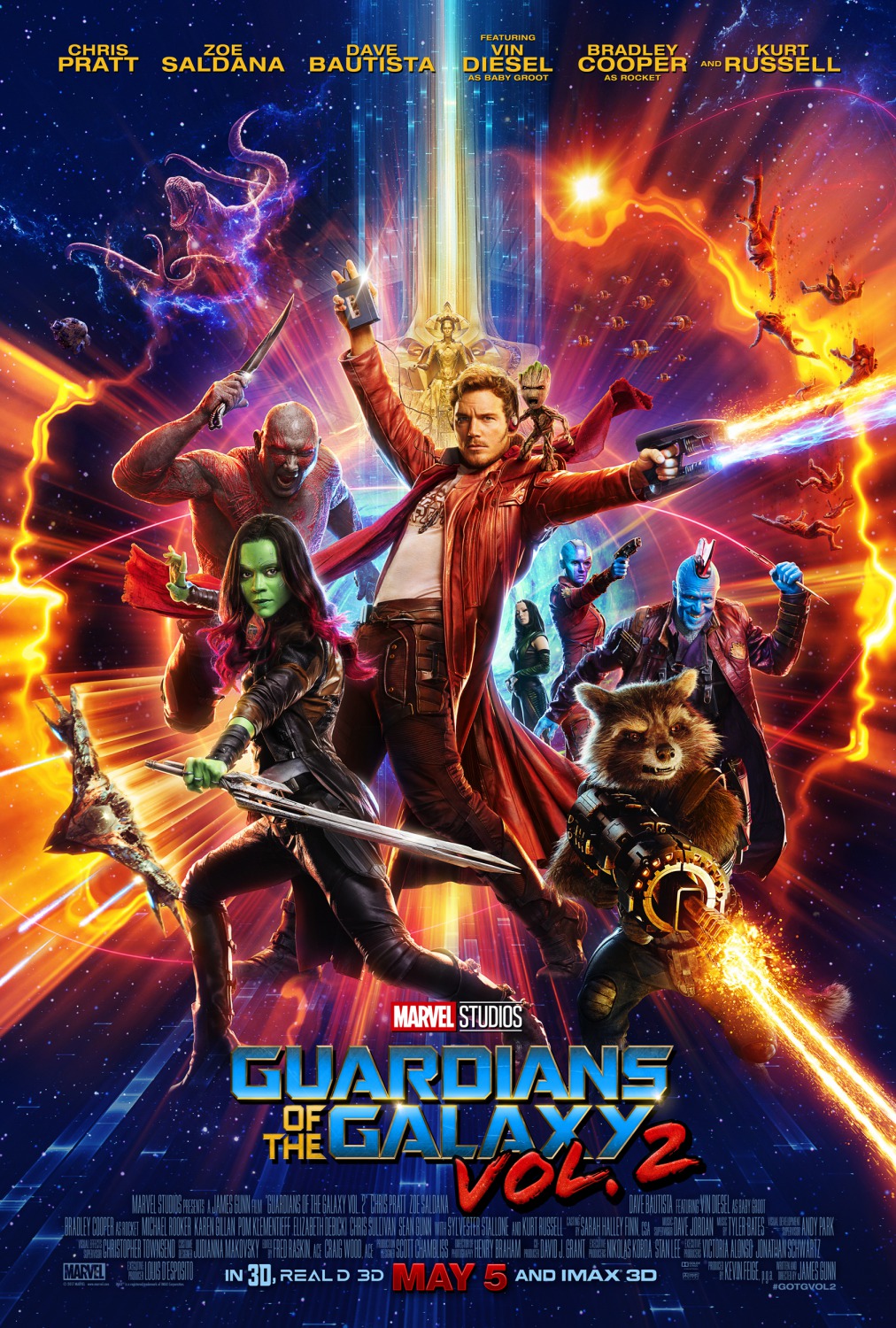 Guardians of the Galaxy Vol. 2

– The sequel to the Marvel movie everyone thought was going to be the first dud but became one of the greatest hits! Guardians of the Galaxy goes from the end of the summer potential tent-pole to now truly being one of the first and greatest summer blockbusters, in a very entertaining turn around. In the latest installment, The Guardians of the Galaxy now have a reputation and doing difficult odd jobs around the galaxy. When Rocket Raccoon steals batteries from a egotistic alien race, the Sovereigns, and chased down to their near destruction; they are saved by the sudden appearance of Peter Quill’s mysterious father. His father, Ego, is a planet (a Celestial) in human form and has been searching the galaxy for his son. Once reunited and Peter and his father start to connect, the rest of the Guardians discover that there might be more to Ego than he lets on.