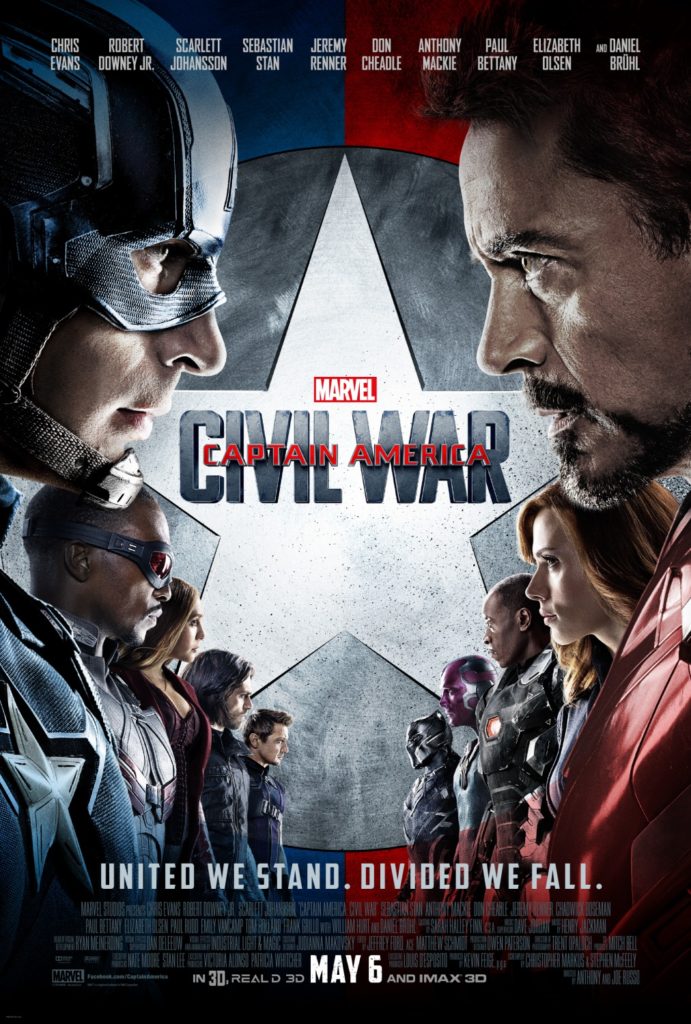 – Thanks to all the battles and damage with the Avengers, the governments of the world want to keep the Avengers in check by using the Sokovia Accords to give them permission to fight. When a division forms between the Avengers on if to sign the Accords or to remain free from oversight. Adding to their division is news that Bucky Barnes aka The Winter Soldier has been found and may the cause for terrorist activity. Despite its name of Captain America, this movie also sort of functions as a Avengers 2.5 with some cameos from other Marvel characters, including Ant-man, Spider-man, and even legitimizes The Incredible Hulk by bringing back General Ross as now Secretary of State Ross