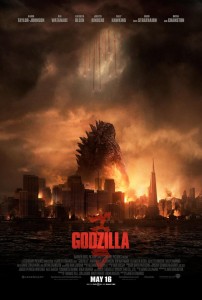 – Godzilla (the 2014 version) is considered a reboot of the franchise but at the same time paying homage to the original series of Godzilla movies. In this movie, a nuclear plant supervisor’s wife is killed in a meltdown and uncovers that nuclear tests have been cover ups for attempts to kill massive kaiju, including Godzilla with little success. Once Godzilla appears, it’s up to the giant lizard to fight the other kaiju and humanity can only look on as things get destroyed. 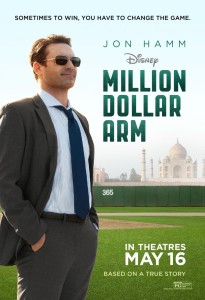 – Million Dollar Arm is about a failing baseball sports agent that in an effort to stay relevant, turns to India and the sport of Cricket to recruit athletes that might have the next great arm in baseball.