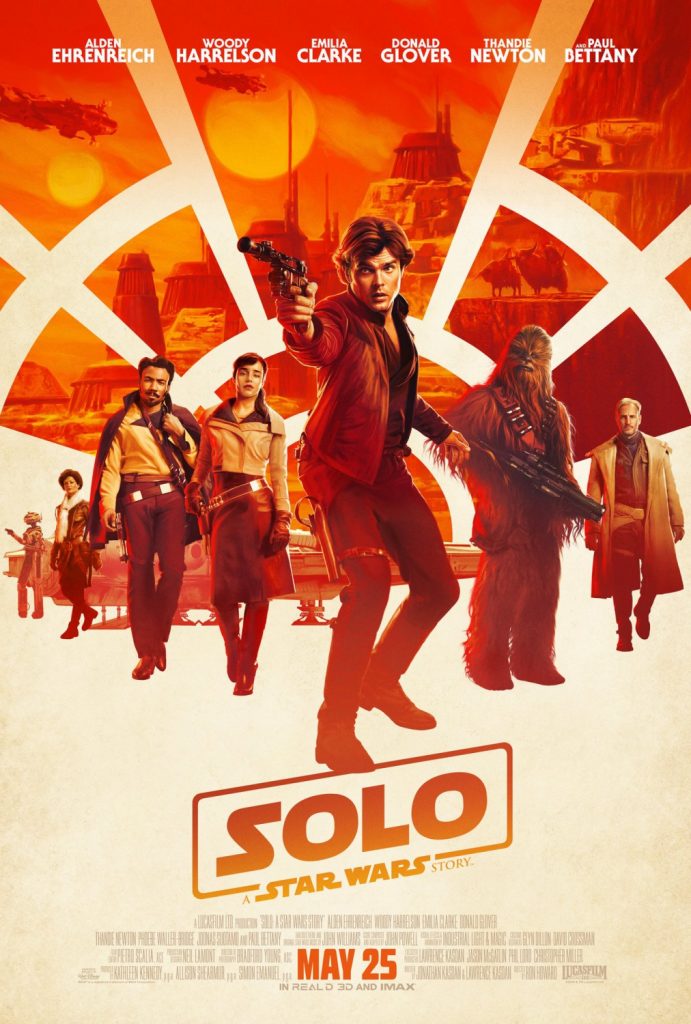 – The latest Star Wars movie coming only 5 months after The Last Jedi, though is a spin-off prequel like Rogue One. This latest prequel as the name implies is the story of young Han Solo and how he met Chewbacca, Lando Calrissian, how he got the Millennium Falcon and more. Han and his buddies become indebted to the gangster Dryden Vos and the Crimson Dawn and must make a dangerous journey to Kessel, in search for coaxium or be killed. Han and Chewbacca must survive dangerous heists, double crosses, and more years before he met Luke Skywalker and helped change the course of the galaxy far, far away. On a related note, Solo has had a troubled production having switched directors Phil Lord and Christopher Miller (of LEGO Movie and 21 Jump Street fame) to Ron Howard during the middle of production.