– X-Men: Apocalypse finally comes to theaters almost exactly 2 years to the day since the release of Days of Future Past. This latest X-men adventure continues the path of the last few movies, taking place in a previous time period to better reflect the arcs that they had in the original comics. X-Men: Apocalypse takes place in the 1980s with the return of Apocalypse, the first mutant (and first glimpsed at the end of Days of Future Past). Throughout history, Apocalypse has tried to rule the human race as a deity and when they reject him or do something against his wishes, Apocalypse recruits other mutants to become his “Four Horsemen” to do his bidding and destroy those that would oppose him. Upon his awakening this time after begin sealed for thousands of years; Apocalypse recruits Magneto, Angel, Storm, and Psylocke to become his horsemen. It’s up the remaining X-Men to join forces and stop Apocalypse before he can cause an extinction level event to force humanity to restart and allow him to rule over mutants. 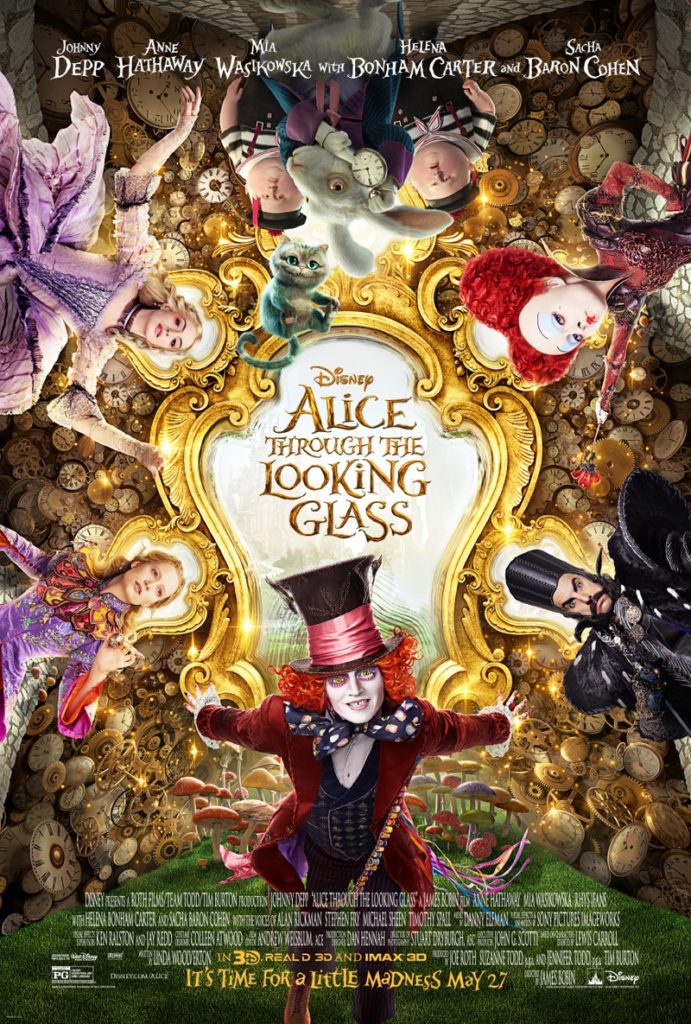 Alice Through the Looking Glass

– Alice Through the Looking Glass is the sequel to Disney’s 2010 Alice in Wonderland and is officially Alan Rickman’s last film after his death. Though it is based on the title of the second Alice book, the movie has even less to with Alice in Wonderland than the original. Alice returns to Underland once again, traveling to the world through a mirror. When she arrives, she discovers that the Mad Hatter in poor health, having lost his “muchness,” supposedly due to the loss of his family. It’s thought that they had died but he seems to think that they were still alive. Determined to save him, Alice battles Time (an actual person) and tries to travel through time to prevent the Mad Hatter’s sickness.