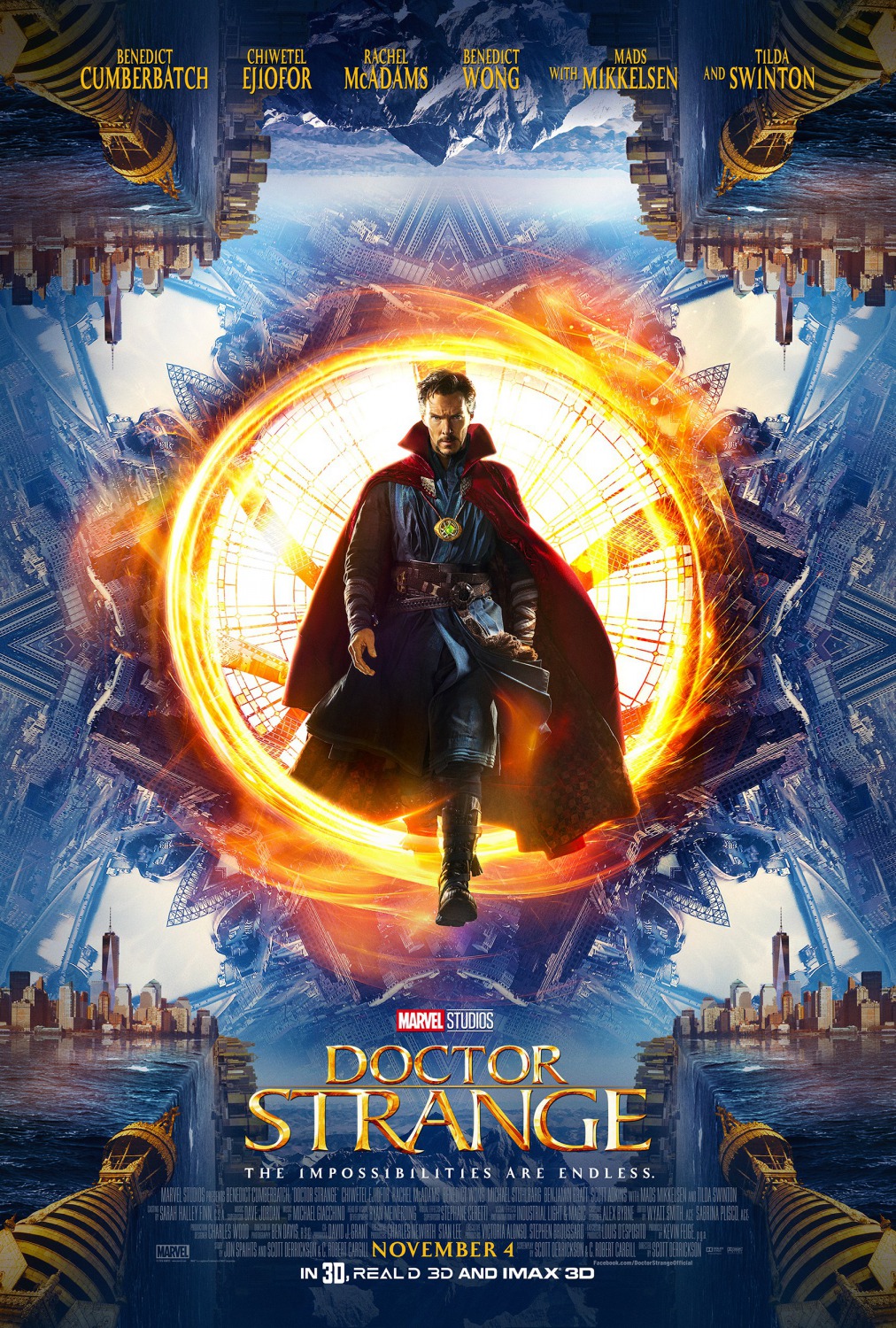 – After years of attempted development, Marvel’s Doctor Strange was finally brought to life with Benedict Cumberbatch as Doctor Strange and who does a surprisingly decent American accent. Doctor Strange is Marvel’s “Don’t Text and Drive” movie where a brilliant but arrogant neurosurgeon hits rock bottom after a car crash that ruins the use of his fingers. Desperate to find a way to return to normal he searches the world for anything that will restore his hands. Once all medical solutions are exhausted he turns to magic, traveling to Nepal in search of answers. Once there, he learns from the Ancient One that opens his eyes to the magical world and he begins his learning indepth. At the same time, a rogue magic user, Kaecilius and his followers, are trying to bring about the end of the world by summoning the powerful being, Dormammu to Earth. It’s up to Doctor Strange to learn as much magic as he can and use his wits to stop Kaecilius and save the world. 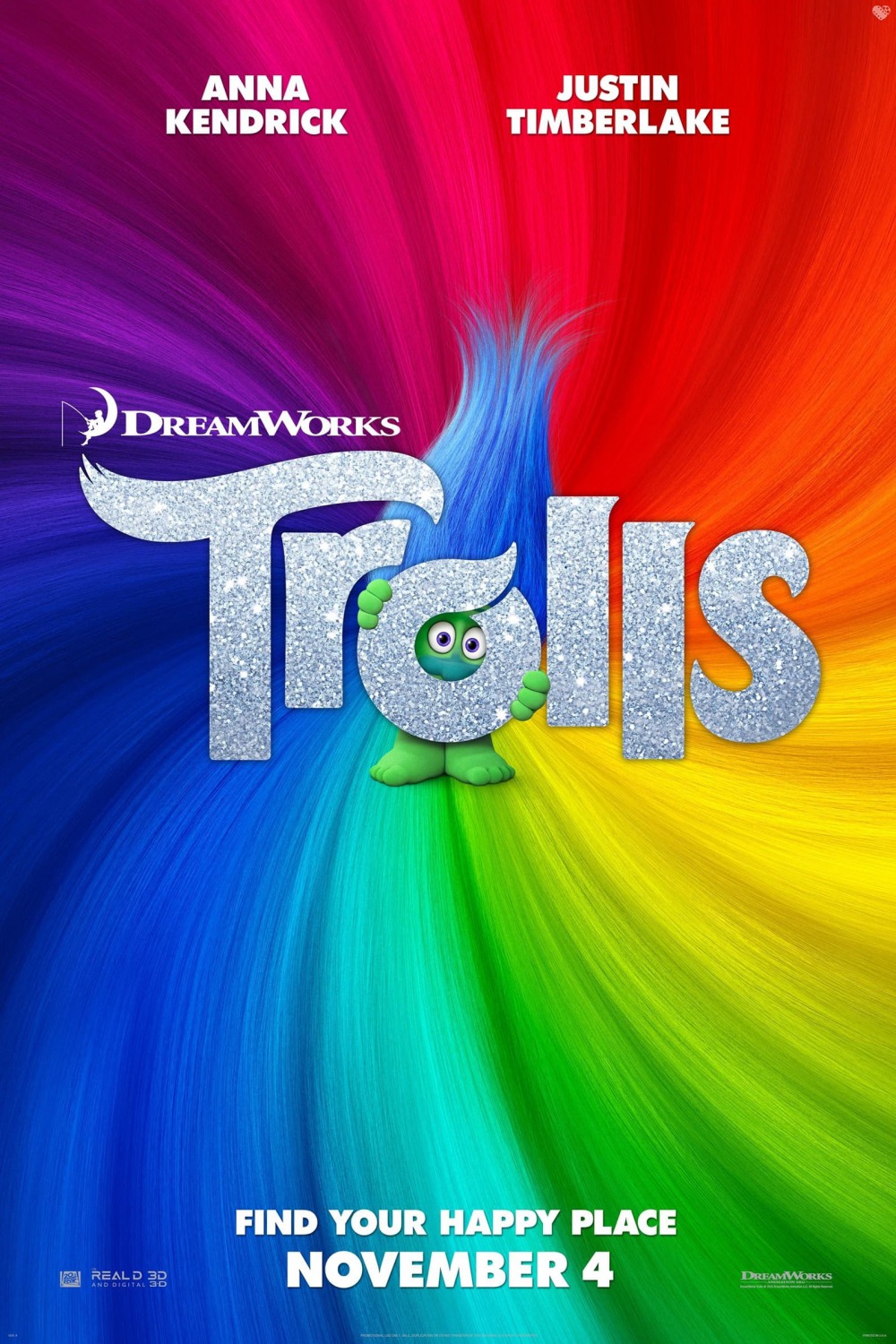 – Though you wouldn’t really be able to tell from the trailer, the Trolls movies is vaguely based on the toys. Though the trailer makes it seem like it’s all fun and happy, the Trolls themselves are on the run from the evil Bergens, larger creatures that believe that they can only feel happiness for a moment when they eat a troll since the trolls are in an almost constant happy state. The trolls escape and 20 years later have a party celebrating their freedom but attract the Bergens once again. The leader of the trolls, Princess Poppy joins with the saddest troll, Branch to go to the Bergen city to rescue their friends before it is too late. 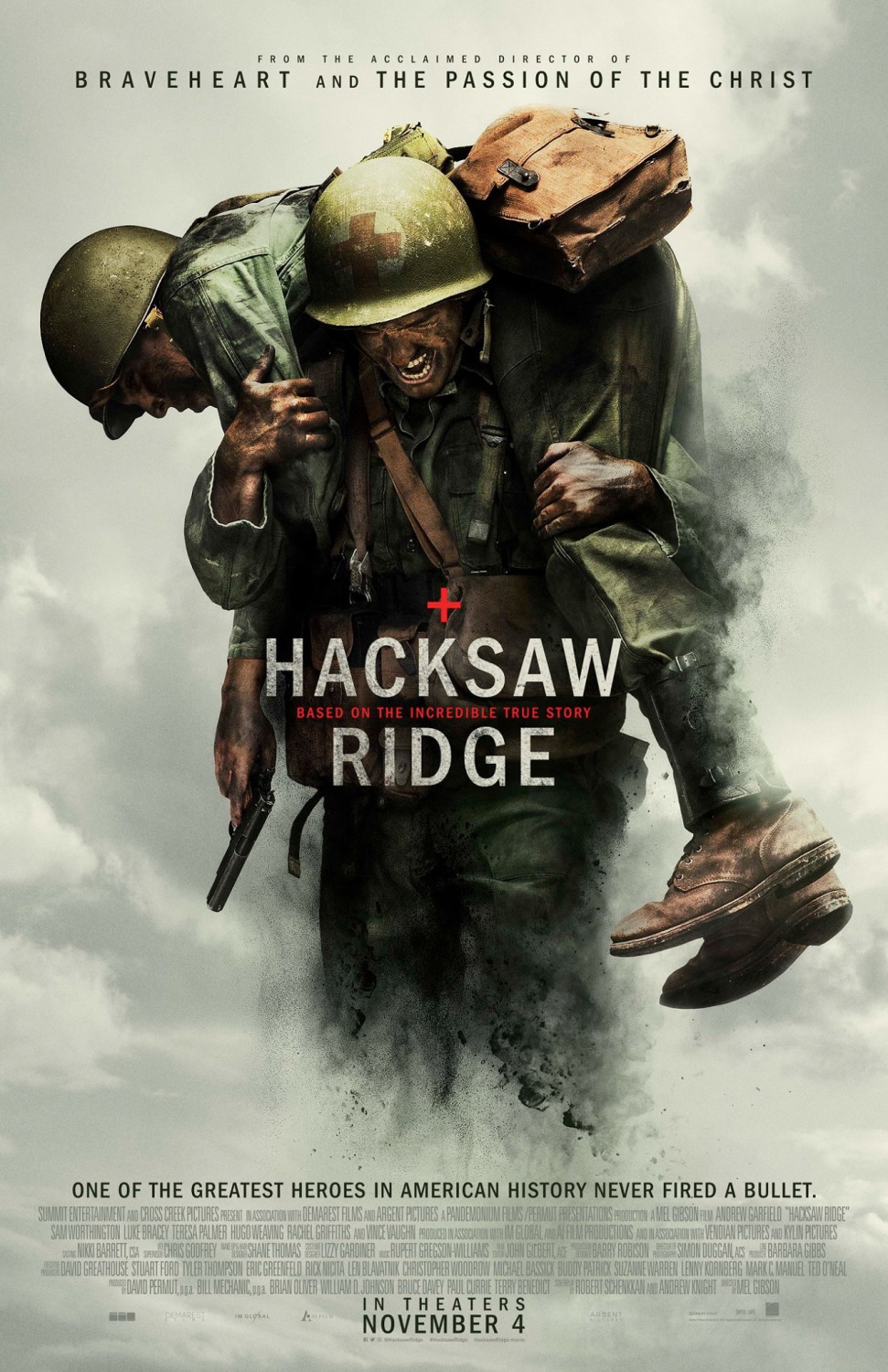 – A bio-film about Desmond Doss, a combat medic during World War II that was against the war and refused to carry a gun. But during a battle in Okinawa, Japan, Desmond was able to have 75 men and saved the wounded near enemy lines. He was the first conscientious objector to ever win the Congressional Medal of Honor.