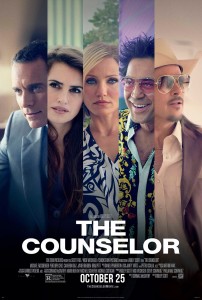 – A ruthless and greedy lawyer known as The Counselor gets in over his head when he gets involved with drug trafficking (supposedly just once). From there you see his life spiral out of control and effect those around him as he’s pulled deeper and deeper into trouble. 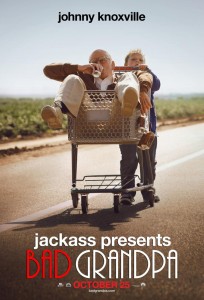 – Basically the new Jackass movie but done a little differently. Johnny Knoxville “stars” as the 86-year-old Irving Zisman, who is taking his grandson to live with his father on the other side of the United States and take a road trip to get there. This time instead of just pranks by themselves, they have small segments of plot between hidden camera pranks and then try to fashion the pranks to go along with the story.