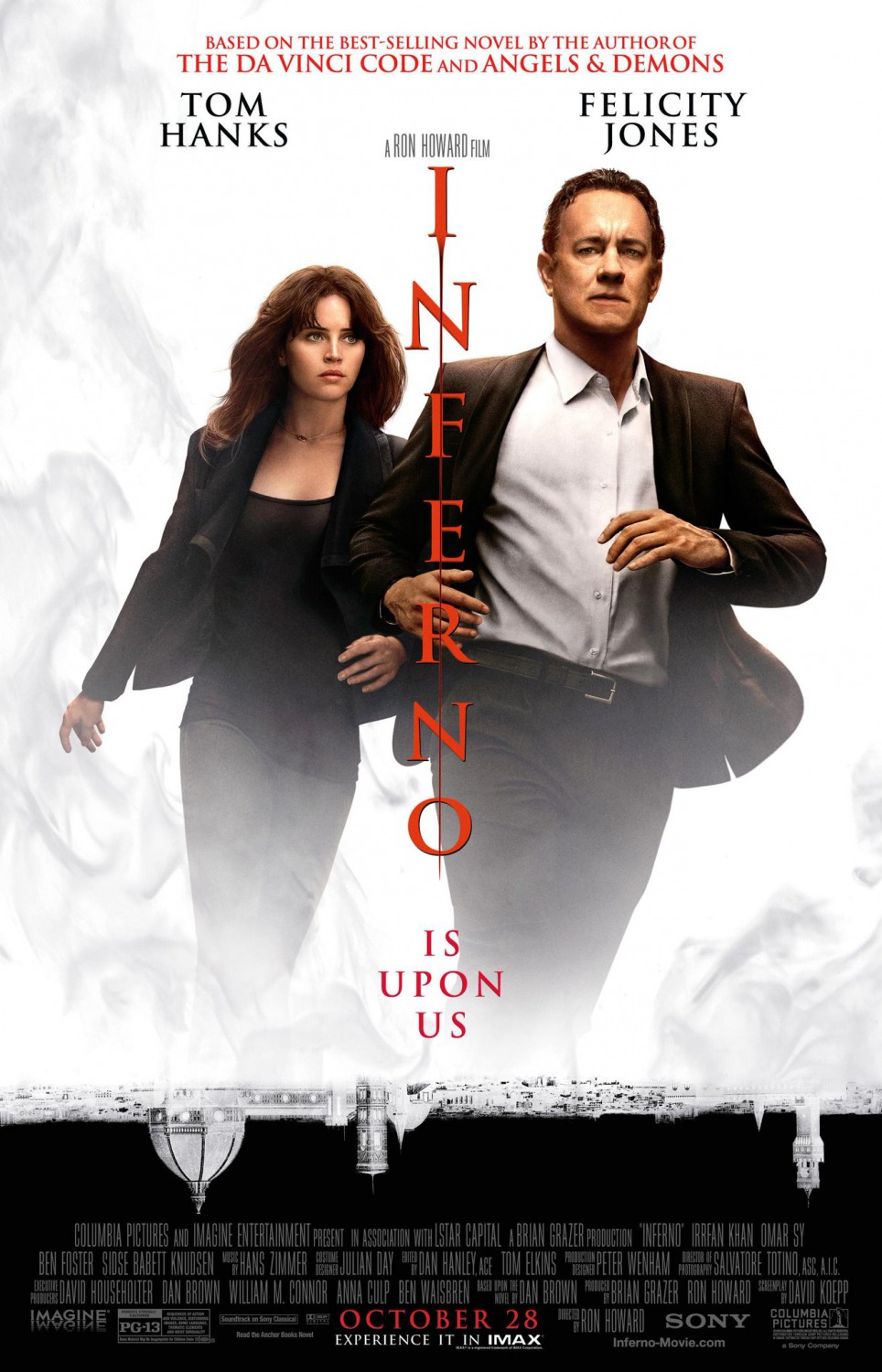 – Inferno is based on the novel by Dan Brown and is the sequel to The Da Vinci Code and Angels and Demons. Tom Hanks is back as Professor Robert Langdon, however this time he wakes up suddenly in Florence, Italy with amnesia from a grazed bullet wound to the head. As he tries to recover his memory, he uncovers a plot unleash a bio-weapon plague based on the Dante’s The Divine Comedy. Using his knowledge of history, he must follow the clues to stop the plague from being unleashed and devastating the human race. With the World Health Organization, police, and other secret organizations on his tail, Robert Langdon and his doctor from the hospital Dr. Sienna Brooks, try to outwit all of those around them before it’s too late.