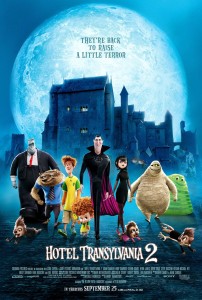 – Hotel Transylvania 2 takes place seven years after the first Hotel Transylvania with the hotel now open to humans and monsters alike. Dracula’s daughter Mavis and the human husband Johnny go to visit Johnny’s parents and leave their son Dennis with Dracula. Dracula, worried that Dennis isn’t showing any vampire qualities, has his monster friends try to help him bring out Dennis’ vampire side. However, Dracula’s father Vlad arrives and turns things on their heads and make things even worse than before. 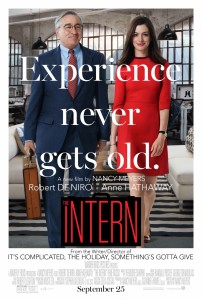 – After an online fashion site opens up opportunities for older interns, Ben, a 70-year-old retired former business owner and widower joins the fashion site and instantly starts to charm both his younger co-workers and the young female CEO of the company, and they help him get more up to date. While the female CEO, Jules, is dealing with marital problems and trying to decide the fate of the company, Ben is hitting it off with a massage therapist and tries to help Jules resolve her problems. 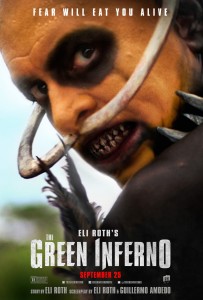 – Inspired from the Italian cannibal films of the 1970s and 1980s, Eli Roth comes with an attempt to bring back the cannibal horror genre (which I wasn’t even aware was a thing). A group of student activists travels to the Amazon to save the rainforest from being bulldozed. Dressing up as construction workers to infiltrate the group to put a stop to the demolition, they return in a small plane that crashes and are mistaken by a cannibal tribe to be the same group of construction workers that are trying to force them from their homes. Things obviously don’t go well.