– “The Boxtrolls” is the newest feature from the studio that made the excellent stop-motion animated features of “Coraline” and “ParaNorman.” In the Boxtrolls the town of Cheesebridge is inhabited by trolls that wear boxes as a disguise and live underground. They rescue and raise an orphan boy named Eggs who is raised as a boxtroll until one of the residents of Cheesebridge comes up with a plan to get rid of the trolls once and for all. Along the way, Eggs meets a girl named Winnifred, who helps him to protect the boxtrolls and adjust to human society. 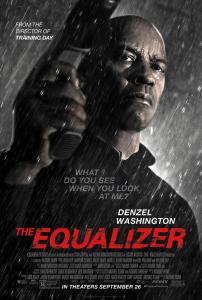 – “The Equalizer” is based on a 1980s TV series of the same name though from the trailer and plot you wouldn’t have any idea. Denzel Washington plays McCall, a self retired Black Ops intelligence agent that wanted to live a quiet life. However, his past skills keep catching up with him as he uses his skills in a violent manner to help those around him (supposedly). One incident spirals out of control when he helps a young sex worker named Teri, who happens to be under the thumb of  the Russian Mafia and is forced to take them out.