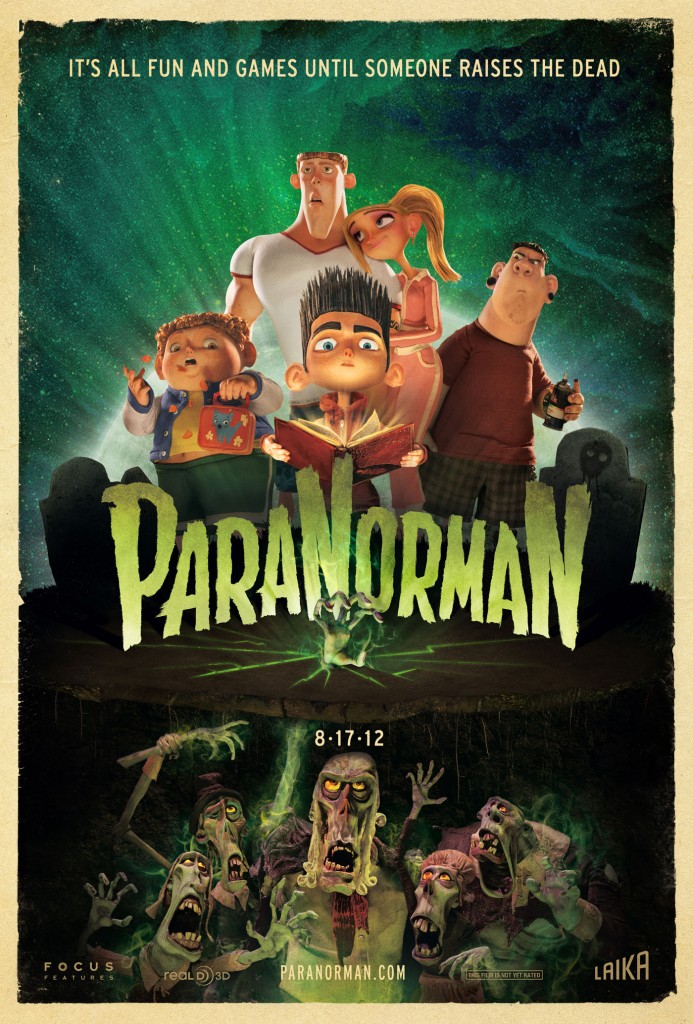 ParaNorman is a movie that is a bit understood, though that’s partly because they had to advertise it in a way that didn’t give away the ending. The advertising makes it out to be a zombie movie, closer to like a Living Dead movie but that’s not what the show is about at all.

Norman is an outcast kid because he’s able to see ghosts, something that is passed down the family line but no one really believes. Norman’s town has a legend about a witch that the town’s elders killed to stop her witchcraft. In her last moments she cursed the elders that they would one day come back from the dead. What Norman doesn’t know is that the part of his family with the ability to see ghosts are responsible to keep the town elders from rising from the dead.

When things don’t go as planned for Norman and he isn’t able to keep the town elders from rising the whole town goes crazy. It is later when he finds out the truth about the legend that he is able to help the elders and the witch from destroying the town.

This isn’t your usual everyone gets turned into zombie kind of tale that you expect from the trailer and the proliferation of the other zombie movies out recently. There are some funny gags throughout the movie, and while the movie is very stylized, it is gorgeous to look at. There are several scenes were I was wonder how on earth they were able to make an effect with stop motion or with computers but still merge it together so well and make it look so well blended.

The movie itself has a fun story line and a good message to everyone especially about not bullying and accepting others. But don’t be like the mothers that didn’t do their research before seeing this movie and thinking that they can bring their toddlers. The movie does have some intense imagery and maybe a few jokes that they don’t like. If they are looking for something for that age, I’d suggest the Oogieloves. That’s what you should be taking your kids to instead of something that’s PG. PG does mean Parental Guidance which means you need to show some guidance. The movie is geared more for eight year old audiences and up. The movie is actually fairly sweet and funny but for heaven’s sake, don’t bring younger kids to this. They will get scared. But the rest of us will not only thank you for making our experience more enjoyable, but we’ll all be able to grow from the message of the movie.

I give ParaNorman 4 out of 5 stars for the appropriate audiences. And zero stars to mothers who don’t know how to parent.