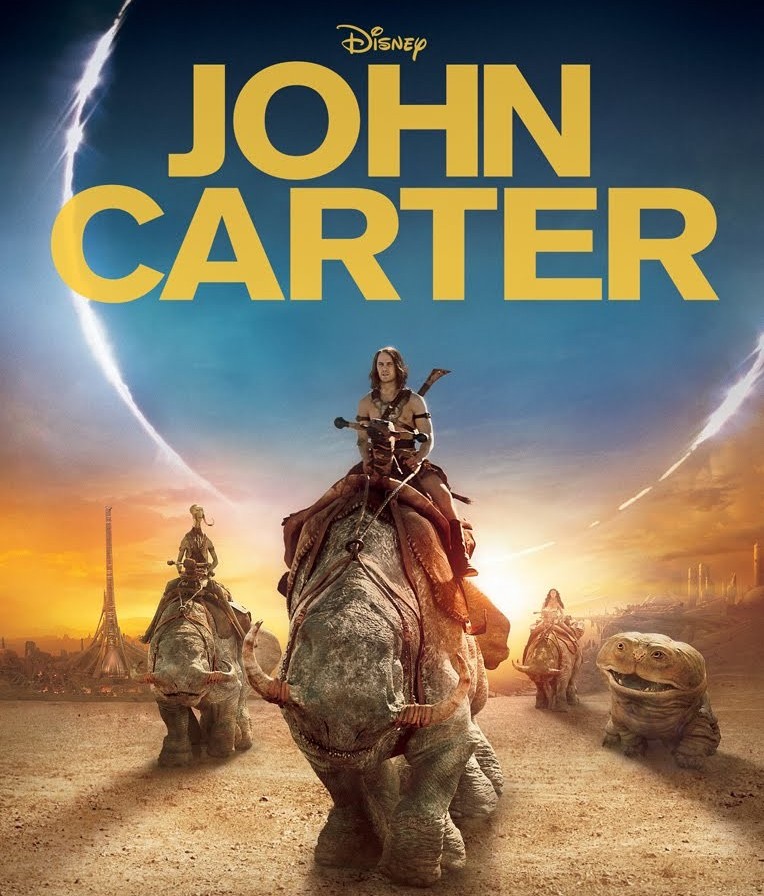 Stop what you are doing. Drop everything and go out and see John Carter. I cannot stress enough that John Carter is a great movie. However the tale of John Carter the movie is a tale of woe and bad marketing that then ruins a film.

John Carter originally was going to be released as John Carter of Mars as was evidenced by the original teaser trailer, but MT Carney (who really hadn’t been tested much with movie marketing) and the rest of the marketing team decided that they needed to drop the of Mars part of the title so that they could attract more women (Though the title still does appear in the film). The film doesn’t have any big stars that they could promote around either. Instead the marketing became a mess and MT Carney exited as Marketing Chief. No one knew exactly what to do with the film and the public had no idea what the film was about about and only heard the negative news about it. So by the time the film came out, no one was interested in seeing it, which is a giant shame.

There were many different ways that the film could have been marketed. Why they didn’t just get the team that brilliantly marketed The Muppets I don’t know. Below are a video of why John Carter is so important.

Then this is a fan-made trailer that shows how Disney SHOULD have marketed the movie.

As the fan trailer alluded, the John Carter series of books were written by Edgar Rice Burroughs of Tarzan fame. John Carter isn’t as famous as Tarzan but has been influencing Sci-Fi for many years.

The movie itself has a cameo of Edgar Rice Burroughs (played by Daryl Sabara of Spy Kids and Generator Rex fame) as the nephew of John Carter. John Carter himself (played by Taylor Kitsch of Friday Night Lights and soon to be released Battleship) is a former Confederate soldier who accidentally gets sent to Mars, which they call Barsoom. On Barsoom, two different kingdoms are at war, with one having a definite unfair advantage being helped by a strange race called the Thern. John Carter quickly sees that the Kingdom of Helium is out gunned, and while looking for a way back home goes to help them.

I quite enjoyed John Carter and is one of the most refreshing Sci-Fi movies that I’ve seen in while. Some of the different themes are familiar but I believe that is because many of the stories that we see now are based off of the John Carter series, even if a few times removed. Now I will say something that will sound like sacrilege to many. I liked John Carter better than I liked Star Wars, especially the prequels (that may not be saying much about the prequels but I’m not a big Star Wars fan anyway.) John Carter is a very fun movie with a very bad wrap, and I think it’s a must see if you like Sci-Fi movies, or even Action/Adventure ones.