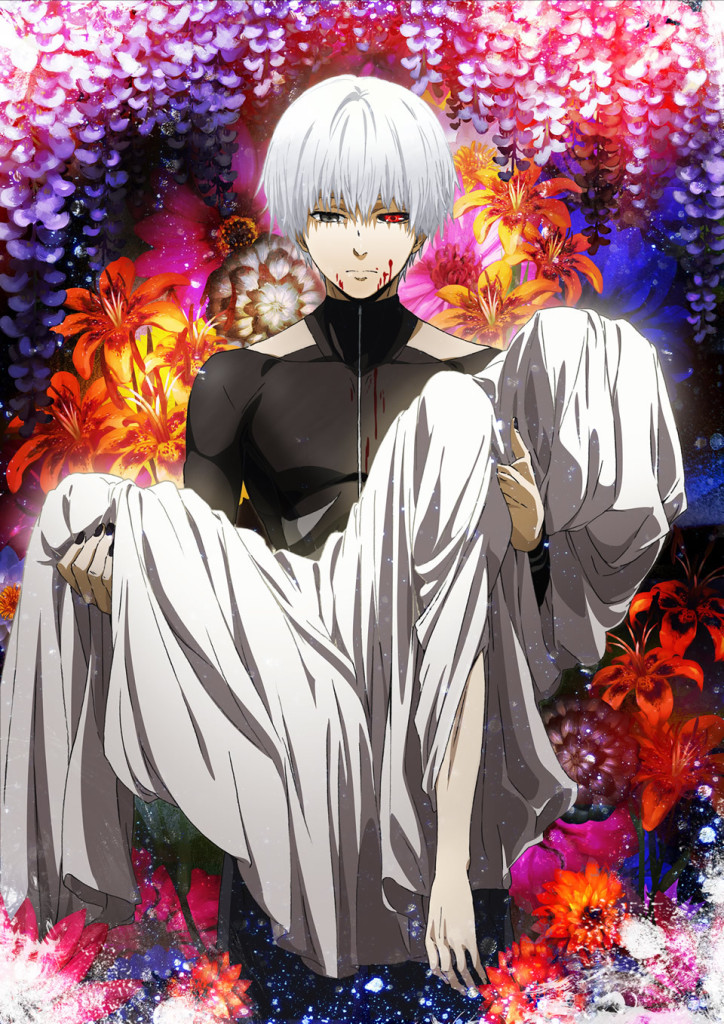 Tokyo Ghoul Root A picks up exactly where the first season left off. Ghouls of the cafe come to Kaneki’s rescue only for him to up and decide to join the Aogiri, somewhat bad ghouls for ambiguous reasons.

I feel the series lost a lot of momentum for its second season/half. As I sit here reflecting on everything that happened, nothing ground breaking happened other than a few things. Sure we learned more about Juzo who showed up towards the end of season one and his relationship with Shinohara. Mado’s daughter Akira gives some insight on Mado, but not much than a potential love interest to Amon. Hide lurks around a lot to do his own investigating of where Kaneki is. Tsukiyama is still the party of this series and he was hardly in it this season to even consider him a highlight. Kaneki going over to Aogiri leaves him basically absent until the last three episodes or so and I feel that’s a big problem when your main character is gone. It happens in longer series, but when it’s only 12/24? Yeah, don’t do that.

The most important things of note are probably the reveal of who the Owl Ghoul is and Hide figuring out where/what Kaneki is. The finale was super anticlimactic the death counts and five minutes of Kaneki walking towards the screen with a body in arms.

The animation quality dropped significantly. Everything about this season was lackluster and unsatisfying. I’ve heard that Root messed up things in relation to the manga, so maybe I’ll pick that up to compare, but as of now, the anime gets a big “meh” from me. It’s violent and gruesome and great for shock factor and the first season is definitely stronger, but the second one just lead to more holes and questions and no conclusion. Emotional build is a big hook for me and it was very lost in the second season and I just didn’t care anymore. The score is still nice and I really enjoyed the ending song. Oh, and the acoustic version of Unravel in the finale was nice.

I apologize for this very disjointed review, but that’s exactly how Root A was for me – disjointed. Maybe when it is all released in dub form I’ll give it another go.