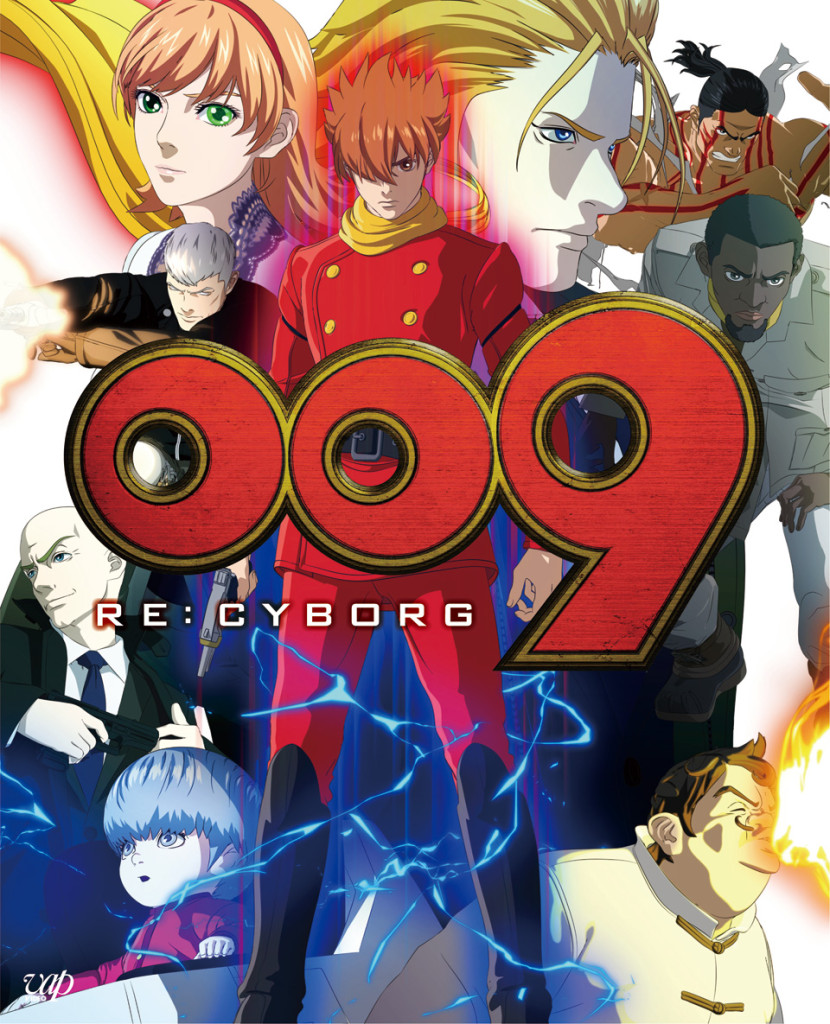 Zach and I had the opportunity to see this at a screening at Alamo Drafthouse a few weeks ago because Funimation is awesome like that. I, however, got to watch about a half hour of it back at AnimeFest in 2013 due to my bias of Miyano Mamoru. I was very confused them, I was still pretty confused while watching the dub as well. I didn’t watch enough Cyborg 009 when it came to the states on television to claim prior knowledge of anything other than these characters were cyborgs and were part of an organization. A lot of my confusion came from many of the characters looking completely different in this film.

Terrorists are targeting skyscrapers throughout the world’s major cities under orders from The Voice and it’s up to the Cyborgs to crack the mystery. With each member being located in various regions, they collect the clues that could connect them to the complete puzzle. Is The Voice a person? An Organization? What do they want? Their goals do not stop at destroying skyscrapers, of course, they want global destruction. After some digging, it turns out that those that gaze upon a fossil of a fallen angel are influenced by it by an overwhelming desire to be rid of humanity. The film ends with our heroes stopping a missile that the United States fires under The Voice and it’s left really ambiguous if the Cyborgs die as we see them in an odd version of Venice.

There was a whole big up to some dramatic reveal of the villain being some evil singular person and using the fossil as some kind of subliminal message, but no; it was just a strange metaphorical impression that humanity is evil and must be reborn. Yeah, didn’t make a lot of sense. High anti-climactic. A lot of things happened so each character could get some limelight, which isn’t bad as far as anime goes and each one brought their own findings to the table, and probably would have been more meaningful for me if the payoff wasn’t so bizarre and pointless. My summary was me trying very hard to make the plot seem more than what was actually there.

The animation is an odd 2D / CGI hybrid (which I’m sure looks neat for 3D). It took some getting used to and wasn’t overall bad, but everything is so stiff and clunky I think it would have been a better artistic decision if only the Cyborgs were animated that way. Japanese and English cast are the highlights of the film for me.

Re: Cyborg is a movie that I think some fans of the franchise can enjoy. This supposedly takes place in the future, but I can’t confirm continuity or anything. Honestly it all felt very stand-alone as I didn’t HAVE to know much backstory, just that these characters are Cyborgs from around the globe and work together and are generally not accepted in society. Then again I’ve seen people be disappointed in this film as it takes the Dark and Gritty route for the sake of appealing to modern audiences generally liking that sort of thing. As a teeny tiny fan I wasn’t all that impressed and mostly bored. The action kept your attention like a shiny object, but the story was poor and weak. Good for stylization, bad if you are expecting to get anything out of it.