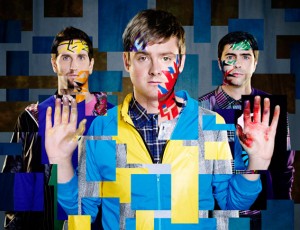 Keane is a fairly unknown artist in America (at least with people I associate with and how I never see them in the media). They are a British pop band, turning alternative rock. But, I’m very certain many of you are familiar with “Somewhere Only We Know”.

I discovered their music in early 2007 with their Under the Iron Sea album released a year prior. My brother was listening to it and I asked “Who is this band, what is this fantastic sound!” Who knew I’d end up more obsessed than he was.

Since then, I’ve kept up with their proceeding albums and gotten a hold of their first studio album thanks to my friend in Britain, who thankfully, was familiar with their music and I in turn shared their new stuff with her.

Their music reminds me of U2, with some Coldplay and a dash of R.E.M. and The Beatles thrown in there. Piano and synthesizers are what front line their music as opossed to guitars like most music in out there. And just because their instrument of focus is the piano, doesn’t mean they don’t know how to rock! Many of their songs range from a ton of energy to soft melodic tunes. Tom Chaplin leads with a beautiful tenor voice.

I’ve had the privilege of seeing them in concert a few years ago and they are astounding live! I also get to see them in another month 🙂

Now that I got a bit of my background with them out of the way, I’m going to write a review of their latest album, Strangeland. 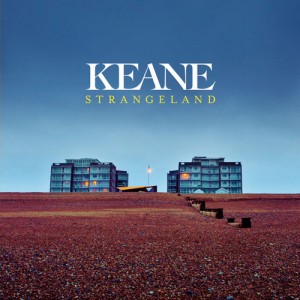 Not going to lie, I’ve been counting down the days until I could get my hands on their fourth studio album. Perfect Symmetry was a great album and it and Under the Iron Sea are amongst my handful of albums I couldn’t live without.

The first song, “You Are Young”, leads the album in a bright-tempo song of hope. “Silenced By the Night” is the second track as the lead single released about two months ago, and it’s a beautiful song about a past love. “Disconnected” has a very Perfect Symmetry energy to it. “On the Road” is the kind of song you really do want to play on the road with its fast beat. “In Your Own Time” applies to me so much in my life right now.

Overall, the album is a beautiful and emotional work of art. While they go from upbeat and energetic to mellow and thought-provoking, every piece is about life and hope. If you are looking for a fun and easy-listening album, as well as a new band, give Keane a listen.

To end, here are some of my favorite songs: