As we come to the end of a great year of film and entertainment, I’d like to address the Best and Worst of 2012. While I saw many, here are my picks.

There’s no way I was going to narrow this down to one. This list is in no particular order. 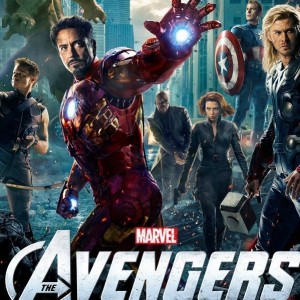 Marvel’s crowning achievement broke box office records. Due to its success, we’ll still have superhero movies for several years to come and this excites me greatly. Joss Whedon needs to be handed more ops to make movies. The Death of Agent Coulson was the biggest controversy and it’s great to know that he lives. With stellar effects and cast, The Avengers was a wonderful blockbuster. Zach and I saw it twice in the normal theaters, once in IMAX 3D and once at the drive-in. 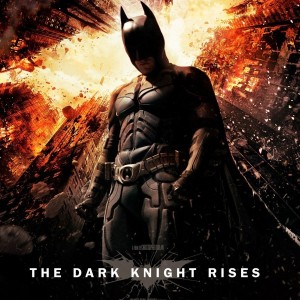 This was the movie I was looking forward to most this year. It fell short of The Dark Knight by A LOT, but I still found it pleasing. It truly makes me wonder what Nolan’s original ending of the trilogy was had Ledger not passed away. I’d pay so much money to pick his brain to find out. I’ve come to terms that Nolan’s version of Batman isn’t necessarily THE Batman. Like, Batman was in DKR all of a half hour and it was more about the citizens of Gotham and how they react to Bane’s tyranny, and let’s be honest, Batman wouldn’t wait around for seven years and mope about a not-girlfriend. In prior movies, Batman did slight detective work, but he wasn’t the master detective he needed to be. He was a man trying to bring about justice. If you think about it, all of Nolan’s films are psychological thrillers, and for what he was trying to accomplish with the trilogy – anyone can be Batman as he is a symbol; how ordinary citizens react to a hero, how corrupt the world is and a person’s place in it – he succeeded. DKR brought closure in the only way it could and I was satisfied. 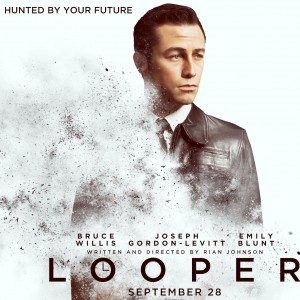 I didn’t expect to love this movie as much as I did. I wasn’t sure what to expect going in, rather than I was having more Joseph Gordon-Levitt in my life and another awesome action Bruce Willis! It was refreshingly original, shocking, gritty and violent story about an apolcolyptic future where time travel is banned. How hard would it be to come face to face with your future self and you have to kill him to close your personal loop… and before he kills innocent people to secure his own past/your future? The little boy in this movie should win some kind of award for his performance. As well as Joseph’s impersonation of a younger Bruce Willis. It’s a shame that it’s rating was R, thus alienating its audience. I can’t wait to purchase this later today! 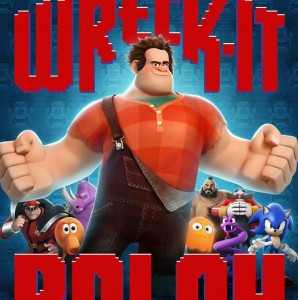 I knew I was going to like it no matter what. But I didn’t think I was going to LOVE it and be reduced to a sobbing mess in the theater. No one does these types of movies better than Disney, and those that think otherwise can go home. Ralph is a bad guy that is struggling to fit in his own game. Everyone can relate to this I think – people judge you before they get to know you, and don’t think you’ll be able to change because that’s just who you are. He doesn’t stop being the villain in his game, but the big difference is how he came to accept who he is, and in that process showed others he could be so much more. Sergent Calhoun is my favorite. Felix is a precious baby. And Vanellope is adorbs. 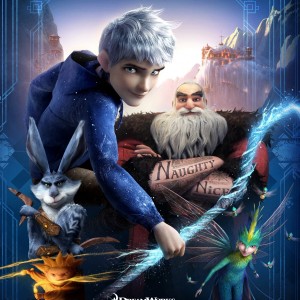 Rise of the Guardians

Admittedly, I saw like two trailers for this movie and saw posters. It was the yearly Dreamworks, and I can never say no to animated movies if it looks pretty and has some actors in it I liked, even though celebs tend to be a flaw when it comes to Dreamworks. And this is one of those cases where the celebrities was a strength and their voice acting abilities shined. Like Wreck-it Ralph, this movie had me tear up, and they both has similar storylines – Who am I and wanting to be believed in. This also wins the award for beautiful animation of the year. The second time I saw it, I paid more attention to the animation and details of the clothing (stitch, wrinkle, etc.), how each character’s pupils were different, the frost and sand particles, Tooth’s feathers and how her wings kept her afloat, Jack’s chapped hands… the list goes on, but man it’s a distracting movie in that respect. 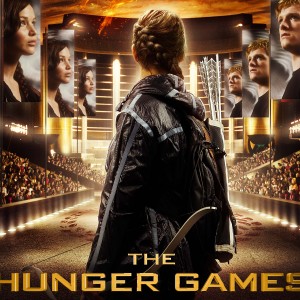 It wasn’t quite up to par with the book, but the scenes that I remembered the most were played beautifully. And while not being constrained to Katniss’s head, we got to see what other characters were feeling and the inner workings of the games. Josh Huterson was a cutie. Jennifer Lawrence’s career will be a prosperous one. I fear for Catching Fire. 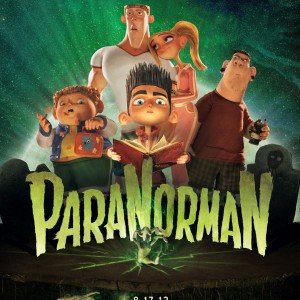 Another animated winner with accepting yourself. I love stop-motion, as it seems a harder process than anything else. It’s funny how both stop-motions this year were horror related. I guess clay can look grotesque, maybe that’s why? But anyway, I found the film charming. Instant classic. 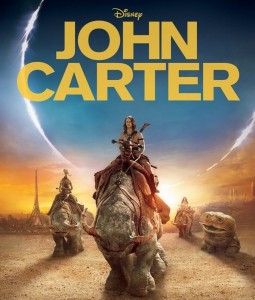 This movie’s failure was due to Disney’s marketing team. They tried so hard it was like they didn’t even try. I knew it was based off of Tarzan’s Edgar Rice Burroughs series. And the coolest part I found, was that these novels were published way before Star Wars, Star Trek and Avatar. Another planet? Aliens? John Carter is like the hipster of now popular sci-fi. But, I do admit the acting was less than desirable, but the content and visuals were awesome. 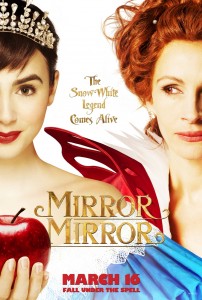 I saw this movie for Nathan Lane, going to put that out there for you right now, but I also love Julia Roberts and she was made for the role of the evil queen. This movie took the Snow White tale on a more mockish trail and I loved it. It was silly and campy and weird. The costumes were amazing. And Sean Bean didn’t die. 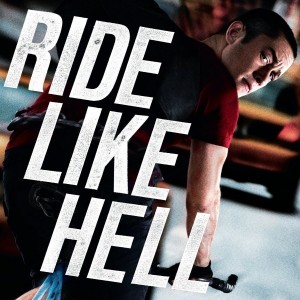 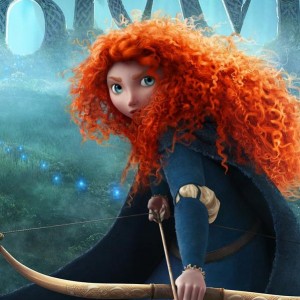 The first teaser had me curious. The second trailer had me confused. And the more I saw, the less I was excited about it. Until I saw a Japanese trailer then my curiosity was renewed. Pixar’s trailers normally don’t reveal a lot, which is fine, and I knew I was going to see it anyway. Visually it was beautiful, up there with Rise of the Guardians, but content wise I wasn’t all that impressed. Maybe because I have parent issues and I took it personally, but aside from that plot point, it was just, okay. Pretty. Cute. Simple. 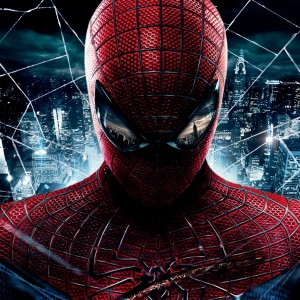 Yeah. The other trilogy was better for accuracy sake. Garfield fills that suit better, though. 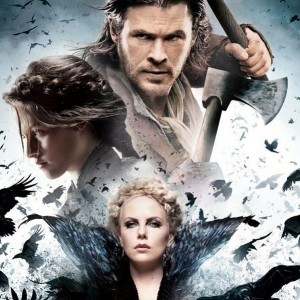 Snow White and the Huntsman

Since I did not have the “pleasure” of seeing Battleship, Huntsman gets my vote. It tried so hard to use its edginess dark take and makes-no-sense shattering into black shards to sway you away from thinking too much about Kristen Stewart. But it didn’t work. Thankfully she said little. Charlize Theron’s over-acting was a distraction, but she made a deathly queen. Sadly, even the beautiful Chris Hemsworth did not save this film. You can read my review here: https://www.mygeekconfessions.com/kristas-korner-snowy-and-the-huntsman/

At this moment, 2013 looks to have a several good movies I’m already wanting to see, by order of release: Oz the Great and Powerful, The Incredible Burt Wonderstone, possibly The Croods, Iron Man 3, Star Trek Into Darkness, possibly Epic, Joss Whedon’s Much Ado About Nothing, Monsters University, R.E.D. 2, I Frankenstein, Cloudy with a Chance of Meatballs 2, Ender’s Game, Thor: The Dark World, Catching Fire, Frozen, Saving Mr. Banks. And as those movies draw closer, there will be more of a buzz and I may become more interested in the other movies.

This year affirmed my love for Joseph Gordon-Levitt. In case I didn’t make that evident.