Zach and I had the privilege of attending A-Kon again this year! Once more, the event was held at the Hilton Anatole in downtown Dallas and it marked the first hottest days of the summer and this wasn’t so awesome as this location is the absolute worst for parking. Admittedly, thinking about the parking situation was one thing I was not looking forward to this year and hoped there would be an improvement upon it – there wasn’t, as there simply isn’t enough hotel space to house con attendees, not to mention having to fork over $20 a day to park there (if you’re lucky) or off site places across the highway or non-official spots for the same price.

Anyway, parking aside… I feel we were able to attend more of the con this year as our schedule was immensely freed up by new regulations of the amount of interviews allowed being limited. You’ll be able to listen to our interviews with Bryce Papenbrook and Trina Nishimura soon, so WATCH OUT! They both were lovely to chat with having never attended a convention with either of them before, very different from past interviews as I’ve attended conventions prior to the podcast.

Our con experiences typically revolve around the guests and this year was no different. Fortunately this year the panels were a bit more themed, which is always refreshing as the typical questions don’t get asked quite as much. Bryce, Trina and Amber Nash talked about voicing anime for more mature audiences, and seeing as how I haven’t been to conventions with them before, it was nice to hear their stories. David Vincent’s Blaz Blue/Kill la Kill was probably the closest to a regular VA panel out there, fun regardless. Amber Nash joined Caitlin Glass and returning guest of our podcast, Kristen McGuire to talk specifically how they summon voices in their heads. Kyle Hebert held an 18+ panel entitled Geek Talk and it was full of pop culture goodness.

On Saturday, David held a Voice Acting Tryout panel where he asked for two volunteers to read scripts and there was lots of talk on how to make a demo. We popped in a little bit for the Lip Synce Battle as we had our interviews to get to, but I certainly hope it becomes a favorite event as Kyle Hebert and assorted guests rocked it! Bryce Papenbrook had a panel where he specifically talked about efforts and reactions in voice acting and there was all audience participation. J. Michael Tatum held his 18+ panel again which is highly inappropriate, but recommended if you are of age and are not easily offended.

And then on Sunday all the remaining guests got together and did the annual Cold Read which made for lots of giggles and definitely a highlight of the con.

As for non-guest panels, I believe we only managed to get to Aniplex’s Industry Panel. We were able to be present for the announcement of the dub cast for Aldnoah.Zero! Unfortunately, at least for the audience in the room, no one seemed to be excited about this news. Other than that, only trailers of upcoming releases and popular titles were shown. You can see the cast list of Aldnoah Zero and release date info here!

A-Kon brings in a gale-wind of artists and dealers from all across the country, so we spent a fair time browsing. We also made contact with a few industries and we’ll see what comes of that.

The Anatole has a lot of loitering space and for such a big crowd it is certainly necessary. Unfortunately the conference rooms are far too tiny to house as many attendees that wish to go to most guest panels. One improvement this year is that those manning the doors took head counts and handed out tickets. Okay, sometimes, but it was definitely useful for the few that did so you wouldn’t have to wait. An event divider rope was placed in the middle of the long hallway towards the dealers room/artist alley, which definitely helped the flow of traffic and there was a lot less shouting from the volunteers.

There were some hiccups throughout our experience, but there’s always room for improvement. Here’s to next year! 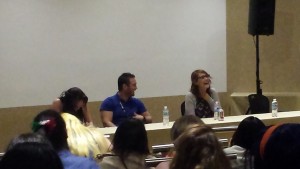 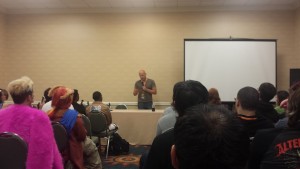 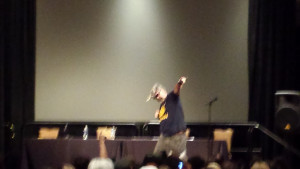 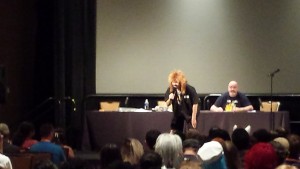 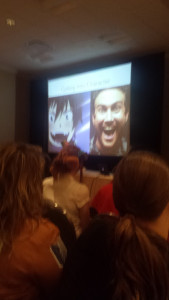 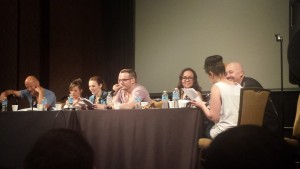 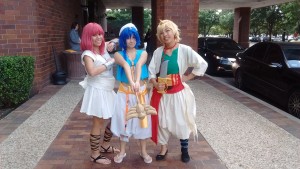 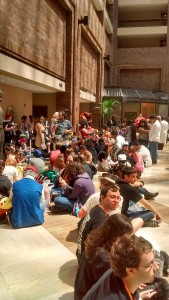 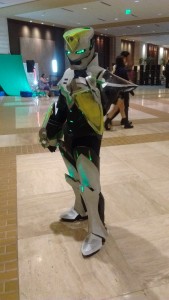