A-Kon 28 packed up from the Anatole in Dallas and moved to Forth Worth’s convention center for its 28th year. We’ve become familiar with Downtown Forth Worth as that’s where Anime North Texas has been the last two years. There’s plenty of restaurants, parking, and historical sites surrounding the convention center itself, which the Anatole severely lacked.  However, we approached this year with caution, unsure how Forth Worth would handle the attendance of A-Kon. With many con goers from Dallas and the lack of the metro rail, we wondered if that would effect the numbers. A lot of the freeway surrounding Forth Worth is also under construction, so anyone not staying at a hotel had a fun time when pulling into the city for the day. Then we heard that con events were going to be split between the convention center and two of the surrounding hotels… 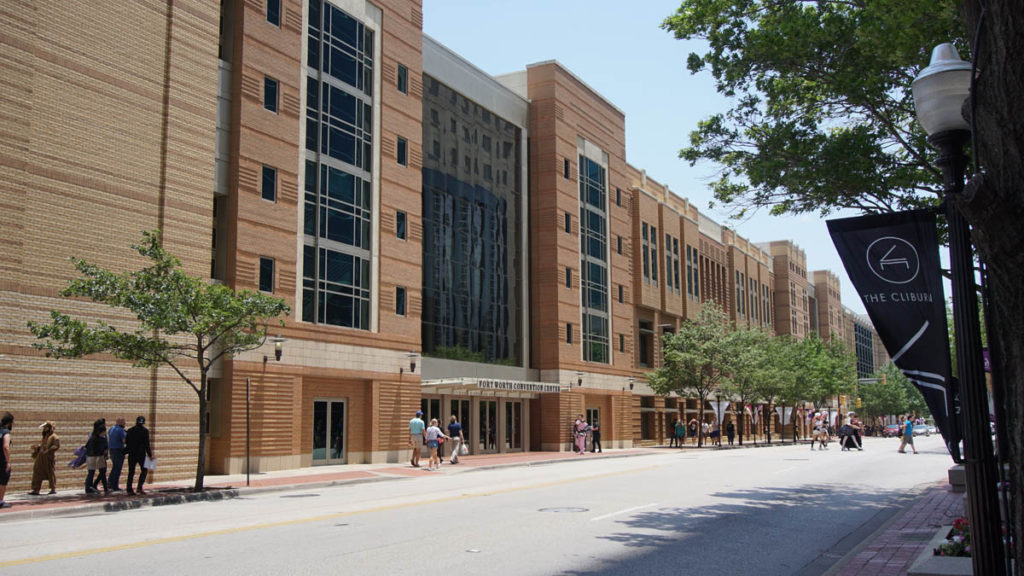 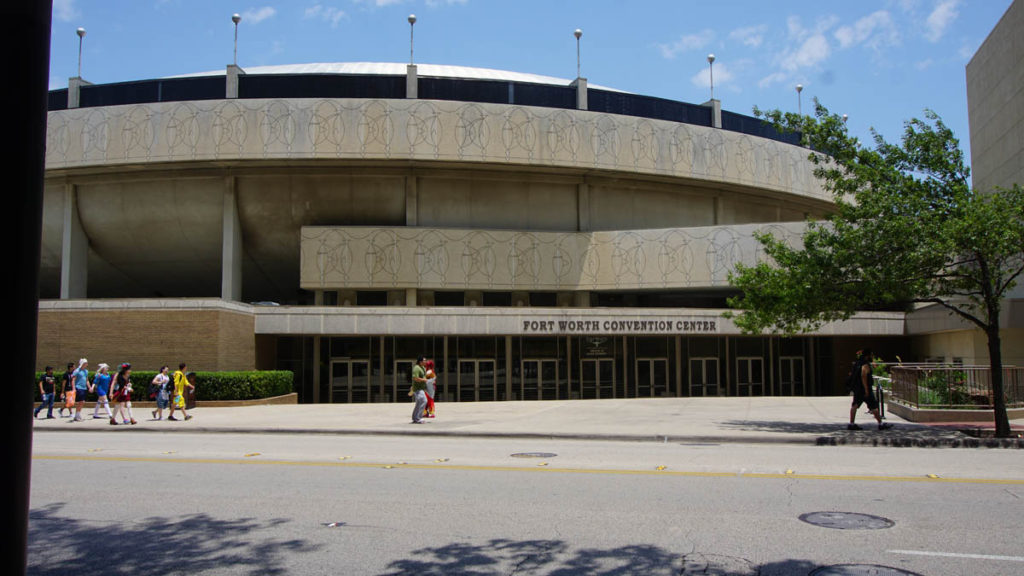 Once we arrived at the con and looked over the schedules, we stayed based in the convention center. The hotels seemed to have a lot of the fan panels, which are lower priority, and due to the massive size of the convention center and the distance to the hotels, it was never convenient to leave. On that note, and probably my biggest complaint, was the set up of Artist Alley/Dealer’s Room. You could exit out of it from multiple doors, but there was only one entrance. You had to walk clear to the other side of the convention center to enter. Unlike most cons, popping in for a quick look in between panels wasn’t possible. This setup didn’t create equal opportunity for the artists as it did for the dealers. Many friends reported low sales. Was it the one entrance? Vendors being the first place con goers see and spend their money too quickly? In past A-Kon’s it has always been the opposite; Artist Alley First and a fair divide of exits for both of them. 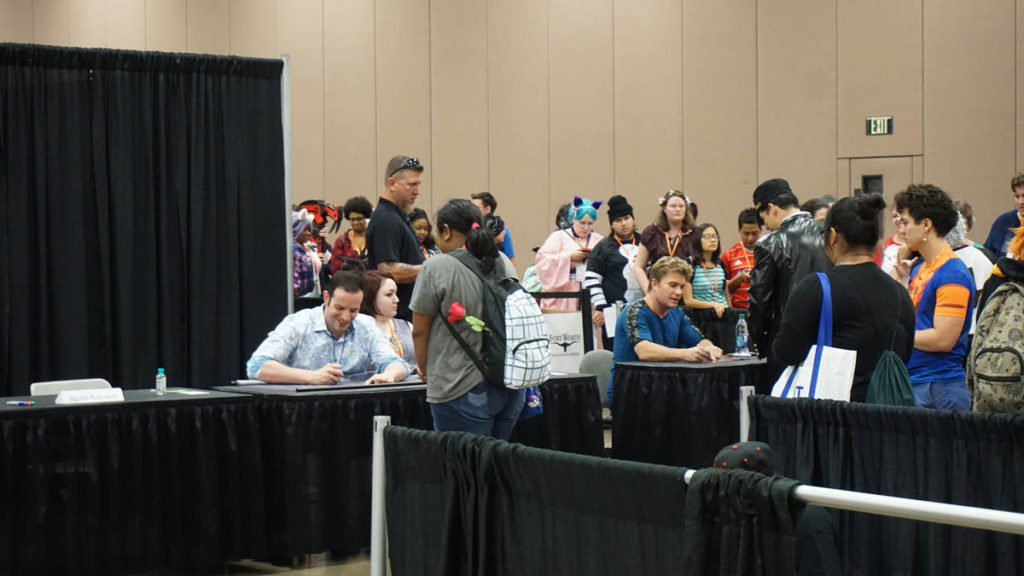 However, while I complain about the size for how to get from point A to B, the spacious venue definitely thinned out the crowds. I never felt enclosed and I was never turned away from a panel room. Most panel rooms were very spacious and accommodated for popular guest events. I’d say the size of them were nearly double what the Anatole offered. It’s hard to say if it was truly a design positive or the crowds were so spread through the other hotels. There were a lot of guests this year, and amount I haven’t seen in years! Unfortunately, that caused a lot of overlap if you wanted to see multiple guest panels and you were forced to choose. If there was a guest panel you missed, you had the opportunity to talk to them at their table in the dealers hall – something I haven’t seen much of! It was also nice if you didn’t want to wait in line for their autograph times (though it was an extra fee to do it this way). 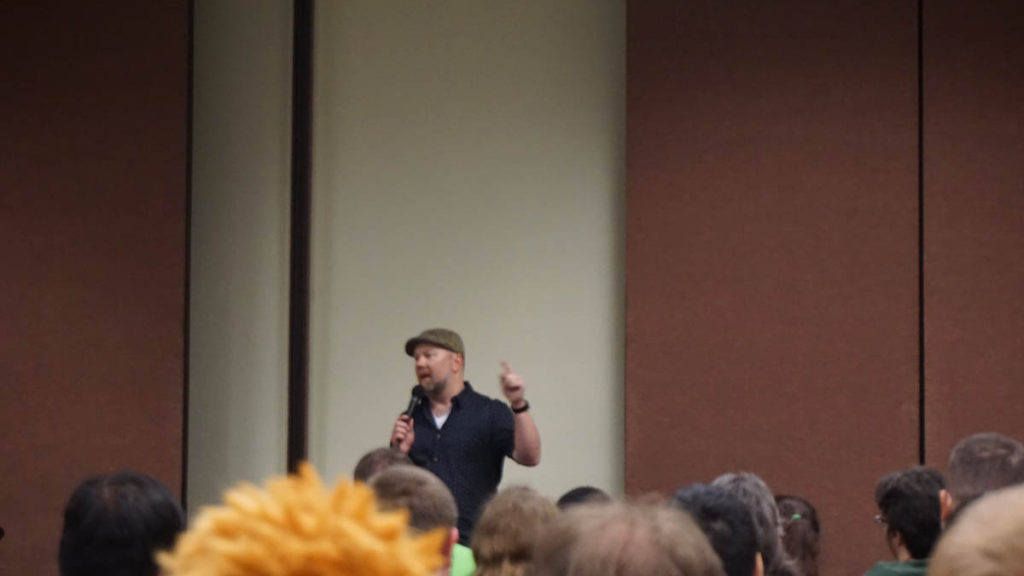 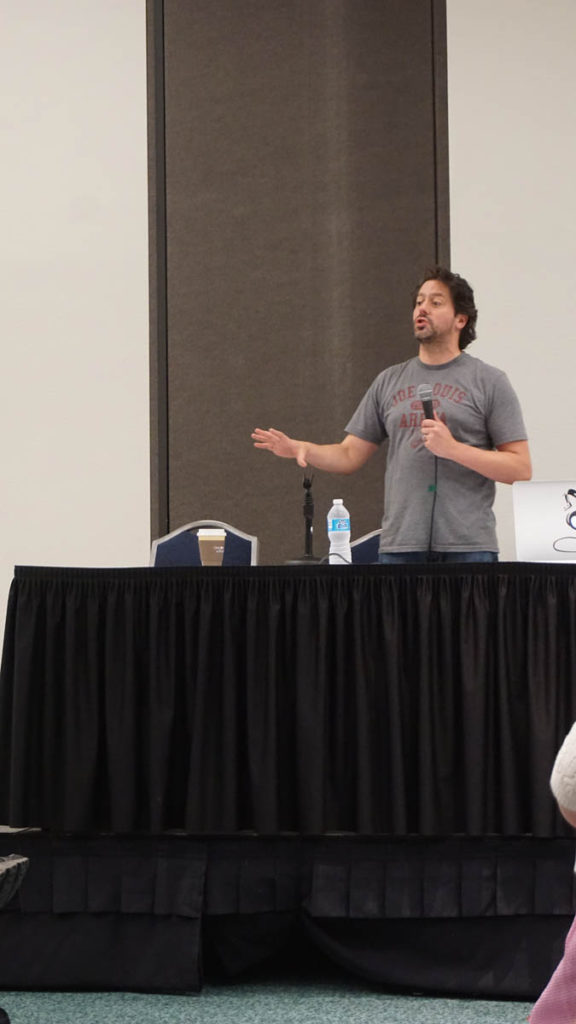 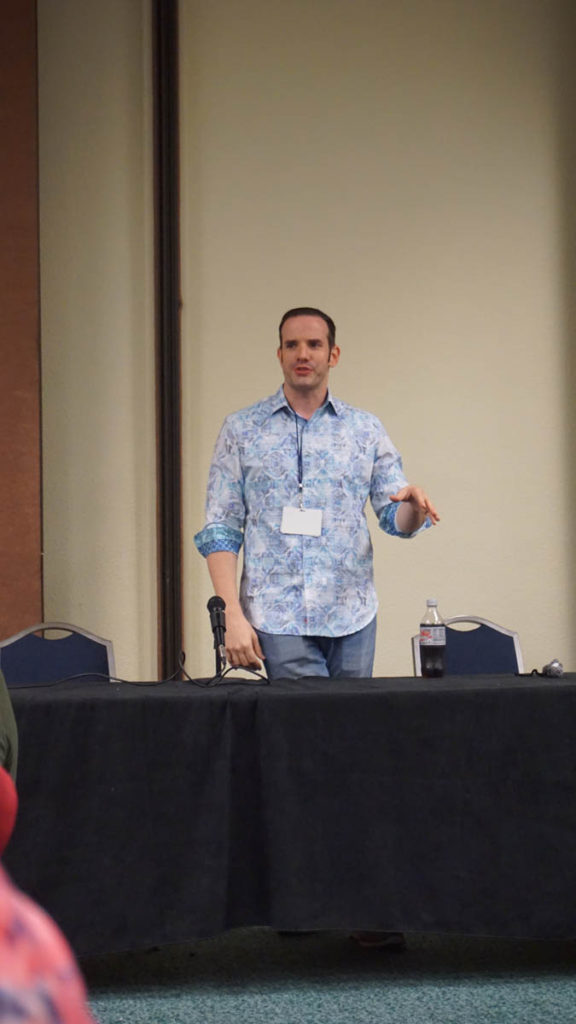 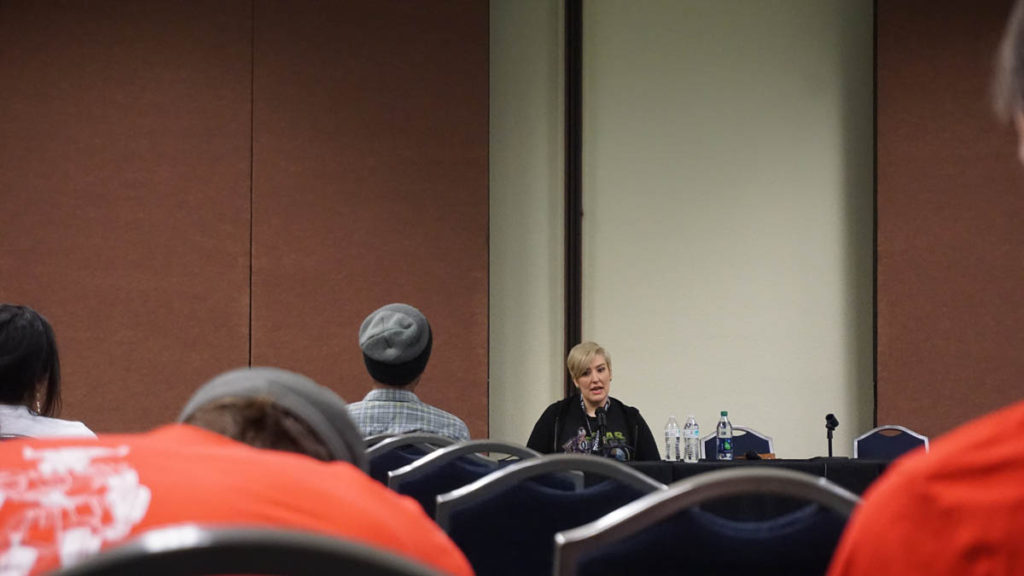 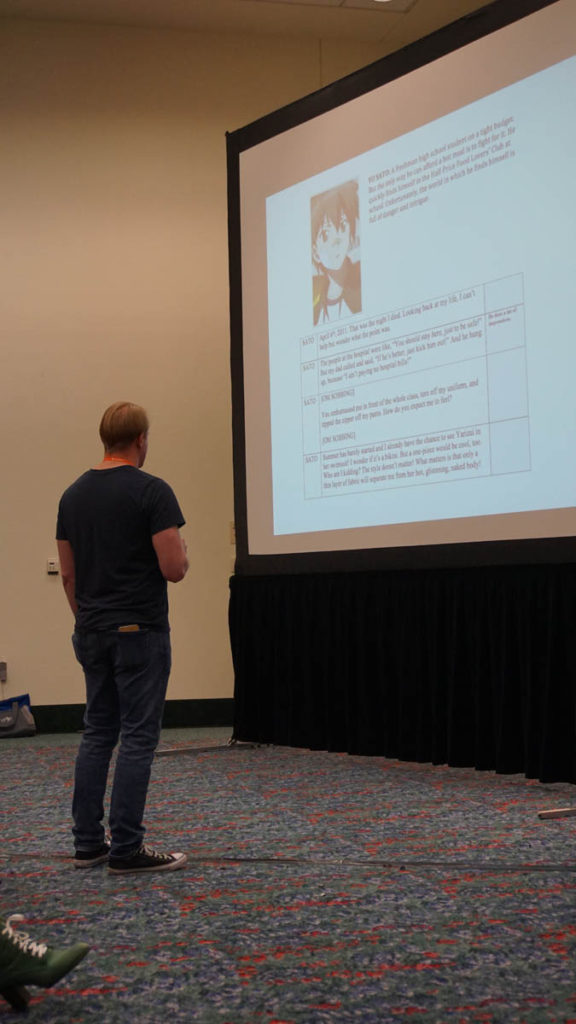 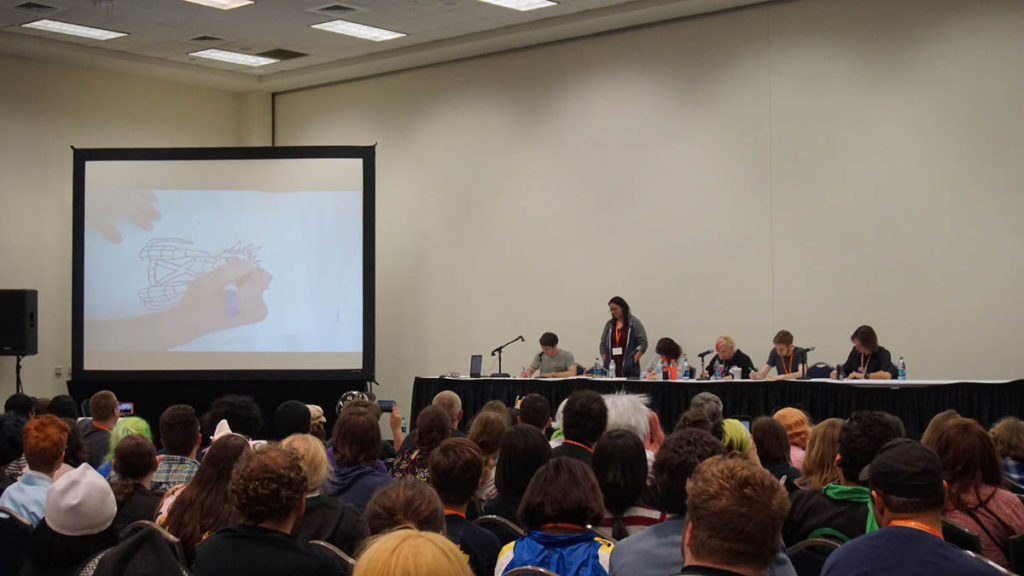 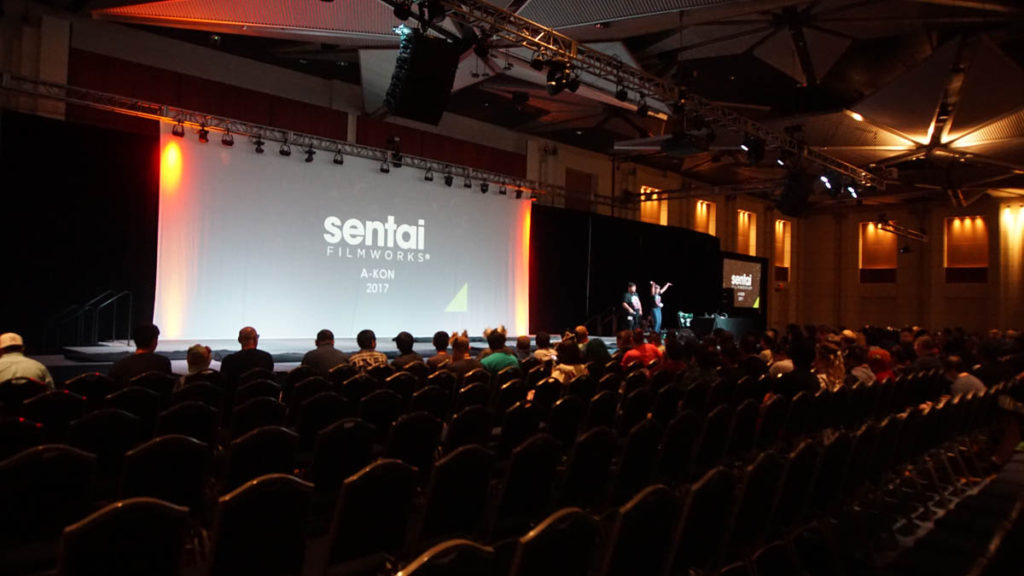 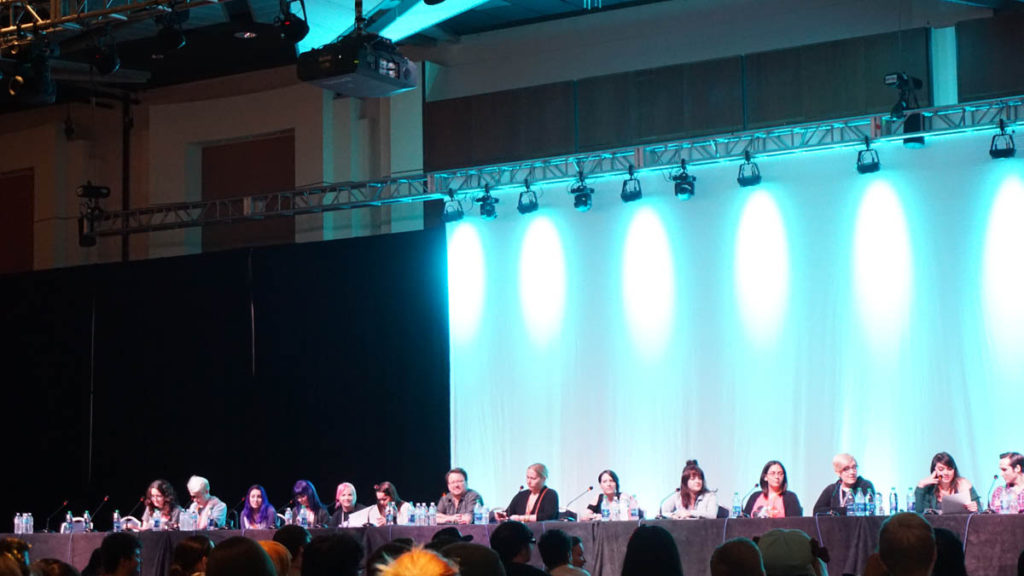 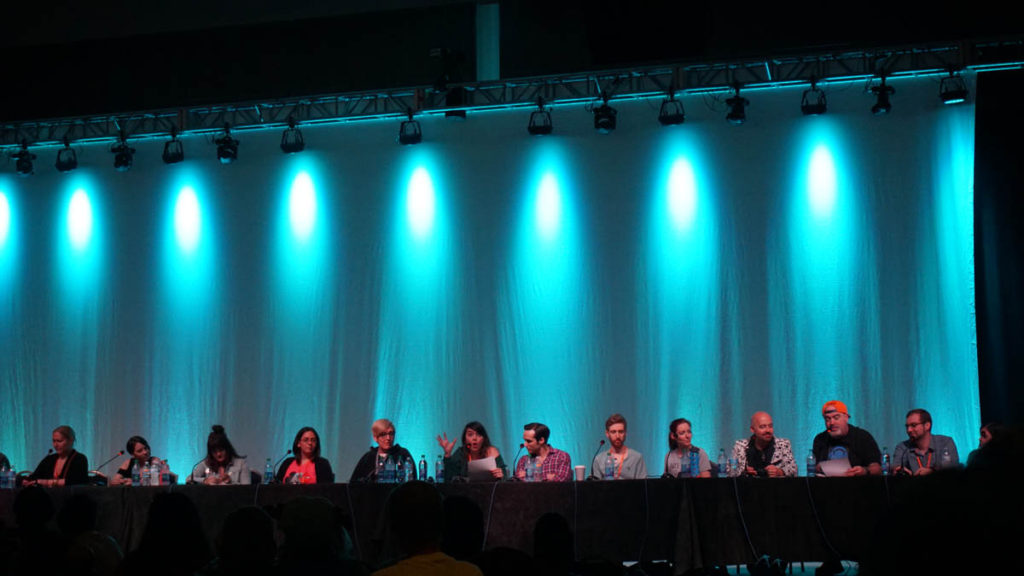 I really enjoyed the space used for musical guests – an actual dedicated space that didn’t need to be taken down and put up each time. Built for it. And no floor shakes! Also, plenty of seating to enjoy. 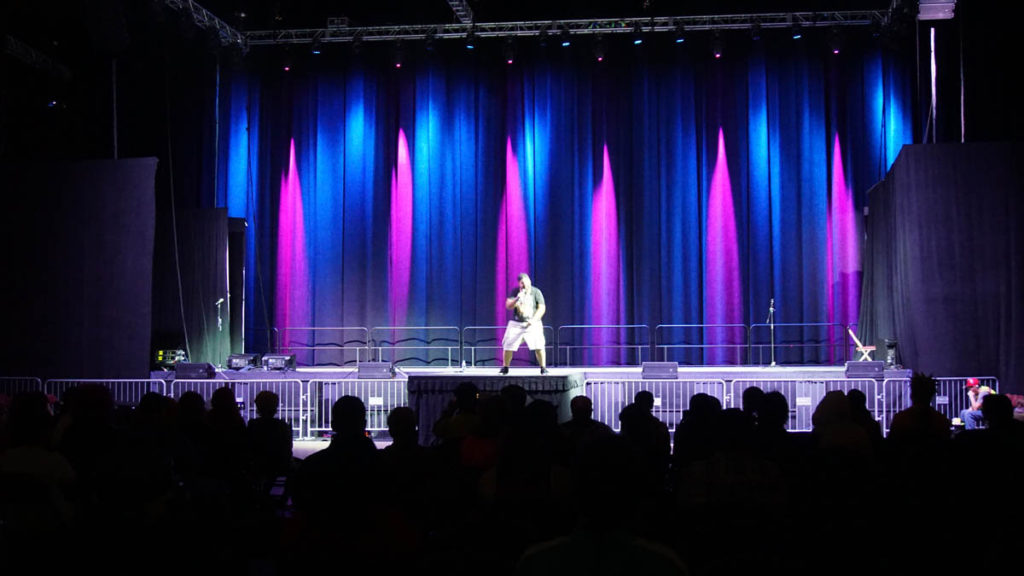 While there was ample parking spaces, and the cost was a little less than if you were lucky enough to park at the Anatole, the prices were incorrect from the information provided by A-Kon itself. There was a “helpful” link from the site sourcing all the parking garages and spaces and their costs. None of the costs were correct. In the end we parked at the convention parking across the street for convenience because it wasn’t worth fighting cost and distance when we couldn’t rely on it.

Here’s some cosplay for this year!