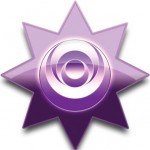 I’ve been attending Anime Banzai since its humble beginnings at Salt Lake Community College when it was a one day con with no guests and was treated more like a huge anime club gathering. Gradually a second day was added with a voice actor guest and a cosplay group. Then attendees outgrew the community college and moved to the Sheradon hotel in Salt Lake City and more guests were invited. Then in 2010 we completely outgrew the Sheraton at 3000 attendees and moved to Layton, Utah at the Davis Conference Center. Before moving to the DCC, I went to Banzai as a casual attendee since it was local and it wasn’t a whole lot to get there and occasionally there would be a guest I wanted to meet and a panel or two to see. Since the change in location and con staff the progression has become more noticeable. Like anything, Time is the best thing for improvement.

Looking at the guest lineup for 2012’s event, I knew it was going to be epic for someone like me who loves going to conventions for the voice actors. My prediction was right, not only did the voice actors blow me away, but the general con experience as well.

I’ve wanted to meet Chris Patton since 2005 when my con going days began. It just seemed that whenever I was able to make my way to Texas for a convention he wasn’t going to that one. Then he took a hiatus from con appearances and anime and I thought I’d never be able to meet one of my favorites. Anime Banzai was his first comeback, and what a way to spend it!

Going to so many Q&As, I’ve become apathetic towards normal questions in regards to the industry, especially when I’ve seen/met a voice actor several times, but Chris’s panel was highly fresh and entertaining. I could talk about his Shares Too Much panel (which is probably the funniest panel I’ve been to, and one of my favorite moments of Banzai this year), but you’d have to have been there – privileged laughs! (and veering from the content ratings of the site…). However, the fire alarm went off during it and the entire convention and hotel evacuated for a few minutes, then came back in and it went off twice more, but by then we knew it was a false alarm.

Chris brought his love Richard along with him and he got to give a panel about life in Japan and different study abroad and teaching in Japan programs, as well as if you were visiting. Zach and I told him that we are planning a trip in February and is more than happy to help us if we have any questions.

Oh, and they enjoyed themselves at Lagoon. It’s totally cool that they are huge amusement park buffs and got to do something fun while visiting.

I knew David Vincent was Grimmjow, but I haven’t been a fan of the Bleach anime, so I’ve only really heard him as Seiji from Durarara. If I were a gamer that may have changed as well. But after going to his panels and hanging out at dinner with him and the other guests he’s a really cool guy. I’m probably going to watch Gunsword, now and follow his work!

Steve Nunez, aka Warky, is a fan favorite at Banzai and has been a guest for so long and we love having him. He’s still the most returning guest on the podcast! Wark After Dark is becoming an awesome yearly tradition for Zach and I.

Interviewing the four of them was a blast. These gentlemen sure know how to have fun and putting them in the same room you can just feel the energy. You’ll all be able to feel it with our Anime Banzai 2012 Podcast special.

Two other guests were also invited and Zach and I feel a kinship with them as they are also generalists and reviewers! Amanda Rush and L.B. Bryant are apart of Ani.Me and review various anime titles, announcements, figures, etc. Oh, and Amanda loves the Steins;Gate dub. SCORE! I wasn’t able to be there for the interview part, but hanging out with them for dinner was fantastic. We talked about Marvel, Texas cons, awful movies, since it’s like all of our thing. Micah even joined us in that conversation.

It’s been a long time since I’ve had so much fun with guests. Probably Sakura con in ’07. Zach and I always get the opportunity to interview the guests and go to the guest dinner, but we’ve never had that much fun! Thank you Chris, Richard, Micah, Warky, David, Amanda and L.B. for a great weekend!

Also a big shout out to Banzai staff. In talking with a staff that has now become a con friend, said that there was never a rehearsal for a fire drill, and they acted calm and collectively as attendees were herded outside in under four minutes. All four thousand of us. The panelist staff that made sure that guest panels didn’t overlap with any major events and kept the panels running on time. The registration staff that did an amazing job taking care of Pre-Registration night and the unexpected line that went around the block for normal registration throughout the weekend. The security that kept people from doing what they weren’t supposed to – Thank you for making this Banzai amazing.

Simon took it upon himself to be our little photographer for the weekend! You can see the gallery HERE

Here are some favorites of photos I took 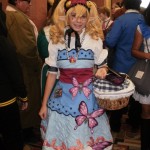 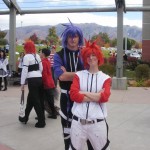 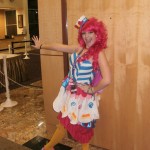 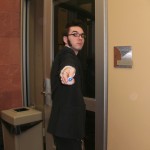 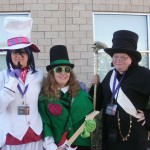 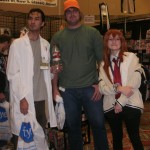 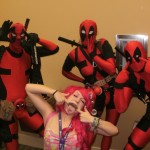 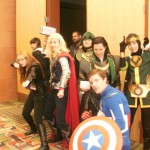 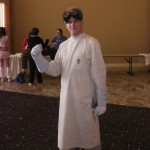 Lastly, as a related aside, Anime Banzai marks five years of Zach and I knowing each other! How crazy is that!?