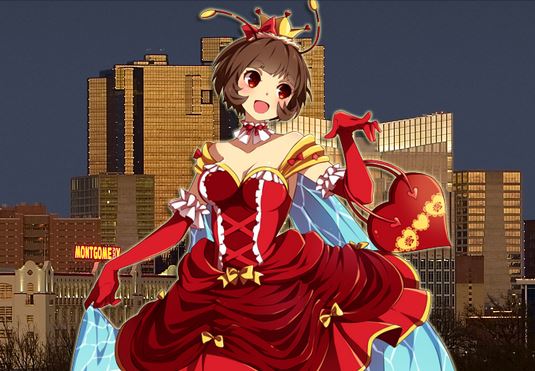 We made it to another year at Anime North Texas and I’m glad we were able to make a somewhat last decision work.

The convention relocated to Downtown Fort Worth at the Hilton, which I found to be the best improvement for this little convention. We’ve been going since year one and the space at the Raddison just wasn’t cutting it. While numbers didn’t seem all that different (without looking at the numbers), the extra space provided at the Hilton was great – Lobby, 1st and 2nd level (lobby for lounging, 1st for main events and dealers, and 2nd for panel and viewing room). the split levels evened out the crowds and cleared hallways. The panel rooms aren’t much bigger than the Raddison, however. Then again, I think it’ll be another year or two before attendees are turned away from entering a quest panel.

Other perks of the location change was that it was more central to food. However, parking was hard to obtain without a price which previously hadn’t been an issue. Fort Worth Convention Center parking garage is a few blocks down and a decent event rate.

Guests attending this year were Greg Ayres, Chuck Huber, Cherami Leigh, Chris Rager and Chris Martin and we had the privilege of interview them and you can listen to Part One here.

While at the convention we were able to attend their respective panels. Chuck hosted a general Q&A of his works and life and then a separate one, which I found to be rather fascinating and definitely made the audience think a little – The Electric Universe – where he expressed the idea of our world being in a game. Chris and Josh had a general Q&A titled Afternoon with Mr. Satan and Boo and it was fun. Cherami had a general Q&A and the difference of VO to Theatre to Film and turning Villains into Heroes. Greg, as always, hosted the dance with his DJing skills.

Along with the guest panels, there was the cosplay contest, the AMV contest (hosted by Vitamin H, and I found it weird it was on Friday night…), assorted fan-run panels of crafts, general fangirling, etc.

Overall we found the location to be the biggest improvement. Staff stepped up their game and were very helpful for us. Press coordination was very organized as well.

Thank you, ANT! We’ll see you next year! 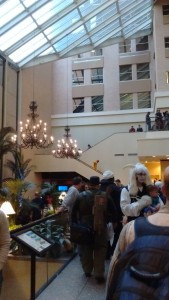 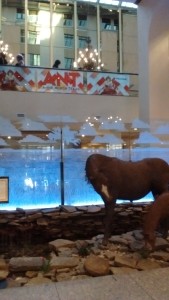 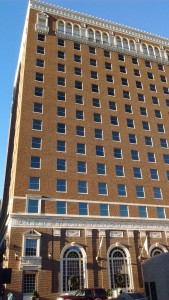 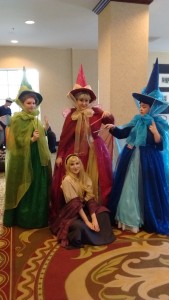 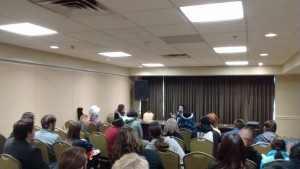 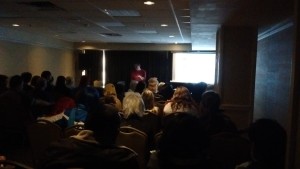 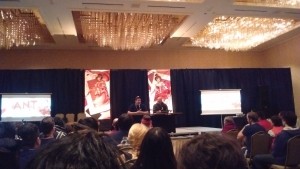