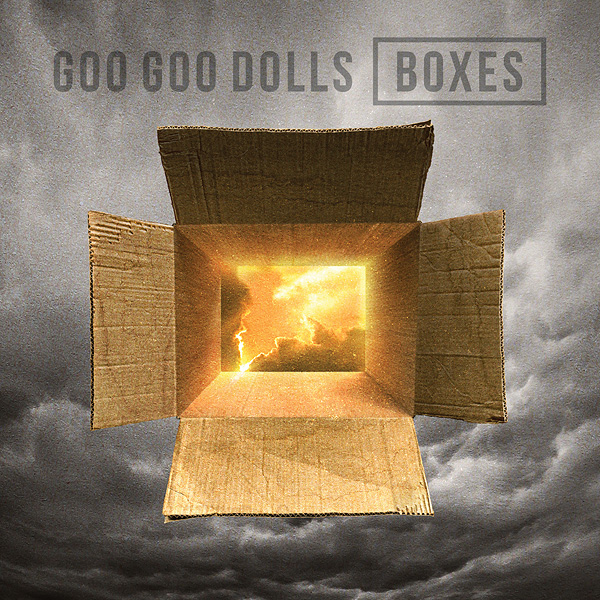 Boxes is The Goo Goo Dolls 11th studio album and I couldn’t be happier! Magnetic was an incredible, upbeat album with so much positive energy, I’ve been waiting for more. I suppose three years is an understandable wait!

Boxes is the first time the band has worked with other song writers and producers (notably of OneRepublic and Philip Phillips). John Rzeznik is a very private individual and preferred to keep the creative juices between him and best friend/band mate Robby Takac. John got has been going through a lot of personal trials since Magnetic and felt he needed outside sources to help in with a new album. The results work for me, definitely taking some strands of the mentioned bands, but still being Goo with their uplifting, heartfelt anthems. You can tell how personal the songs are to the now duo (after Magnetic’s 2013 release, drummer Mike Malinin parted ways with the band before their summer tour.)

Some gripes of mine were how some tracks felt too repetitious, dulling the impact of the verses. Tracks like “Over and Over” and “The Pin” have an odd recording quality to them and have a hollow sound to them. Not sure if that was intentional for style choices or a mistake or just my ears.

Despite that oddness of “Over and Over”, it’s definitely one of my favorite from the set and I’ve been in love with it from the digital single release a month prior to the album. “Souls in the Machine”, “The Lucky One”, and “Reverse” are wonderful bright and upbeat rock ballads with signature flair. “Boxes” is a lovely down to earth tune. “Flood” is also a good tune and another surprise for a recorded duet, something that hasn’t happened in Goo Goo Doll’s discography! John has performed on stage with other artists, but nothing on albums. Robby’s “Prayer in my Pocket” is super cute.

Goo Goo Dolls will be hitting the road this summer on tour with Boxes and their backlog of tunes. Check here to see if they are coming to your city! (I’ll be seeing them in September :>)