I’m sure Cori will be happy to inform us of her Comic Con adventures on Thursday, but for now, I’ll share some stuff that happened over the weekend that I’m particular about/feel worth mentioning.

-Iron Man 3 (May 3, 2013). Well, sounds like they were trolling us all along and we will be having the Mandarin confirming Ben Kingsley’s role. There was also a reveal of Iron Man’s new suit that sports more gold. Personally I think it looks cool, even if the Red + Gold is more iconic.

Let’s take a moment and admire some Robert Downey Jr. 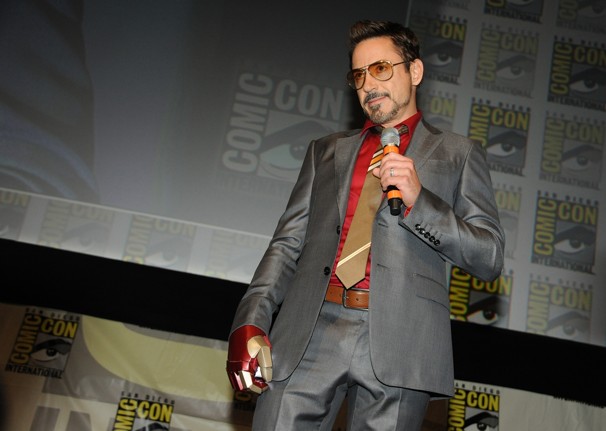 – Guardians of the Galaxy (Aug. 1, 2014) Honestly I don’t know much about this series. Just that there’s a raccoon. I hope they’ll use a puppet, but I’m sure it’ll just be CGI. 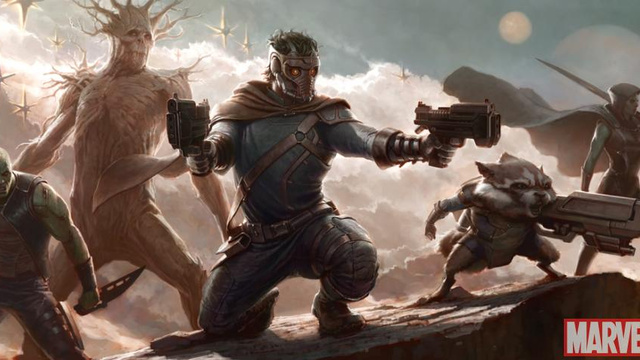 – Ant-Man. Test footage was shown of how Ant-Man’s shrinking and growing will likely be handled. Sounds pretty legit. Even cooler? Edgar Wright of Shaun of the Dead and Scott Pilgrim fame will be the director and writer.

– Man of Steel – (June 14, 2013). Teaser screenings left mixed reactions. Me? I get another Hans Zimmer score! There will be a teaser-trailer before Dark Knight Rises. Maybe that’ll make me more interested in the film itself. 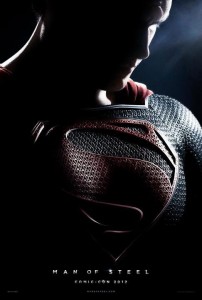 – A trailer for Disney’s Oz: The Great and Powerful was released. Personally, I think it looks really pretty. Not a huge fan of James Franco, but he at least looks good in costume.

– A trailer for Lone Ranger was also shown. Apparently it’s hitting budget concerns and a for-sure release date is unknown once more. At least they are trying to get interest. 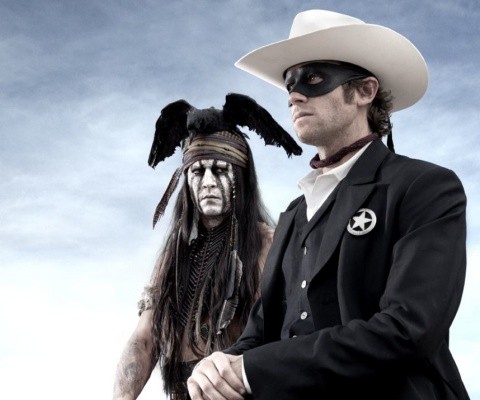 – Kung-fu Panda 3 confirmed! Not that there was any doubt.

-Oh yeah… X-Men Origins: Wolverine 2. That was happening, huh? Do not want.

–The Avengers Blu-ray goods: It’s confirmed that the short on the Blu-ray will not be an Agent Coulson 🙁 Noooooo my dreams!! How will Zach survive?

– Marvel’s The Avengers: Earth’s Mighiest Heroes will not be canceled as we were almost led to believe from some punk kid who was mad at Marvel Animation. The series will be retitled Avengers Assembled. EMH will be ending with 52 episodes then lead into the new title and is mentioned to be more on the darker side like this year’s blockbuster.

– The Legend of Korra picks up two more seasons of 12-14 episodes each, making the complete series run for a total of 52 episodes. New characters and costume designs are revealed.

-Somehow I forgot that How to Train Your Dragon was getting a TV series. Oops.

-Joss Whedon held a Firefly panel for a 10 year reunion. There was fangasming. Joss reveals there will be a comic taking place after the events of the Firefly series and the Serenity movie. He also states he is not certain on if he’ll be directing Avengers 2 🙁

Other things to note that are in production and are being released this year that had panels and just the mentioning of them in my searches make me excited:

– Looper. Joseph Godon-Levitt and Bruce Willis film in September. I love both of them as I’ve stated on the podcast. I hope it’s good.

– Arrow. I really hope this ends up being as good as it looks!

– Revolution. LOST producers and Supernatural writers team up together for this series and I also hope it’s as good as it seems so far.

– Teenage Mutant Ninja Turtles. Premiering in September on Nicklodeon. Honestly TMNT was the reason I really wanted to make it to SDCC because most of the cast was there! I love Rob Paulsen. Just FYI.

Out of all the cosplay photos I’ve seen, this is probably my favorite.