Last Tuesday I was able to see Keane in concert with fellow co-host, Melissa. We had a great time! The weather was perfect, the venue was accommodating, the band was full of energy and the audience was enthusiastic (some alcohol-induced and some not).

I’ve become quite fond of the Gallivan Center. It’s an outdoor venue with option of grass, concrete and park benches to sit on nestled in the middle of downtown Salt Lake. The acoustics echo off the buildings. X-96 Big Ass Show was held there last year as well as Anberlin’s secret concert. I saw Keane a few years ago at Kingsbury Hall and I actually prefer them in an outdoor venue where they can have more fun with the crowd and it be less formal and more intimate.

They started the concert off with the front runner track from Strangeland, “You Are Young”. Tom Chaplin’s vocals are amazing live. Never a flat or strained note – gorgeous. One thing I did miss about the Kingsbury Hall was getting a view of the whole band. I remember watching Tim Rice-Oxley rock about while playing the keyboard – Always wondered how he didn’t get dizzy – shame I couldn’t get a good look at him. Richard Hughes jammed on the drums like a true rocker. And Jesse Quin made the front row swoon with his bass-ing and blowing kisses.

You Are Young, Bend and Break, Day Will Come, Nothing in My Way, Strangeland (snippet), On the Road, We Might as Well Be Strangers, Perfect Symmetry, Silenced By the Night, A Bad Dream, Disconnected, This is the Last Time, Starting Line, Everybody’s Changing, Somewhere Only We Know, Is it Any Wonder?, Bedshaped, Sovereign Light Cafe’.

Yep, you saw that right, FOUR encores. We did not want them to leave and they wanted to keep gracing us with their wonderful music. It was kind of hilarious how they kept exiting the stage and we’d cheer for them… then they’d come back. They said on stage, as well as their Twitter, that the Salt Lake show/crowd has been their favorite of their North American tour thus far. And they aren’t the first to say that – Anberlin says SLC is their favorite and that’s why they did a secret free concert.

Overall, the concert was a blast. I love seeing concerts. Seeing my favorite bands perform my favorite songs on stage is one of my favorite things ever. Every concert I’ve been to, I’ve never been disappointed and I find myself fortunate that the bands I love are fantastic live.

I managed to record snippets of a few of the tracks that they played: You are Young, Bend and Break, On the Road, Perfect Symmetry, Somewhere Only We Know, Is  it Any Wonder?, Bedshapped, and Sovereign Light Cafe’.

As well as some photos! 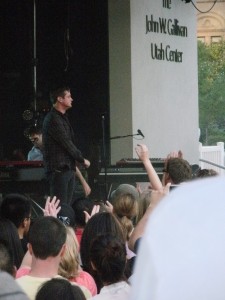 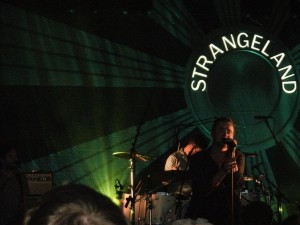 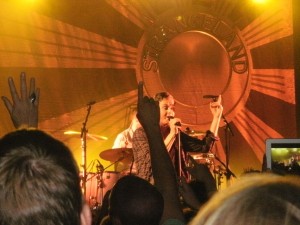 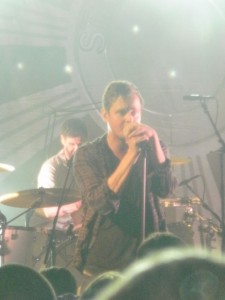 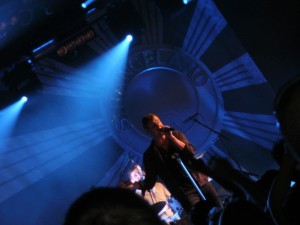 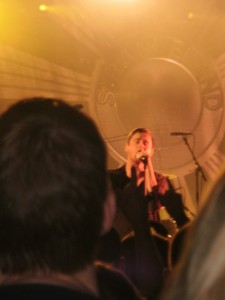