Upon its announcement, we reported of the release of The Lion King: Legacy Collection CD. It was to have the complete score of the film that has been withheld from the public despite begging for 20 years. And that’s not all of what is magical about this release.

Let’s look at the packaging.

Rather than the standard plastic jewel case, we get a lovely soft hardback booklet with two pocket inserts for the two discs behind bound, glossy pages. The pages tell the story of how they got Hans Zimmer to compose the score and his surprise in the success of the film (won the Oscar in 1995). It also mentions a bit about Tim Rice and Elton John, though primarily about the score work of Hans Zimmer and African singer Lebo M. After that are the lyrics of the musical numbers by some early concept art. The lyrics are followed by early concepts of a few characters. 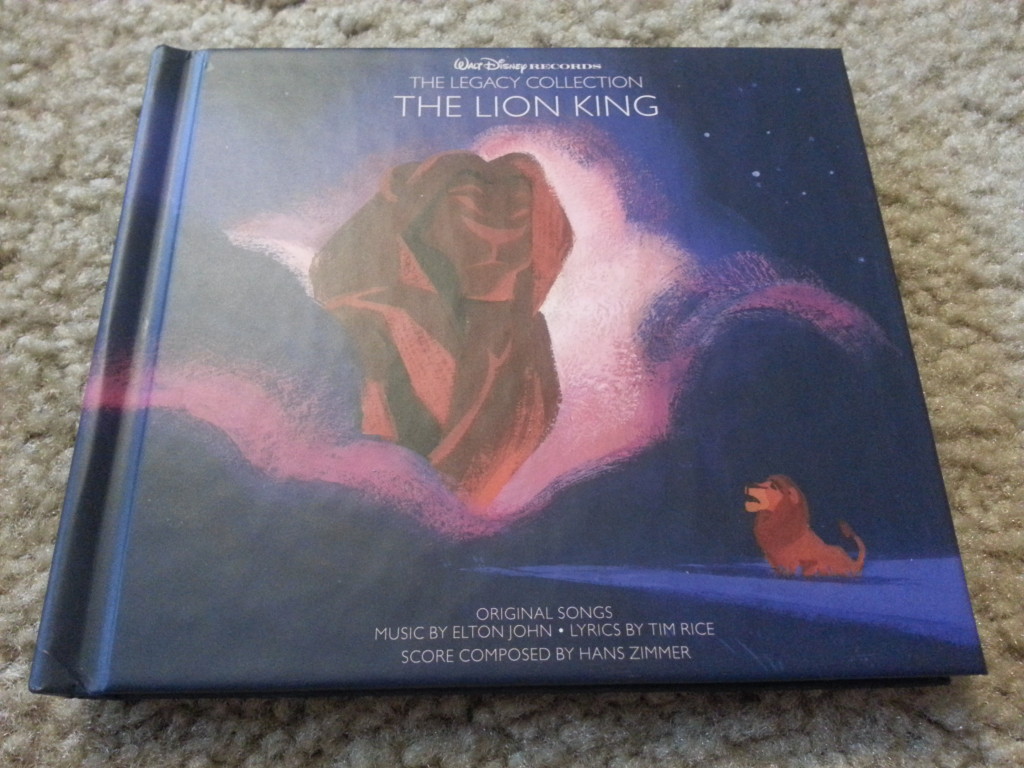 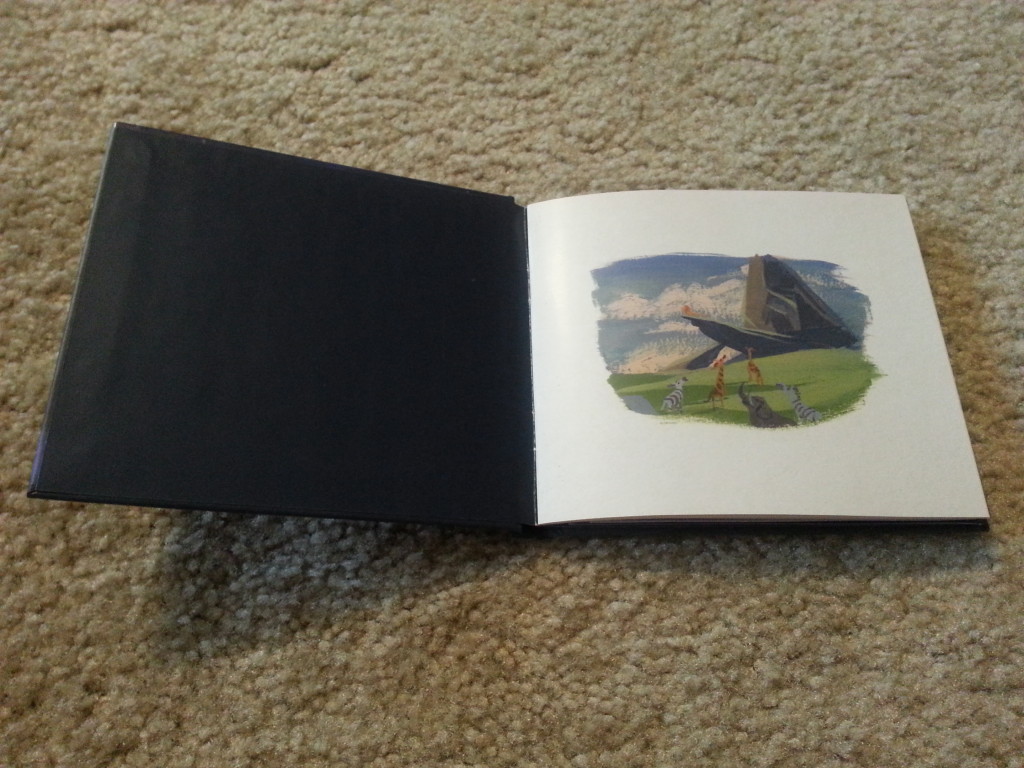 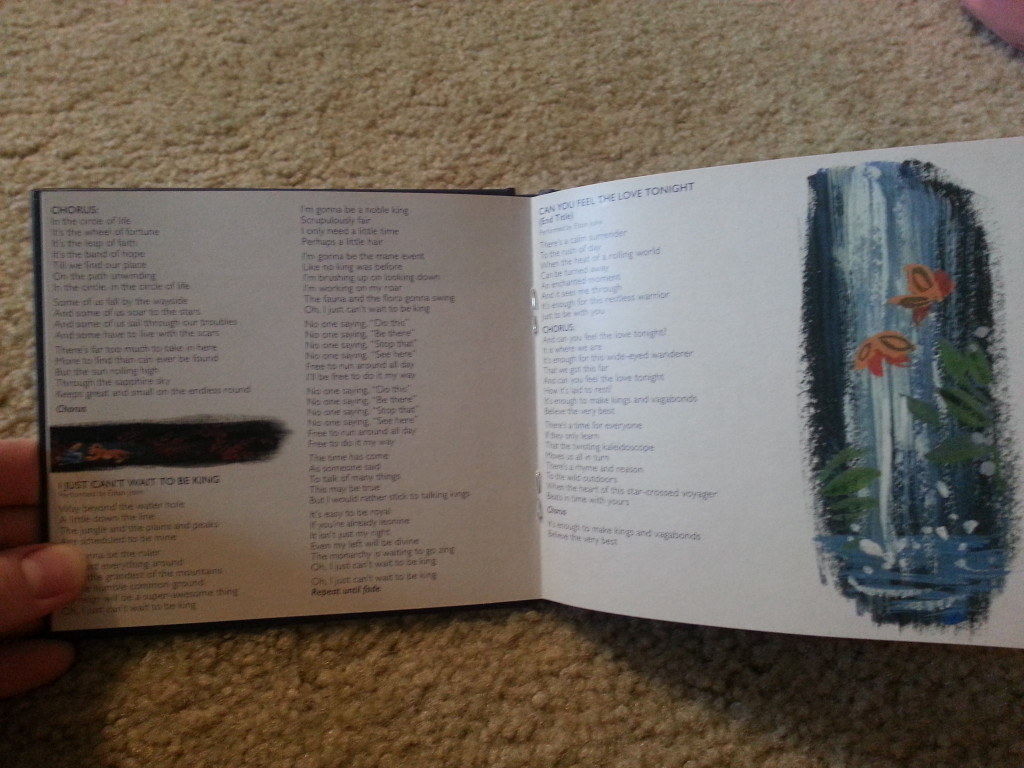 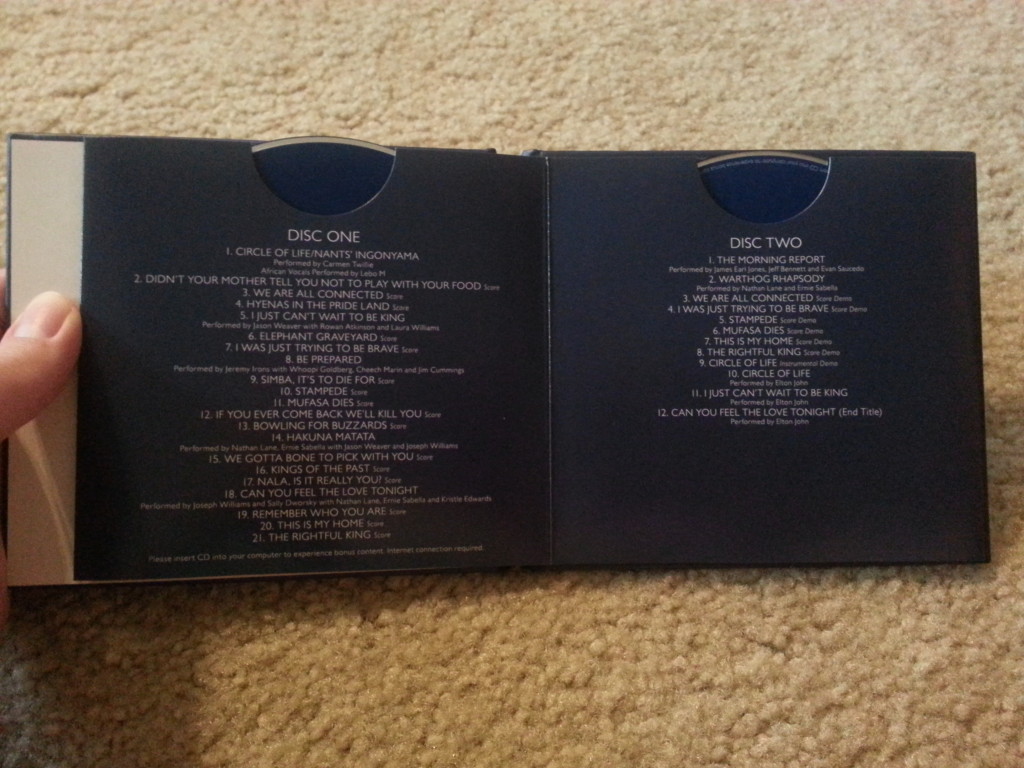 With this gorgeous design, the Legacy Collection is definitely made as a collector’s item. I can only assume this will be the format of the collections to follow.

On the first disc, the tracks are as they appear in the film. It starts with “Circle of Life” and rather than going to “I Just Can’t Wait to Be King”, goes with the unreleased full score of “Didn’t Your Mother Tell You Not to Play with Your Food” (the banter between Zazu and Scar), followed by what on the previous released soundtracks called “This Land”, now called “We Are All Connected” (Rain, Rafiki and Mufasa and Simba’s talk of the kingdom), being the full version from the film.

With the run time, it makes it so the film has about fifteen minutes where there is no music at all.

The second disc has the song that Disney thought we needed animated into the film with the DVD release in 2003, only to be removed from the film on the BluRay and both times I’ve seen the stage play it has also been removed, “Morning Report”, the early version of “Hakuna Matata”, “Warthog Rhapsody”, as well as several Demo tracks of what eventually became what we hear in the film.

Listening to the demos are cool for me. It’s interesting to hear the slight variations in percussion and wind instruments. The increase or decrease in the African vocals. While not drastic changes, it’s enough to notice a difference and wonder about the artistic decisions to rule in favor of more of a certain instrument or voices. In the last track in particular, it seems like the stage production version of King of Pride Rock – more focus on the vocals and dimmed instruments.
As a lover of The Lion King I recommend this. As a lover of Disney animated films and musicals I recommend this. As a lover of Hans Zimmer and movie soundtracks I recommend this. If you have never gotten around to purchasing the original release of the soundtrack in 1995 or the re-released (supposedly) remastered version in 2003, this would be a wise purchase as this collection truly contains remastered tracks.

The Legacy Collection: The Lion King