As some of you may recall from my Anime post, I spoke of one individual that would make me watch anything no matter the genre (okay, there’s some I haven’t watched because I’m not AS EXCITED to watch it, but still). His name is Miyano Mamoru.

My first experience with him happened with Ouran High School Host Club. A friend of mine had started watching it with three episodes already released in Japan and shared it with me one day (cause honestly, not being in my liked genre’s I may have not even watched it until way later!) She said it was funny and the art was pretty, so I figured why not. Then this spaz comes out: 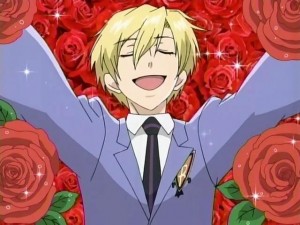 Instantly I liked him. Even more so, I REALLY liked his voice. I believe I went home that night and looked up the cast from it. I saw Miyano Mamoru’s name there and did some poking around and saw that he was fairly new to the anime world, two leads and a handful of supporting/minor roles and a big part in the Kingdom Heart video game series (Riku). He was 23 years old at the time.

Normally I am not attracted to Asians. I had a friend that was big into Jrock/Visual Kei back in the day and we’d watch their music videos and she’d go off on how hot they were, but I never found the same attraction. I suppose they were in their own way, but I personally wasn’t interested. I found pictures of Mamo (this is the nick name he goes by), and found him veeeeery nice. 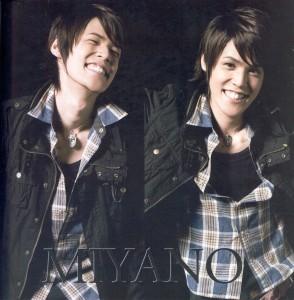 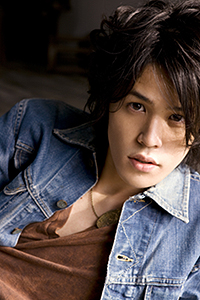 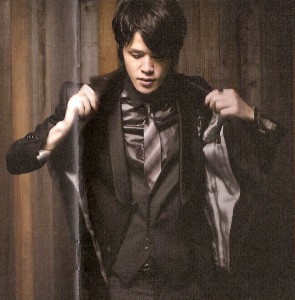 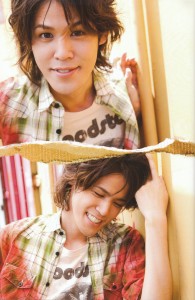 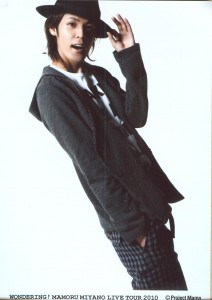 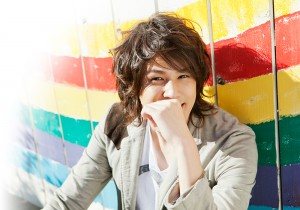 I then did some more searching on the internet to see if there was a fan club or something and lo and behold I found someone that translated his blogs on LiveJournal. Sadly the user moved on from Mamo to other Japanese voice actors, but I bookmarked his blog and saw the pictures he posted of himself. Even not being able to read the kanji, I could still feel the energy as he tends to add symbols like hearts and stars and emoticons in his writing. But back when she was translating, I felt I got to know that he was a child at heart, a dork, caring and passionate about his budding career.

A month after Ouran ended, he landed the lead role in the anime adaption of a very popular manga, Death Note. It was eerie to have him be a polar opposite of his character in Ouran – calculating, manipulative and twisted. It really showed how good of an actor he was and his vocal range. I wasn’t the only one that thought so, as that year he won Best Voice Actor of 2006.

Since Death Note, his popularity has grown and he averages about seven animes a year, and is always doing Drama CD Albums with occasional video games on the side.

Six years later, I’ve seen the growth in his acting talent. I’m constantly amazed at his range, the emotion he puts into the characters as well as his own personality. As much as I love his voice all calm and smooth, I much prefer the characters that are spastic and full of energy like he is in real life. If there’s a mixture then I’m completely in love with that character.

After a year of being converted to Mamoism, it was announced that he would be releasing a single for the closing theme of an anime, which he was in. I jumped on that and pre-ordered it. Previously I had only heard his character songs and they were fantastic, but I was super excited for him to get his own CD. It arrived and I gained a new appreciation and level of fangirling.

The following year he came out with his second single that contained the intro to a PS2 game. To this day, it remains my favorite Single. If the chance ever comes that I meet him, he is signing that one. 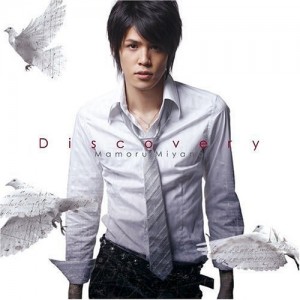 Since his speaking voice is so beautiful and flawless, you can’t expect his singing to be any less. His voice is something that I can’t compare to anyone else. The only other musicians that can stop me dead and swoon are Josh Groban and Johnny Rzeznik, but even they are incomparable. Japanese music and the singers just seem to have a different heart and soul and sound than American music, and that’s probably the biggest reason why I can’t compare him.

His voice is smooth like water and can hit gorgeous angelic pitches. He can hold out notes and cut off without making obvious breaths. Wonderful control of his voice.

With each new song he improves. It’s not to say his early stuff is horrible or bad, but there is improvement. The sound and quality get better and better. He’s even written and composed a few of the songs himself! He challenges himself with trying new sounds. When he started the songs were much pop-ier and anime-esque sounding, while recently they are more on the rock band side.

In five years he has released eight Singles and three Albums as well as assorted character songs for soundtracks. I own every Solo Single and Album he has released. They are not cheap either, my wallet weeps, but my soul is pleased.

Favorite Songs (some are the actual music video, some are photos with text… And some I can’t find because Youtube is fail): )

Garnet and because it’s my favorite, have the live acoustic version 😀

While hearing him is a treat, watching him is also a fun experience. He’s taller than your average Japanese man and it’s often hilarious to see photos with him with other actors and how he towers over them. His fashion stirs many giggles. His dance moves from the music videos are shiny and LOL-worthy. He constantly has a smile on his face and a laugh that can warm the room. You can just tell that he loves life. His personal motto is “Laugh & Peace” for goodness sakes!

At the end of his first concert he broke down in tears, overwhelmed with the love and support his fans have for him. It’s that humble and happy attitude that makes me continue to be a fan. Because of my admiration of him, I started the Miyano Mamoru fanclub and it is nearing a thousand members world wide! I’ve also gained really wonderful friends, as well as one that translates his blogs on occasion and likes to spoil me (I love you, Shiana!)

It’s not just the talent that Mamo has in his acting and singing that makes me love him; it’s him as a person. He’s generally a happy guy who does his best and is grateful for his talents. I since that making people laugh is his greatest joy. Animation and music is my life and he fills both of those categories for me, so it was very easy to become attached to him. But seeing him in interviews and reading translated blogs and scans… I truly admire him. Even the boundary of language doesn’t change that.

Listening to his music or watching his anime in turn makes me happy. I try and think about where my fangirl life would be without him, and I think it would be empty. Sure I have plenty of American anime voice actors and voice overs to obsess over, but none of them can replace what Mamo is to me. 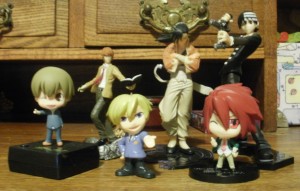 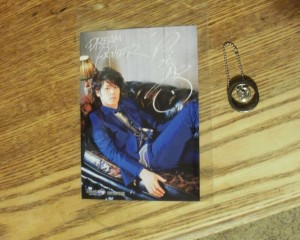 (just realized I don’t have the latest album FANTASISTA on here. Ah well)

So there you have it. My favorite celebrity. The main reason I am posting this now is because he is turning 29 on Friday 😀 In parting, have a derp: 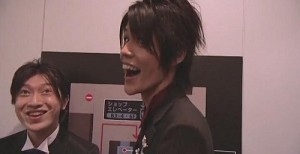