The wait is over – I finally got my hands on Viz’s English adaption of Tiger & Bunny.

Okay, I’ve actually watched a few episodes streaming on the internet from people that yoink from iTunes and record from Neon Alley. I’ve been really anxious, leave me alone! Ahem. Here’s a dub trailer 😐

Kotetsu is a veteran hero. Being the eldest of Hero TV (a television program that broadcasts the hero’s catching of criminals and saving lives, and earn points for their sponsors), his comrades find his methods and ideals old-fashioned. It doesn’t help his reputation that he’s a clumsy goofball and ends up wrecking more property than saving people. When his sponsor goes out of business, he’s referred to a new company and is forced to partner with a cocky kid named Barnaby (of which he jokingly/affectionately refers to as “Bunny”), who is only interested in winning points.

Criminals start showing up, baring the mark of the Uroboros on their bodies. Barnaby’s main purpose of becoming a hero using his full name was to track down the ones responsible for his parent’s death, and he believes the Uroboros to be behind it. The organization takes the city hostage until their comrade Jake is released. Jake is set free, but he does not want to set the city free, and instead faces the heroes on a one-on-one battle.

I really love this show. It’s so chillax and light-hearted despite subtle dark undertones. It reminds me a lot of the type of cartoon you’d wake up to watch on a Saturday morning. Who doesn’t love superheroes? It’s also like if The Incredibles was a TV series and being a Super wasn’t frowned upon. A very character-driven series. There’s a character for any demographic – single father, bachelor, gay, child, woman, man, tomboy, teenager… It’s, in all sense and purposes, a Buddy Cop series. You have two unlikely partners forced to be a team and eventually grow to be the best.

The art style is crisp. I’m fond of how nothing is outlined in black, it’s all in browns. The setting is like a futuristic New York, yet the attire is still of the past.

I do not regret buying this on Blu-ray. Well, the blu-ray refined certain scenes where the budget was lower and faces looked, what I like to call ‘derp’. I do miss those, but it’s nice to have it much more shiny.

As for my thoughts on the dub – I believe ANY fan of the sub will love the dub. Each cast choice fit. I had high hopes back at my announcement post and I am quite pleased with the results. Certain lines have been changed to suit and American audience, and it works well. Sure, I miss some of the stupid things from the Japanese, but it’s nice to see a very comparable adaption. As with any dub, you have to give it a few episodes for each cast member to get cozy in their role. I’d say the cast’s chemistry is fairly up to par with the Japanese.

Though, the one cast I loved instantly upon hearing was Yuri Lowenthal’s Barnaby. I didn’t think it was possible to sound more of a prick than Masakazu Morita, and that’s saying something. It’s like Yuri was born to be Bunny. It will make his character development in part two that much more awesome!

Wally Wingert’s Kotetsu brings a younger tone, but the goofy, father-figure is still there. He has a lot of heart, and I’ve enjoyed his Kotetsu. Kind of like an adult that’s trying to fit in with the youngins. Super sweetie and dork-extraordinaire.

Since I haven’t known John Eric Bentley from ANYTHING, he gets to forever be Fire Emblem in my mind. Kenjiro Tsuda has a very un-gay voice, so it was super hilarious whenever he spoke (though, I think it was more cause I knew him from other roles). However, John brings an amazing voice to Fire Emblem in a way that is relate-able to the west. So many gay puns. Probably one of the most hilarious adaptions.

I knew Patrick would nail the over-the-top Sky High. Dave Wittenberg turned out to be even more hilarious as Saito than I anticipated. Everyone else has done as good of a job as I thought they would. Oh! Steven Blum as Jake turned out more fantastic than I thought – Steve is just amazing in whatever he does – evil, messed up, and awesome.

Again I say – If you love the sub of Tiger & Bunny, the dub is sure to please. At least in some aspects. It deserves a chance. But if you don’t like it, I’ll just tell you, you’re wrong 🙂 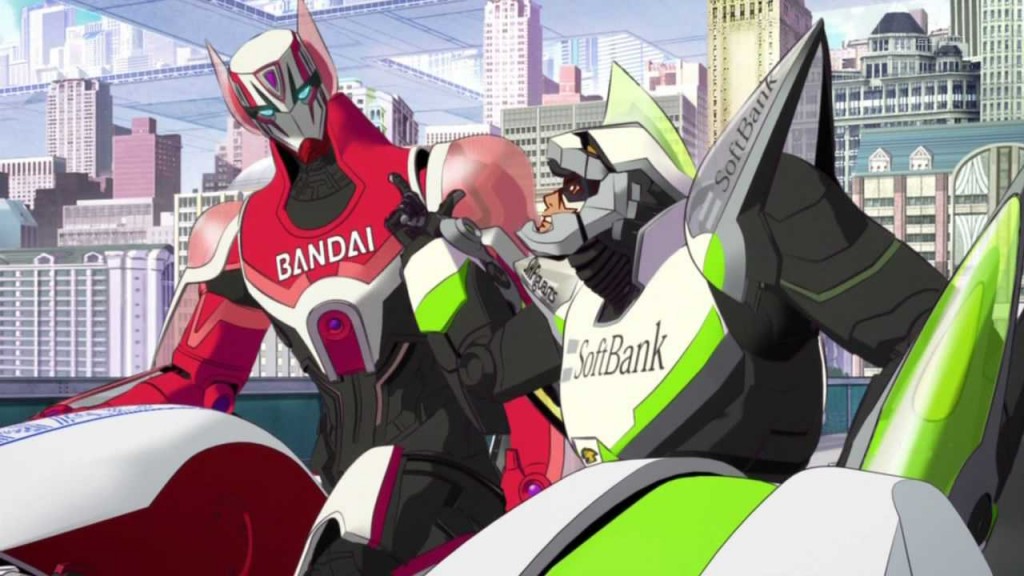