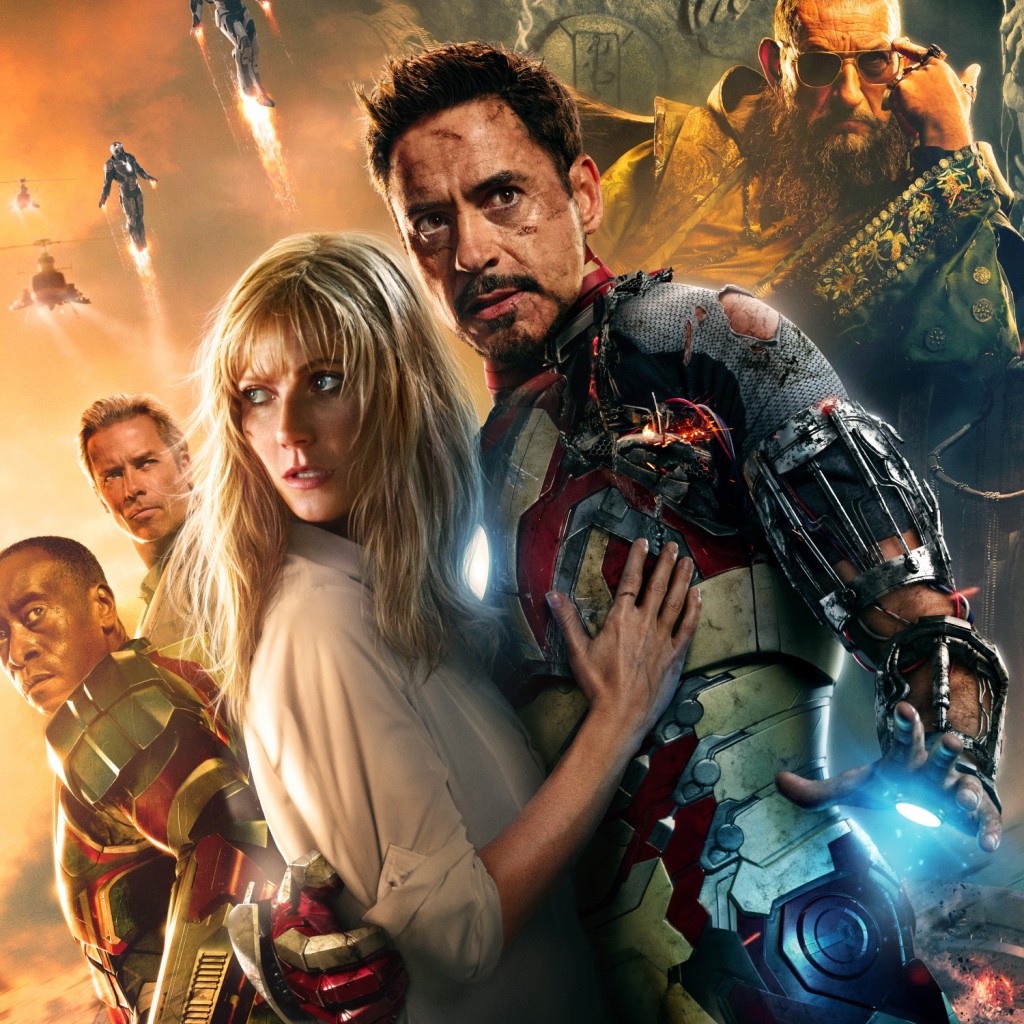 Iron Man 3 will forever hold a special place in my heart. Not only was it a fantastic movie, Zach and I saw it our wedding night as we got married on its release date. Yes we are big nerds, but you readers should have already gathered that by now.

IM3 is the first movie in the Second Phase of the Marvel movie universe and picks up where Avengers left off. The events of New York leave Tony Stark unexpectedly traumatized – PTSD to the point of panic attacks. To combat his restlessness, he builds even more suits, which leaves a very sad face Pepper that her Tony-kins is neglecting her.

Meanwhile, an terrorist by the name of The Mandarin is bombing places and people and is baffling the authorities on how its done. Once Happy, Tony’s bodyguard and friend, is attacked is when Tony decides to personally involve himself and declare war against the Mandarin.

Now knowing Tony’s address, the Mandarin attacks his home and suits and JARVIS auto-pilot helps him from a previous destination co-ordinance to Tennessee. There he teams up with Harley, a 10-year-old boy to help him repair his suit and put more pieces of to the puzzle of the Mandarin attacks. He discovers the “bombings” are triggered by soldiers subjected to Extremis, which at this stage of development can cause certain subjects to explosively reject it. After veterans started exploding, their deaths were used to cover up Extremis’ flaws by manufacturing a terrorist plot. With Harley’s help some more, Tony locates the Mandarin.

With his suit not being ready, Tony infiltrates the hideout with homemade gadgets from Home Depot, where we have one of the most hilarious reveals in film history – The Mandarin shown on TV is nothing but a British actor named Tyler, not this menacing Chinese man that will bomb people. He’s nothing but a costumed mouthpiece.

Which leaves us to the question of who is the actual Mandarin? None other than the dweeby guy, Killian, from Tony’s flashback at the beginning of the movie / the dude that has been trying to steal Pepper! And just plain get back at Tony for rejecting him years ago to fund his projects.

Epic battle ensues as Tony remotely calls all his suits that survived the attack on his home. A kidnapped Pepper falls to her apparent death. Furious, Tony calls a suit and incases Killian in the suit and self-destructs. Unfortunately it does not finish him off completely. Tony is near to the point of giving up, when Pepper miraculously shows up and proceeds to beat the crap out of Killian and kills him.

Tony then orders JARVIS to destroy all the remaining suits as a sign of his devotion to Pepper. The movie ends with Tony helping Pepper stabilize her Extremis powers and undergoes surgery to remove the shrapnel near his heart and his reactor that had been keeping him alive.

Don’t you dare leave before the credits! You should all know by now you don’t do that for Marvel movies!

I loved this movie – definitely will be of my favorites of 2013 by the end, I’m sure.

While it’s not supposed to be funny, I like that Tony developed PTSD – it rocked his logic so hard with the aliens… and the whole almost dying thing. But it shows how real the disorder is and even someone like Tony can have it. He continues to have a lot of heart despite what he comes off as on the surface. He really truly does care about Pepper and you see it a lot in this movie. When Killian shows Tony that the Extremis has been injected into Pepper, you can see how his heart just breaks and wants to kill Killian. And how pissed he got when Happy got hurt?

It surprised me that he went through the surgery to the shrapnel out. It had become a part of him so much, yet it was causing him a lot of greif. Just makes me curious about the movies to come.

Really awesome performances from the returning cast. There is so much chemistry between all of them and I love it. I can’t wait for the next Avengers movie. Or Tony showing up in the other films if that happens.

Due to the success of The Avengers, Iron Man 3 did amazing in the box office. I predict it will keep happening. 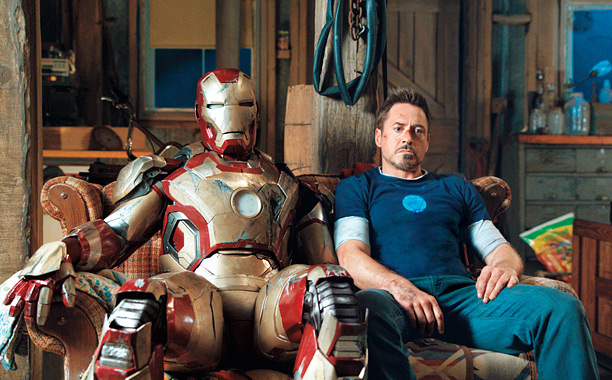